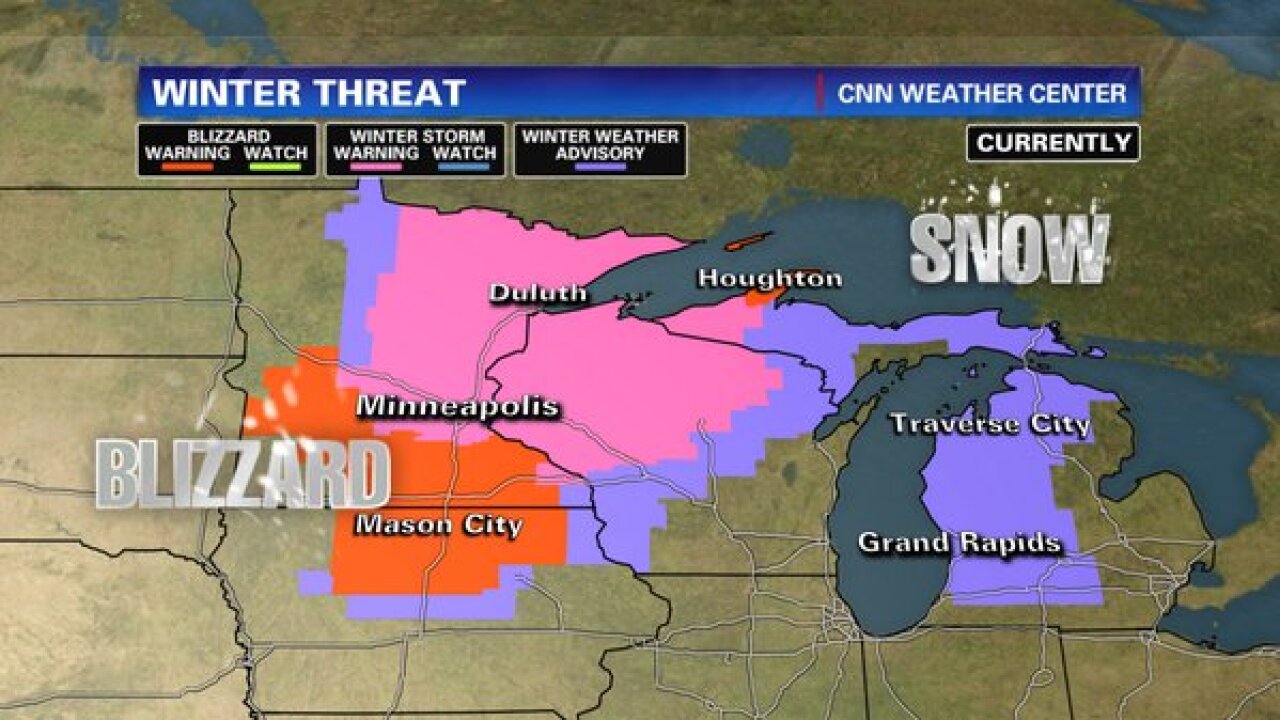 The National Weather Service predicted the storm would affect the Upper Midwest, Great Lakes and the Northeast, with blizzard conditions in Minnesota and Iowa and strong winds across a portion of the Great Lakes and Ohio Valley.

And there is a risk of tornadoes from the Southeast coast to the lower Mid-Atlantic coast, she said.

Heavy rains and temperatures warm enough to melt snow have raised the risk of flooding, with flood watches being issued for Cleveland, Philadelphia and Buffalo, New York.

On Thursday night, storms and high winds swept across Tennessee, pelting Nashville with rain and hail and leaving thousands in the dark.

In Illinois, damaging wind and golf ball-size hail were reported overnight. About 24,000 people in the state lost power, according to utility Ameren Illinois.

“We have some power lines down and a little water in the road in some places,” said Pam Jacobs, director of the Effingham County Emergency Management Agency.

John Dwyer, emergency management coordinator for Champaign County, reported road flooding and standing water in farm fields. He said the flooding was caused by 3 inches of rain Thursday coupled with the snow melt. The National Weather Service said radar indicated rainfall of 3 to 4 inches per hour.

The Illinois State Police reported that fog caused a wreck on Interstate 57 in northeast Illinois, involving at least 27 vehicles. Authorities said they received reports of injuries, none of them life-threatening.

In Tennessee, Memphis Light, Gas and Water Division reported that 4,450 customers lost power at the peak of outages in Shelby County, Tennessee, which includes Memphis.

CNN’s Ed Payne and Ralph Ellis contributed to this report.