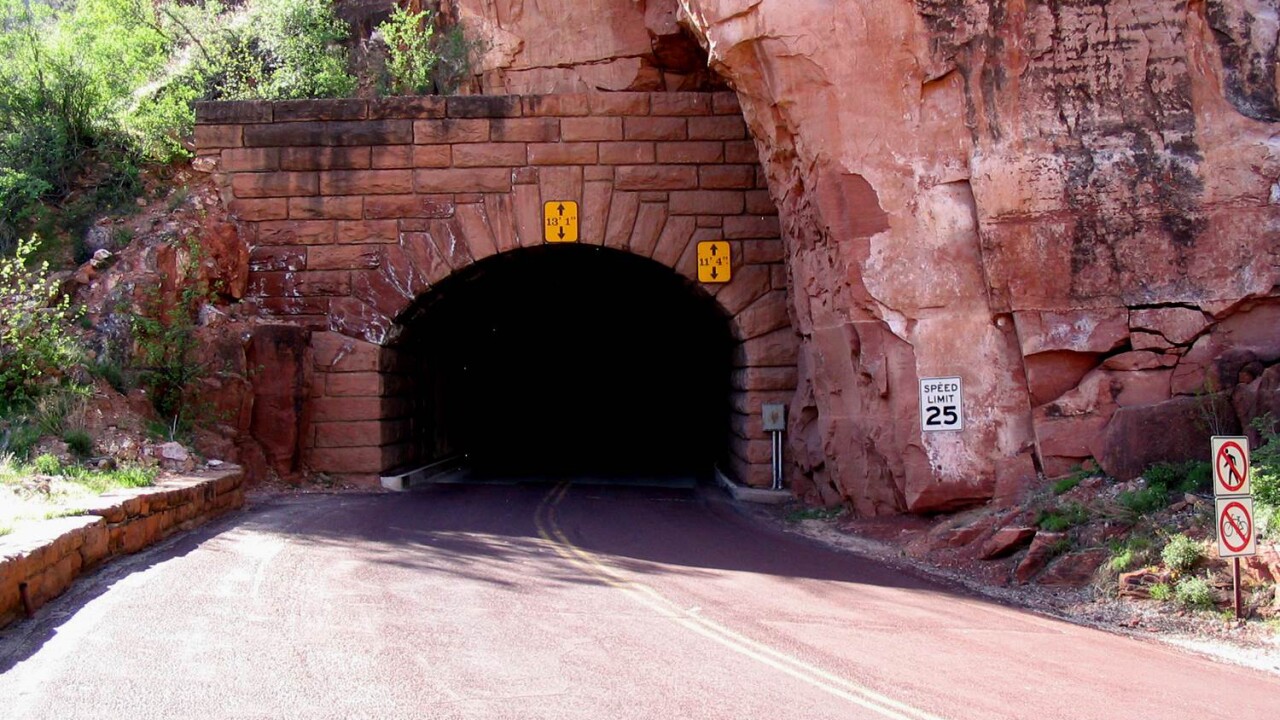 ZION NATIONAL PARK – A West Jordan man was seriously injured in Zion National Park Friday, and officials said he was among eight people who attempted to bike through the Zion-Mt. Carmel Tunnel illegally.

According to a press release from Zion National Park, two of the cyclists hit a tunnel wall and crashed, and a 51-year-old man from West Jordan suffered “significant head trauma.”

The man was taken to a hospital by ambulance; the other cyclist involved in the crash declined medical care.

Officials said in the release it is illegal to bicycle through the 1.1 mile-long tunnel due to safety reasons. Officials said the eight were part of a larger group of 12 who had arranged to be shuttled through the tunnel, as per protocol, but eight of the group members, including two minors, decided to ride through instead. The group entered the tunnel around 4:30 p.m. Friday.

According to the release, one of the cyclists told officials, “As soon as we rounded the corner, it was like pitch black, and that’s where it happened… he was just lying there. They were in a bad spot, and only two of the bikers had little flashers. I thought, ‘someone else is going to get killed.’”

The cyclist went back to the mouth of the tunnel to alert incoming traffic of the crash.

“That was my first thought cause I didn’t want anybody else to get hurt,” the cyclist told officials. “It was really stupid what we’d done… I think we all learned our lesson and we now have to pay the price.”

Park rangers issued violation notices to the group. The current condition of the injured cyclist is unknown.