UTAH COUNTY -- A Utah Highway Patrol trooper was uninjured after his vehicle was hit by a semitrailer early Sunday morning in Utah County, and police said the driver of the semitrailer resisted arrest and may have been under the influence.

The trooper, James Wright, had just completed a traffic stop on Interstate Highway 15 near mile marker 282, which is near Lehi. While completing notes on the stop, a passing semi drifted out of its lane and sideswiped the trooper’s vehicle.

“Trooper Wright was off in the emergency lane, the right emergency lane, about 5 feet off from the fog line," he said. "He’d just cleared the traffic stop, the violator had left. He had turned his emergency lights off, but it was still dark enough that his headlights and tail lights were on. As he’s sitting there cleaning up some paperwork, a semi driver sideswiped his car and really damaged the driver’s side of his car.”

The trooper was uninjured, but his vehicle had to be towed.

"It was a good side swipe from an 80,000-pound vehicle," Christianson said.

“They noticed the driver was exhibiting some abnormal behavior,” he said. “He was fidgety, he wouldn’t hold still, they thought he might be impaired. So they decided to check him for sobriety. As they were working with him on the field sobriety test the driver.... He just took off on foot and ran away."

The suspect was quickly recaptured. Christianson said officers searched the man and found what appeared to be methamphetamine.

According to a press release from the Lehi Police Department, the driver is 49-year-old Steven Sturgis Bell.

According to the press release, Bell was booked into the Utah County Jail on the following charges: Felony DUI--drugs, felony drug possession, misdemeanor drug paraphernalia, misdemeanor resisting arrest, and "multiple traffic and vehicle violations related to the accident." 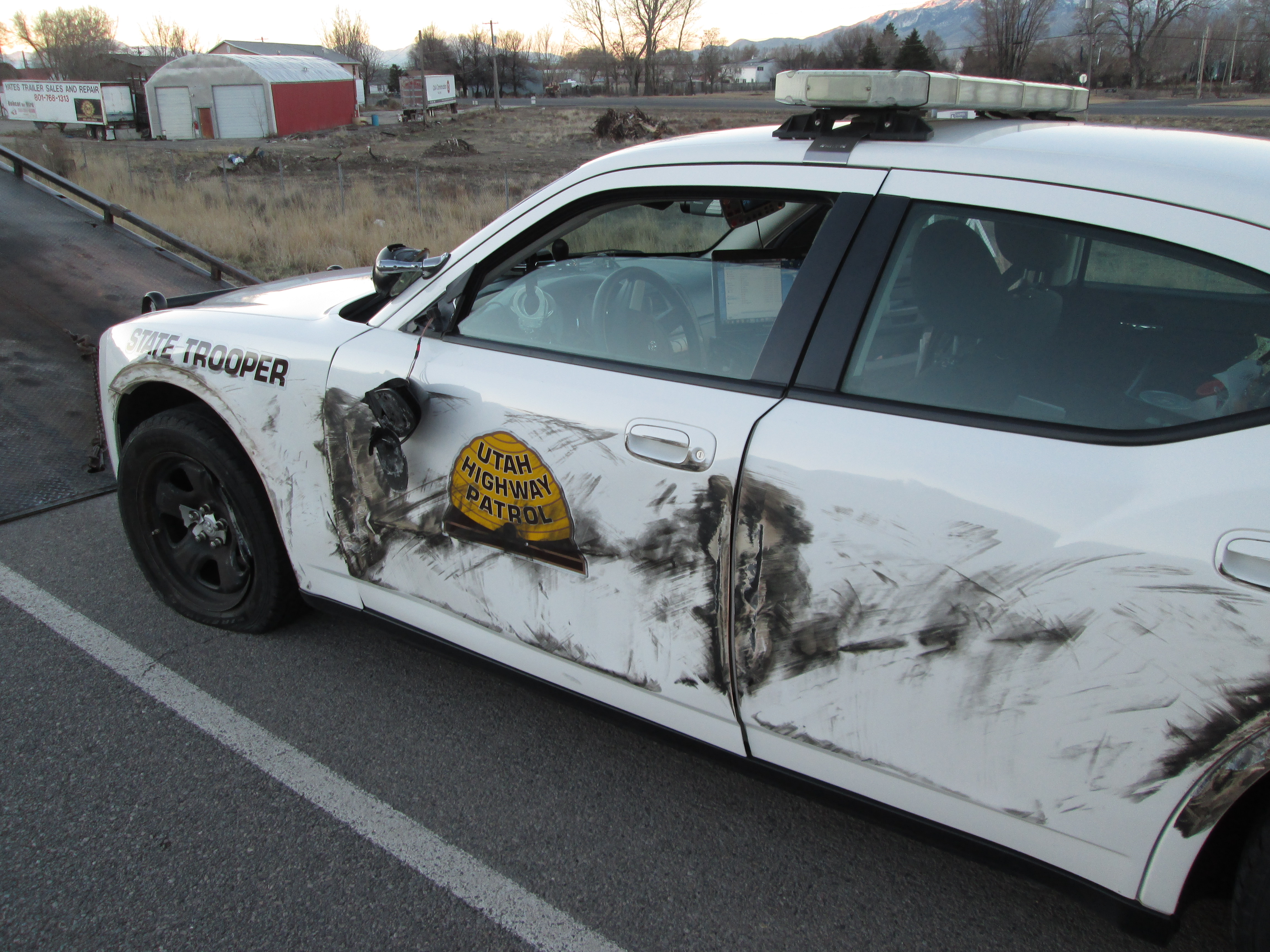