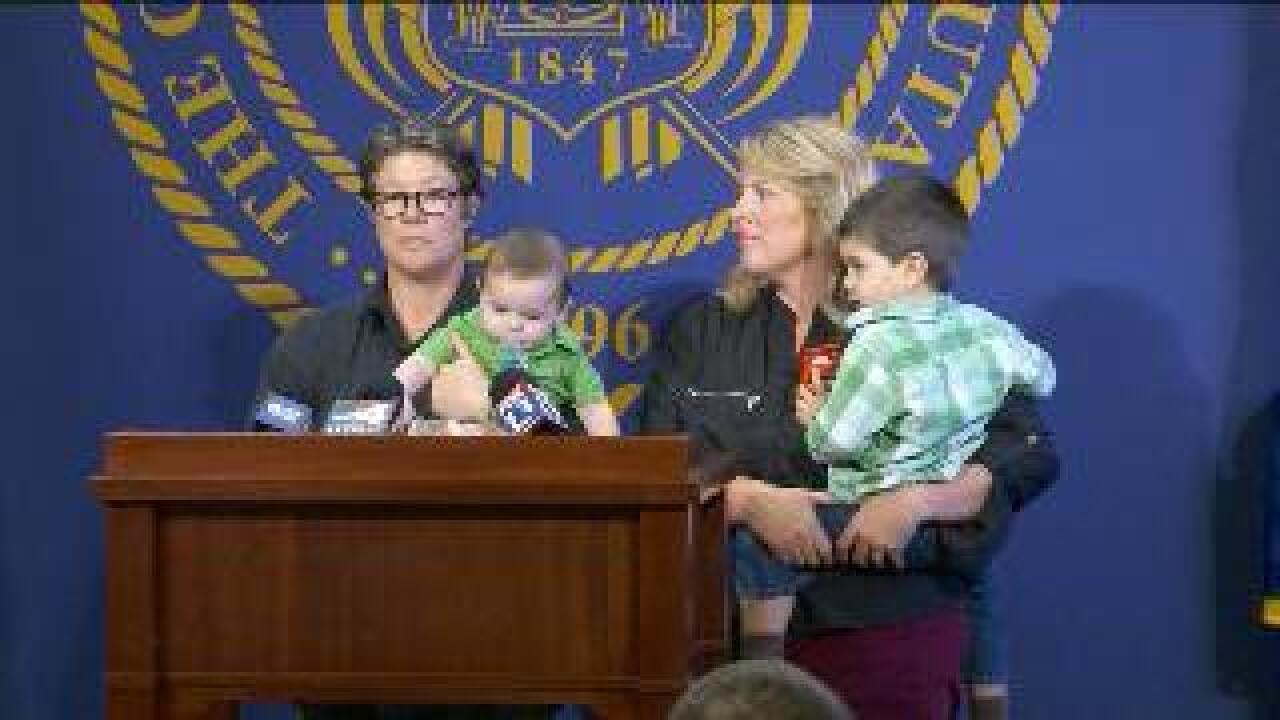 Adoption attorney Laura Milliken Gray said she is representing six couples seeking to adopt the children they are raising -- until the attorney general's office intervened.

"The attorney general has elected to interfere in these step-parent adoption cases by filing memorandums in each individual case and denying that the couples have the legal right to adopt their children," she said. "My clients are heartbroken that the state is taking this position."

FOX 13 obtained a copy of the memorandum, that cites Utah adoption law statute that "allows a child to be adopted by adults whose marriage is valid under Utah law, and conversely prohibits adoption by adults who live together in a relationship not recognized as a lawful marriage under Utah law."

In December, a federal judge declared Amendment 3 unconstitutional, overturning the state's same-sex marriage ban. An estimated 1,300 same-sex couples married in 17 days before the U.S. Supreme Court granted a stay, pending the state's appeal. Governor Gary Herbert initially ordered the state to offer services to legally married same-sex couples -- then reversed that position because of the appeal.

The Utah Attorney General's Office argues that because the U.S. Supreme Court granted a stay of same-sex marriages while it appeals a judge's ruling overturning Amendment 3 -- the constitutional amendment is still law.

Amendment 3, passed by Utah voters in 2004, defines marriage as between a man and a woman and does not recognize anything else.

In the filing, Utah Attorney General Sean Reyes' office acknowledges that the Amendment 3 ruling may be upheld and says same-sex couples may then be able to adopt.

"Because petitioners have the right to adopt in the future based on the outcome of Kitchen, the attorney general maintains that petitioners' adoption proceedings should be stayed until Kitchen is finally resolved," it says. "Alternatively, petitioners can voluntarily dismiss their petition and re-file, if appropriate, once the Kitchen litigation is resolved."

Utah Attorney General's spokeswoman Missy Larsen confirmed the office had filed memorandums in some adoption cases, but only at the request of the judges deciding the cases.

The judges are not bound by the memorandum, she told FOX 13.

At a news conference Friday, many of the married same-sex couples vented at the state.

"I think it's really more frustration than sadness and anger," said Kathy Harbin, who is trying to adopt the sons she has with her wife, Michelle Call. "I think there's always a little bit of anger because it just doesn't feel fair. It's not right and we just want to be able to take care of our kids."