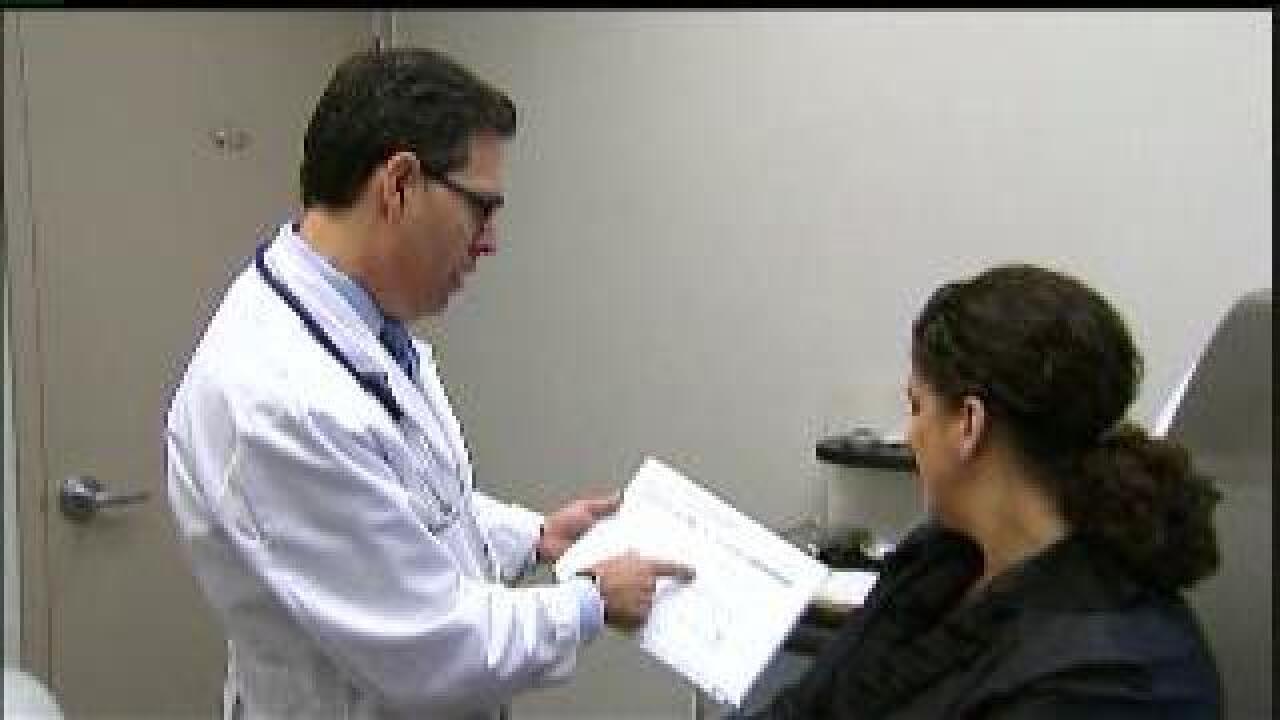 SALT LAKE CITY -- When states, like Utah, didn’t expand Medicaid as of January 1, thousands fell into a coverage gap.

It’s a place where people earn too little to qualify for the health-law subsidies to buy private insurance, and they earn too much to get Medicaid under current state law. Now, they’re just waiting in limbo.

Gov. Gary Herbert announced Thursday he hopes to use federal funding for a state-run program rather than accept a Medicaid expansion.

At the Odyssey House of Utah in downtown Salt Lake City, there’s always room for extra help in the office.

“They should take the help. These people really need services, and they’re being denied because they don’t have the ability,” said Kristine Payne, admissions director at Odyssey House.

In this case, Payne is talking about federal help--Medicaid funding she would like to see Utah accept. She hopes it will trickle down into the substance abuse treatment center she helps run.

“I think federal dollars means that we’re going to be able to support folks who otherwise won’t be able to get that help and continue to commit crimes and end up in the legal system,” Payne said. “And we just continue on with the battle to help those folks.”

Half the people who visit the facility are uninsured, according to Payne, passing the financial burden on to them.

“If we could get Medicaid expansion, people could get services they really need,” she said.

There are about 55,000 Utahns currently waiting to see what lawmakers decide to do about the expansion.

“I’m in that area financially where I can’t go to the doctor,” said Salt Lake City resident Christopher Soule, who has not sought medical treatment in about five years.

“I make about $260 a week,” he said. “And with rent and all those things, that amount of money is not enough to be able to do things like that. I’m trying to figure it out. And I’m willing to do something. But I just can’t afford to walk in and go to the doctor. Whether it’s a copay or not, I can’t afford that. I obviously can’t walk in and slap down $200 to see a doctor, whatever it even costs these days. I have no idea.”

Until he can find the money, places like Odyssey House will continue to try to help as they wait for more assistance from the state.

“We absorb their costs just through the agency, but it still severely limits our ability to provide more access to medical treatments or medications that they would normally need,” Clinic Director Jessica Latham said. “I want to be able to treat these people and get them the care they need.”