Unrestrained dog causes car to crash, flip on its side 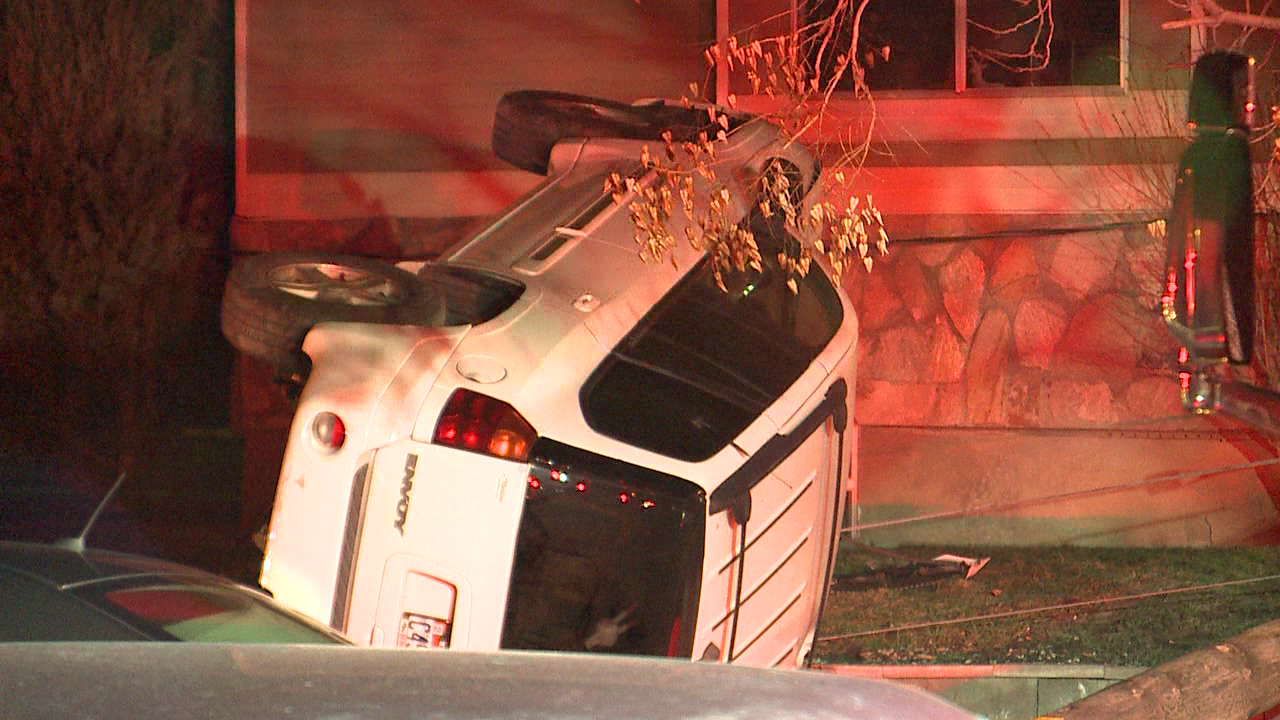 SALT LAKE CITY – A car flipped on its side in Salt Lake City Friday night, and police officials said a dog inside the vehicle caused the accident.

Police officials said a dog in the backseat of the car jumped into the front seat and bumped the driver, which caused the driver to flip the vehicle—which crashed into a power pole.

Police said there was a driver and three passengers in the car, including two children. No one was injured. Sgt. Charli Goodman of the Salt Lake City Police Department said everyone was wearing a seat belt, and she said it’s important to secure animals.

“It is a good reminder to have our pets and our dogs secured in the vehicle, with maybe a cage along that backseat to keep them in the back if it’s an SUV, because the dog, when it jumped over the seats, caused a distraction and bumped the driver, so that they lost control of the vehicle,” she said.

Rocky Mountain Power crews are on scene to repair the power line. There is a power outage along the block that is expected to last for several hours.