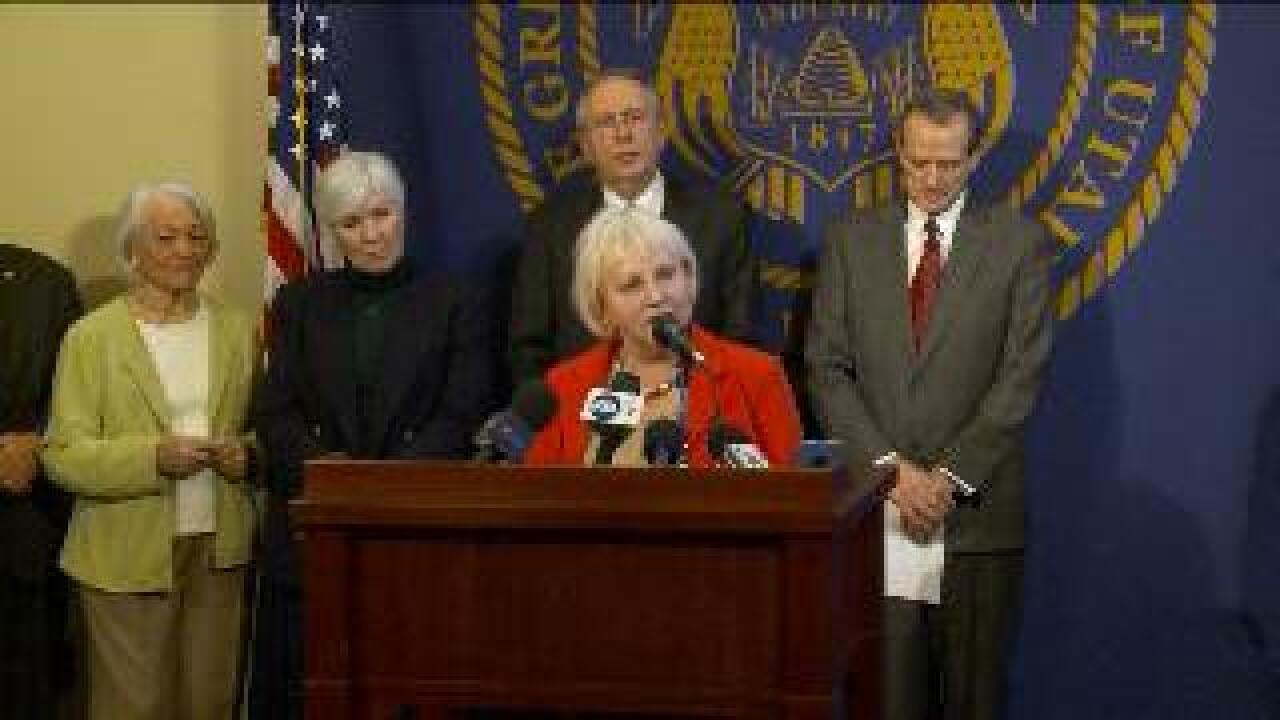 SALT LAKE CITY -- Leaders in the Utah Legislature and the Count My Vote Initiative held a press conference Sunday at the State Capitol to officially announce a deal has been made that will change the way Utahns elect their leaders.

Utah legislators from both sides of the aisle, as well as officials with Count My Vote , call this a great compromise. The deal includes both the caucus convention system as well as a direct primary election.

“We are confident that the results will be a win for voter turnout and citizen engagement,” said Wayne Niederhauser, a Republican who is President of the Utah Senate.

A press release issued Saturday by CMV officials and Utah legislators officials stated: “The new legislation will preserve Utah’s caucus-convention system and provide a direct primary alternative based on gathering a threshold of voter signatures."

Utah legislators stood side-by-side with officials from the CMV initiative and announced a compromise had been struck between the two after months of discussion and debate.

“I think people are going to look at it and say, 'This is fairly historic, quite landmark and an evolution that will make a big difference,'” said Rick McKeown, executive chair of Count My Vote.

Senate Bill 54 will continue Utah’s caucus convention system as well as add a direct primary, which is what Count My Vote wants to initiate.

“There’s a lot in there for everybody,” McKeown said. “It includes the addition of a direct primary. It includes additional openness in those primaries.”

Those backing the bill said it provides benefits of both systems and an opportunity for more primary elections open to non-affiliated voters.

“This piece of legislation will give working families portals so that they can run and vote in the state of Utah,” said Sen. Karen Mayne, a Democrat and the Utah Senate Minority Whip.

Blake Cozzins of Protect our Neighborhood Elections said he didn’t see the move as a compromise.

“It’s a surrender, not a compromise,” he said. His organization has opposed the efforts of Count My Vote in recent months.

Officials with Protect our Neighborhood Elections call SB 54 unconstitutional and said they plan to fight it.

“An alternate path to the ballot allows someone to skip the convention,” Cozzins said. “Any rich candidate can just skip the convention, skip the grassroots and pay people to go door-to-door to gather signatures. Essentially it does destroy the caucus system.”

"While we may not fully agree on the details of the compromise, we are supportive of our Republican legislators because we believe they are acting in good faith, making the best of a difficult situation, and doing what they believe is in the best interest of Utah."