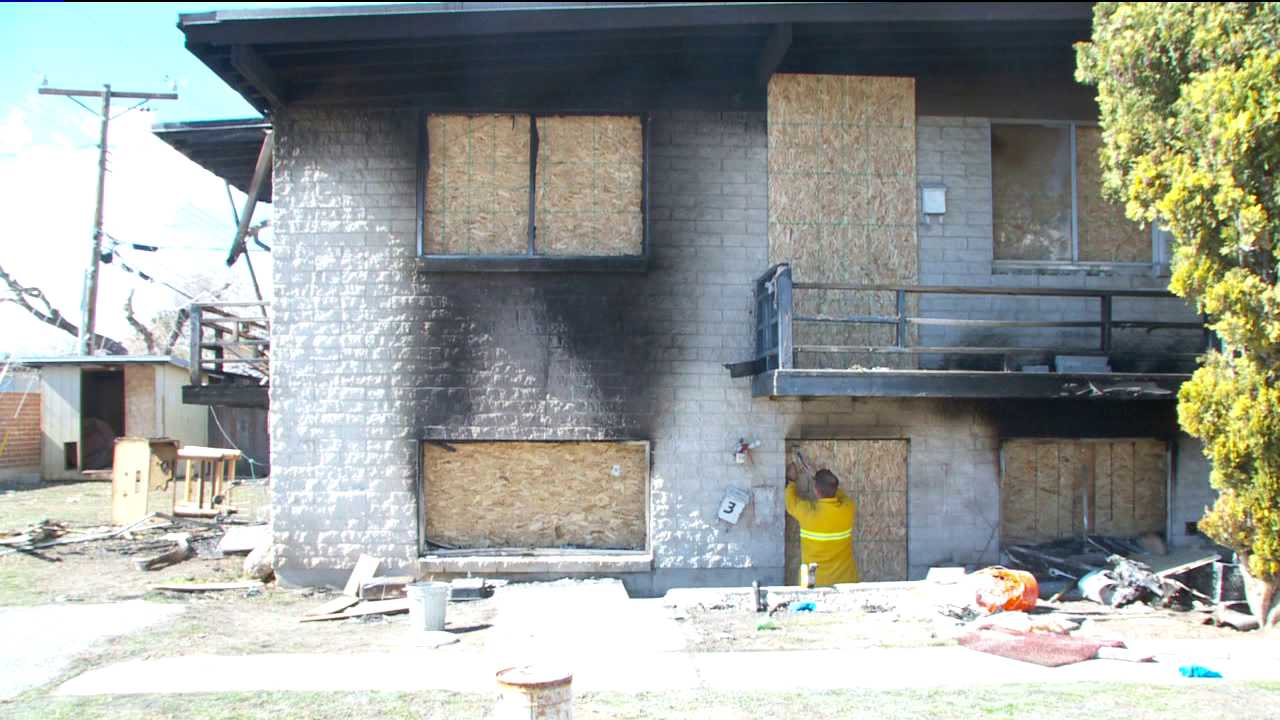 Fire crews responded to 2970 West Leon Ave. at about 3 a.m. Sunday, and officials said they believe it is most likely the blaze was caused by a candle or cigarette.

All occupants were able to get out of the structure, though some were taken to a hospital to be treated for smoke inhalation.

Maria Iribe was one who escaped the building, and she said they had to improvise an exit.

“I woke up and let my parents know there was a fire, and we all just ran out, and we had to jump the balcony because it was all like fire everywhere, and then that’s when the ambulance and the police came,” she said.

Officials with the American Red Cross are assisting the displaced families. Officials said two apartments are a total loss.