Police: Woman in critical condition after being struck by semi

Deputy Chief Mike Powell of the West Valley City Police Department said the victim is a 50-year-old woman who suffered head and leg injuries and is in critical condition.

Powell said the woman was struck as the truck was making a right turn. The cause of the accident was not immediately clear. Investigators are reconstructing the accident to determine the events leading up to the crash.

See the video above for the latest information.

The Utah Department of Transportation initially reported the left lanes of westbound 3500 S and all of the eastbound lanes of 3500 S were closed as well as the northbound right lane of Redwood Rd. FOX 13 News' Gene Kennedy reported later that lane closures in the area were minimal. 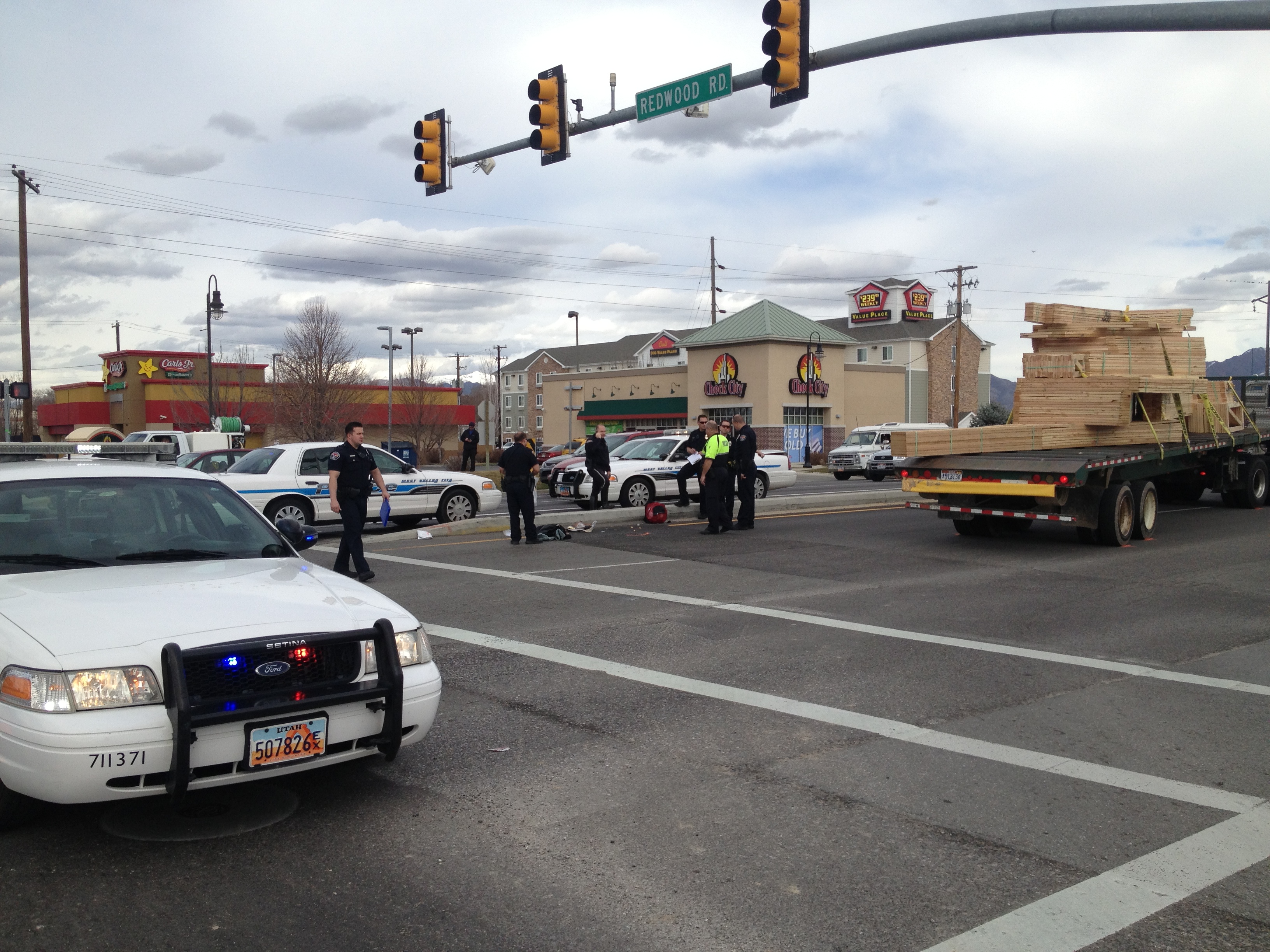