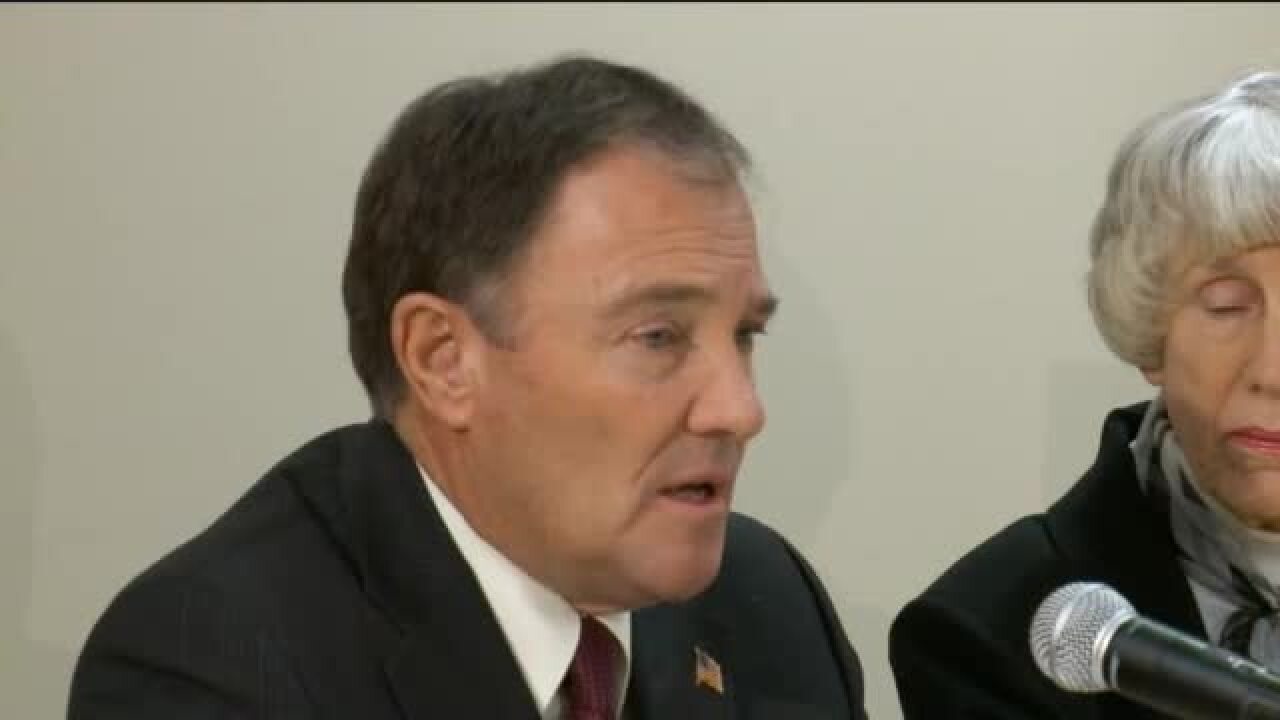 SALT LAKE CITY --Utah Gov. Gary Herbert took his new health care plan to the street Thursday, 4th street in Salt Lake City to be exact, where he toured a health clinic and met with the very people his plan aims to help.

Herbert came in through the clinic waiting room, where he shook hands and spoke with real patients at the Fourth Street Clinic. This Salt Lake City clinic offers primary medical care to thousands of homeless, uninsured Utahns.

“The facts of the matter are, there are people that need help and charity is a part of that, volunteers, we see that right here in this clinic,” he said. “People step up and good neighbors try to step up and help out.”

Last week, Herbert introduced his Healthy Utah plan, which would take $258 million from the federal government and use it to support health insurance premium payments to help Utahns who fall through the cracks of government services.

Herbert came face to face with some of the people his proposal aims to help on Thursday. Uninsured Utahn Stacy Davis-Stanford was among them.

“Receiving access to healthcare would change my life in every single way possible,” she said.

Davis-Stanford said the governor’s plan is a breath of fresh air after years of being denied Medicaid for a debilitating condition that doctors can’t treat or even diagnose because she can’t get coverage to see them.

“It is not just me, I am here on behalf of others in the exact same situation as me if not worse,” Davis-Stanford said.

The governor faces a pretty big hurdle: the Speaker of the State House, Rebecca Lockhart, R-District 64, wants to reject any money affiliated with The Affordable Care Act, also known as Obamacare, and she said she opposes the governor`s plan because of the federally funded money attached. But Herbert said it's taxpayers money going back to the people who need it.

“Doing nothing is not an option, so we’re gonna do something, and I’m optimistic my plan is the one with the optimal approach for the people of Utah,” Herbert said.