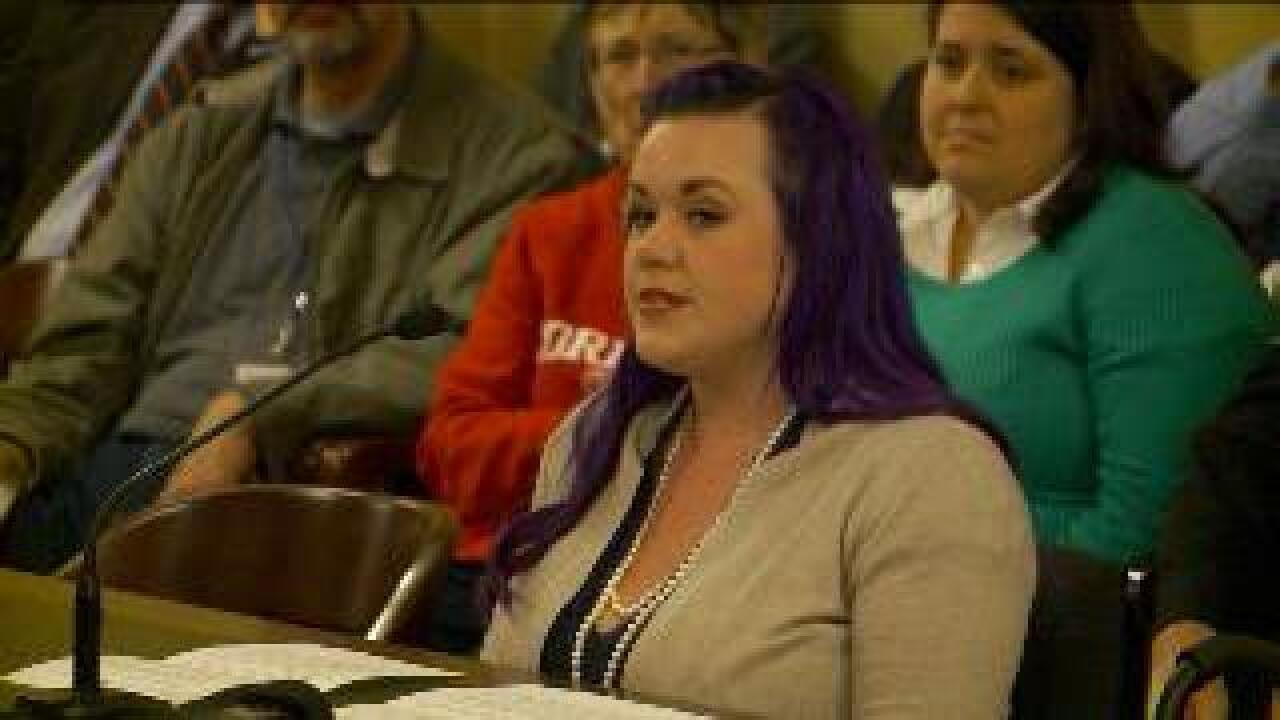 SALT LAKE CITY -- There was emotional testimony from uninsured Utahns at the State Capitol Thursday night.

Half a dozen lawmakers listened intently to their stories, but is it enough to sway a divided legislature? Still no answer to that question with just five days left in the legislative session, and with only six lawmakers listening to last night's testimony, it's tough to know how much impact these stories will have.

While the Senate, House and Governor fight over what the best plan is to expand Medicaid, real Utahns' lives hang in the balance.

One mother of four spoke during the meeting about her struggles: "I arrived at the doctor's office and it was the most dreadful feeling I ever had. Here I was facing a medical situation and I had no health insurance. How on earth will I get through this?”

Stories of real life struggles were shared by uninsured Utahns who fall into the wage gap lawmakers are trying to close by reaching a compromise when it comes to expanding Medicaid.

"About four years ago my life was turned upside down and I was a passenger in a horrible car accident, as a result I lost my job, and after my job I lost my health insurance," said Stacey Davis-Stanford, who is now in a wheelchair.

There was the story of a 14-year-old girl named Avery who talked about the sleepless nights she has, wondering when and if her mother, who almost died from cancer, will have health insurance again.

"I worry about it every night,” she said. “I go to bed and always think, ‘Is she going to be OK, is she going to live?’ because she's the only person I have in my life."

A former U.S. Marine who served his country said his wife's stroke led them down a road to bankruptcy and a life without each other.

"At 67 a disabled veteran, I came home from work one day my wife was gone, 67 alone in the depths of bankruptcy for a stroke I didn't even have: Marines don't cry, but they do," Richard said as he got emotional.

Dozens of Utahns shared their stories with only six lawmakers in the room.

"On the one hand it's frustrating that not more of the Senate and the House were able to attend, now this is a really busy time, so we have late committee meetings and other commitments," said Senator Brian Shiozawa, a Republican from Cottonwood Heights who was at the meeting.

Senator Shiozawa, who is sponsoring legislation that would expand coverage for tens of thousands of Utahns without health insurance, said the stories shared are something more lawmakers should have heard.

"This isn't a faceless nonworking entitled group of people, rather real people who want to work and want to get on with their lives but need the health care which is so vital for them,” he said.

Senator Shiozawa echoes something the Governor has recently said: there's no doubt in his mind the legislature will hold a special session to hammer out a deal when it comes to Medicaid expansion. Special sessions typically cost taxpayers tens of thousands of dollars.