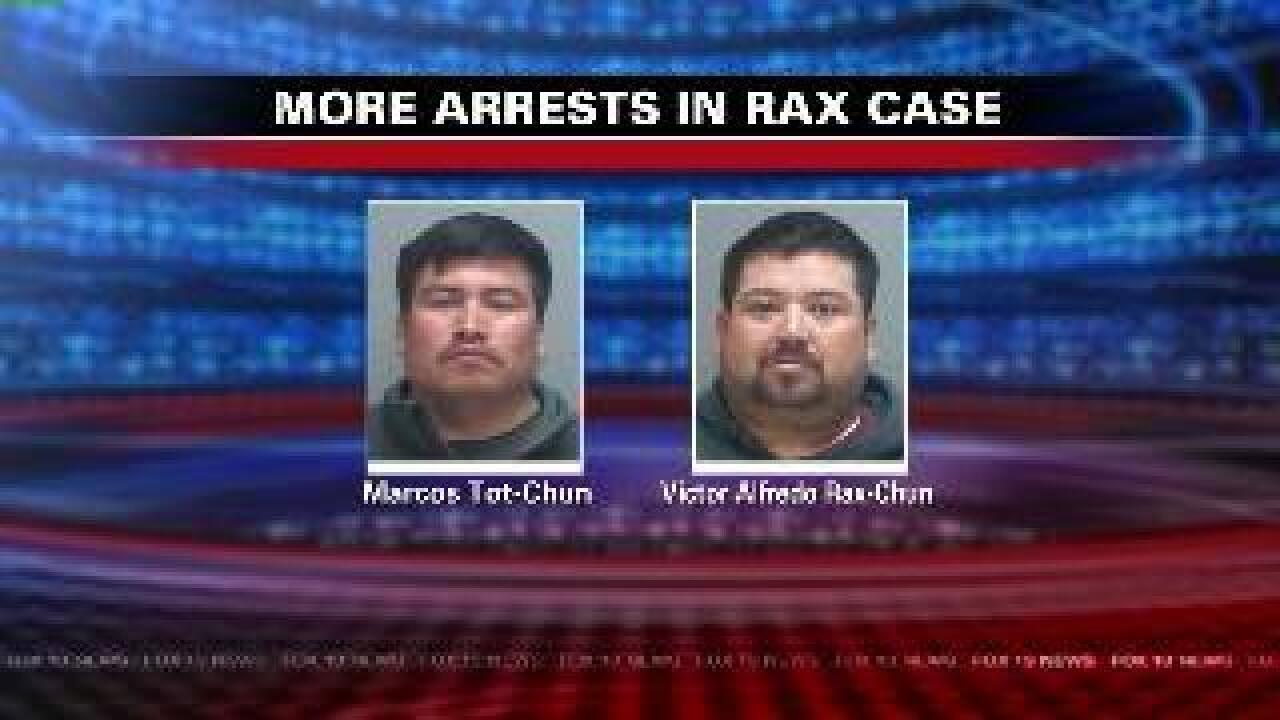 According to agents, the key to the case against Rax is the testimony of his alleged victims, all of whom are or were teenagers whom Rax would allegedly sexually abuse and then force to sell drugs at local schools.

FOX 13 News was there when police arrested Rax in February. Last week it was reported more than two dozen potential male victims have come forward to interview with detectives, but it appears the suspect used one of his brothers in an attempt to tamper with at least one of the victims.

Thursday, agents with the Utah Attorney General's Secure Strike Force arrested Marcos Tot-Chun and Victor Alfredo Rax-Chun. Marcos is being held on an identity theft charge and an immigration hold, while Victor Alfredo is charged with witness tampering.

Agents said they intercepted and then interpreted a jail house phone call from Victor Manuel Rax to Victor Alfredo, where he asked his brother to speak with a witness in the case and tell him not to appear in court.

When confronted with the information, Victor Alfredo admitted he had contacted the witness, and the witness came over to his house.

Since Victor Manuel Rax was arrested in February, police said it has been a difficult case because the alleged male victims felt shame about being raped by an older male. The alleged victims were also worried because they or their families are not U.S. citizens.

"We've been able to get corroboration from a number of sources who are willing to testify, or willing to talk," said Ken Wallentine, Chief of Law Enforcement for the Utah Attorney General. "So I think Mr. Rax is now at the moment where he will face justice finally."

All three brothers remain behind bars at the Salt Lake County jail.