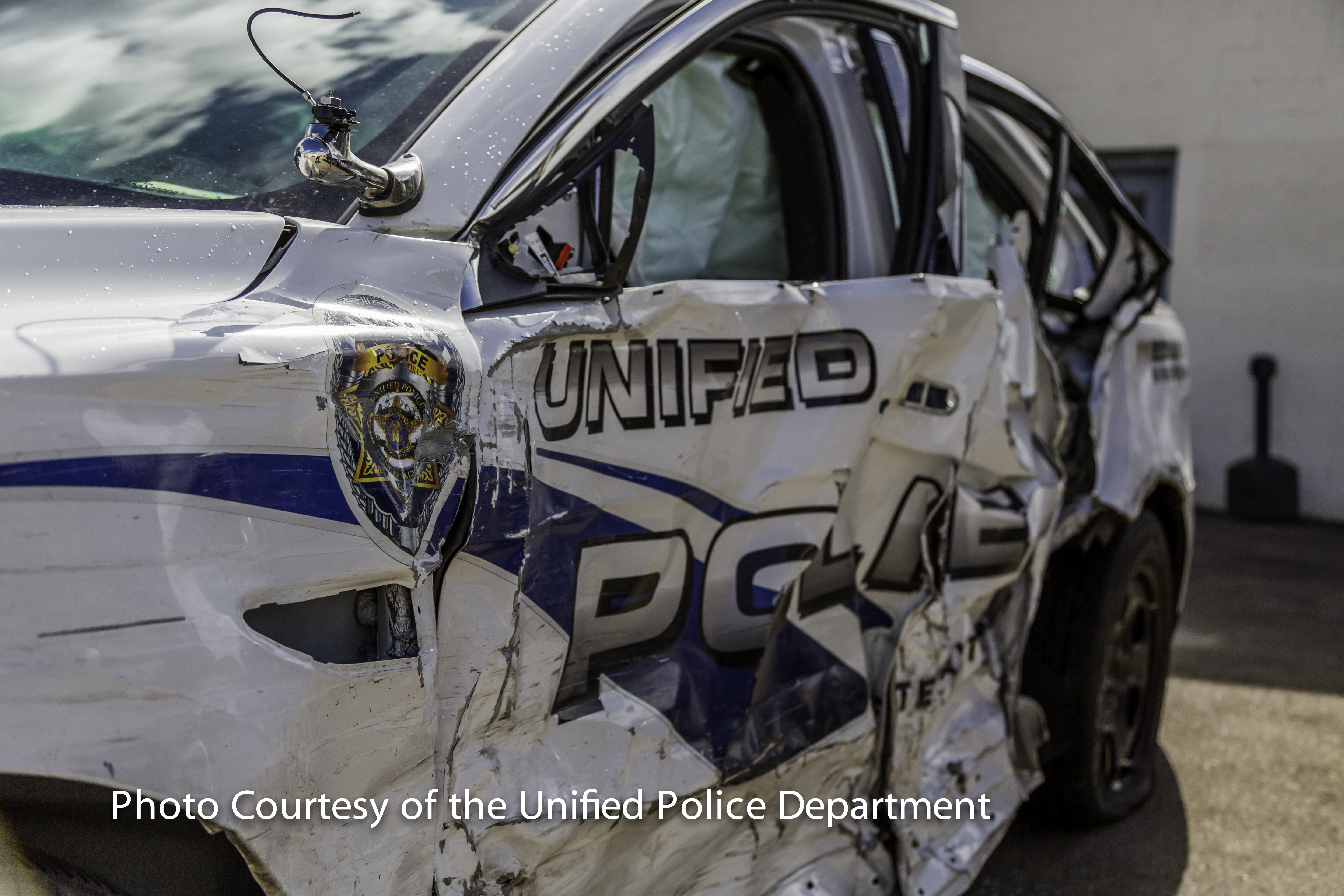 MURRAY, Utah — A Unified Police officer is recovering after his patrol car was hit Friday morning, and police said the driver who struck the police vehicle was impaired.

Utah Highway Patrol troopers said around 1:30 a.m. the officer pulled over to help a stranded motorist near 300 West and I-215.

Troopers said before the officer got out of the car, another vehicle slammed into it. The officer injured his shoulder and was taken to the hospital. He was later released with minor injuries.

According to a press release from the Unified Police Department, “After stopping to help, the officer was struck by an impaired driver.”

Further details regarding the nature of the driver’s alleged impairment were not provided, and police did not release the names of any of the individuals involved in the incident.

UHP is currently investigating the crash.