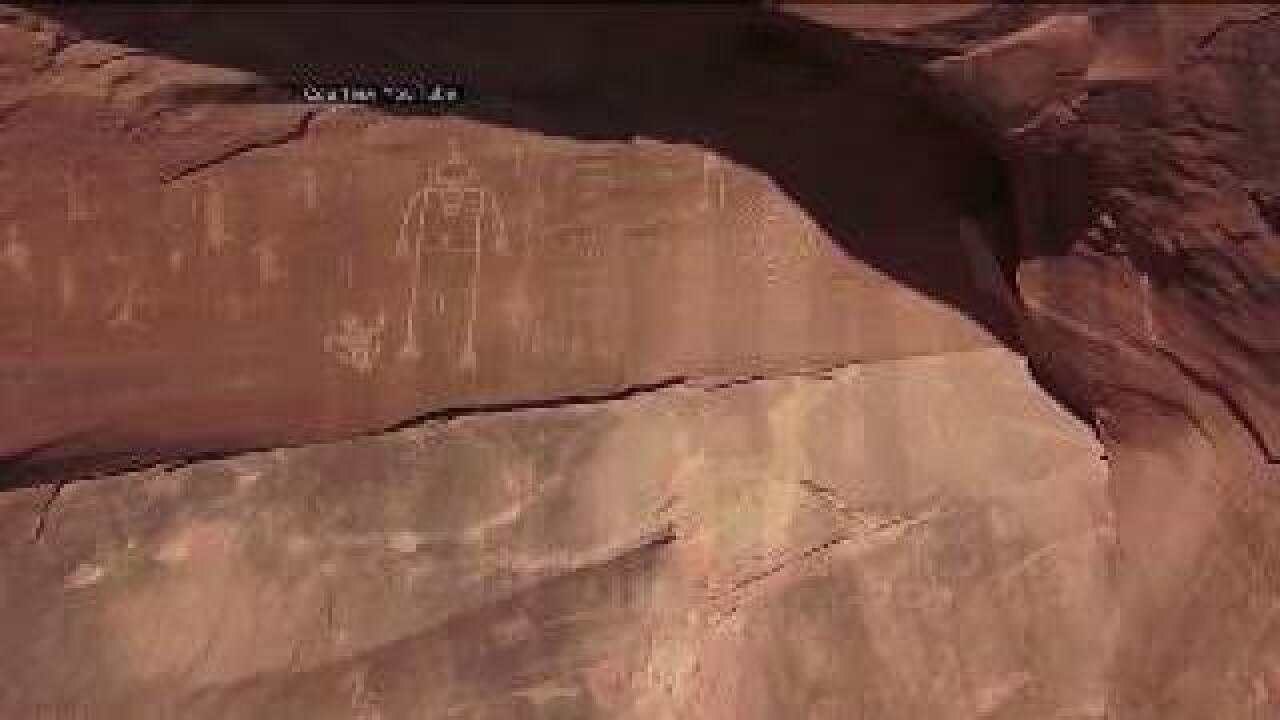 The video was made by Bill Clary of Colorado who owns 'Got Aerials,' a business which sells drones. His website shows several samples of video taken by drones, many in spectacular outdoor settings.

Clary claims the petroglyphs were filmed on a high canyon wall in Southern Utah, but declined to say exactly where, telling FOX 13 he is making an effort to contact the property owners.

"What you showed me is what we call San Juan basketmaker style. Broad shoulders, pecked in outline, skinny legs. It's a very classic style made by the basketmaker people from about 500 B.C. through around 8600," Spangler said.

Spangler said it is possible that the petroglyphs seen in the video have gone unnoticed for centuries, perhaps longer.

He added there are likely thousands of archeological sites in Utah yet to be discovered -- there are hundreds of known sites, which have not yet been fully documented.

"Some of these sites are so incredibly difficult to get to, just for safety reasons we can’t get to them," Spangler said.

Spangler believes drones could become an invaluable research tool, but also thinks it may be hard for organizations like the Bureau of Land Management, the National Park Service, and organizations like his own to keep up with the discoveries, which people like Clary will likely make.

Spangler said looting and vandalism at archeological sites has long been a problem, and speculates that the sharing of information online will accelerate such behaviors. He hopes Clary and others will closely guard information about locations and access, noting that each discovery is unique, and future finds could unlock clues to human history

"The more remote that sight is, the more likely it is to be intact," Spangler said.

It is illegal to tamper with, vandalize, or remove anything from an archeological site on public property.

While the archeologist interviewed for our story did not immediately recognize the petroglyph panel, one of our viewers did. Jonathan Bailey is an avid hiker and photographer who says he and others have visited the petroglyph panel many times and provided photos as well. He says his photos were taken long before the panel was captured on video by a drone, dispelling the idea that the petroglyphs are a new discovery. Bailey maintains a website of his photos and adventures, which is well worth checking out. 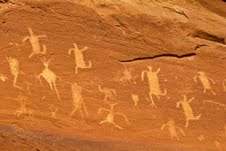