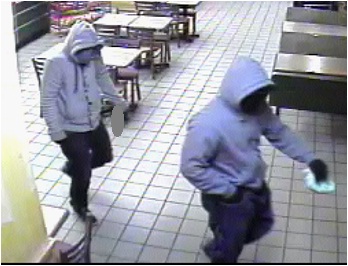 Officer said the robbery happened around 7:41 p.m. at the Subway at 2875 South Highland Drive.

Police said two males entered the restaurant wearing masks, and demanded money from the victim. The suspects were given money and they left in an unknown direction.