PROVO, Utah -- A Provo woman is being treated for burns after her home exploded Sunday afternoon, according to Provo Fire officials.

The woman was taken to an area hospital for treatment and later transported by helicopter to the University of Utah burn unit in Salt Lake City. She has second and third degree burns, mostly on her arms.

"There was a 54-year-old female that had been pulled from the rubble by two neighbors. She was conscious and alert with first and second degree burns on her arms and backside. She talked to us, said she had been cooking, she'd had problems in the past with her stove, and that's all she could remember," said Capt. Dean York, Provo City Fire Department. 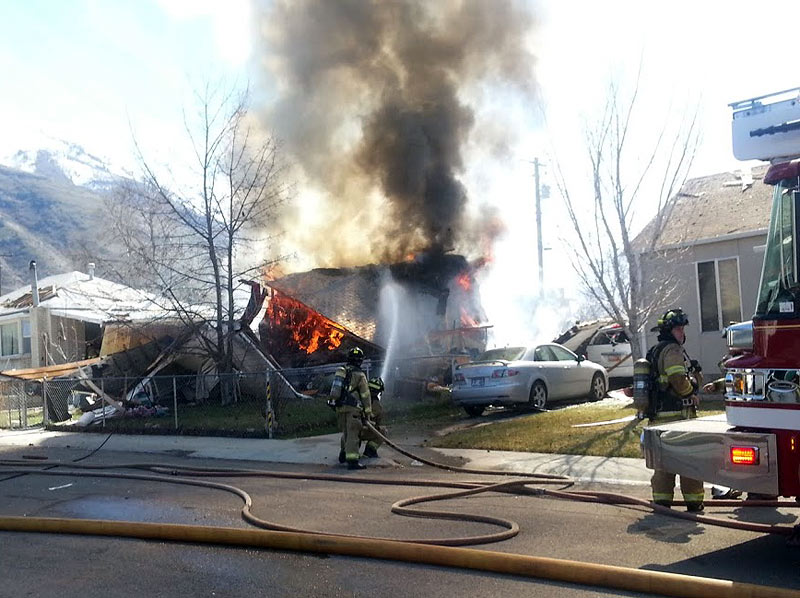 According to neighbors, the woman has mobility issues and relies on a wheelchair to get around. They knew she wouldn't be able to get out of the home on her own.

"I looked up just in time to see a large fireball going right through the roof of the house, and then the front part of the house collapsed," said Jared Hiendmarsh, a neighbor. "A few guys went in and actually pulled the lady out of the house and there were others in the neighborhood who began to get garden hoses out and started fighting the fire with their garden hoses. The house within a minute or two of the explosion just became totally engulfed in fire."

Neighbors told FOX 13 they believe she was in the bathtub at the time of the explosion and that perhaps that shielded her body from debris.

The State Fire Marshall's Office has been on seen and said so far a gas appliance is the focus of their investigation.

York said the explosion caused materials from the woman’s home to land on the roof of a neighboring house. There was no other damage to homes in the area.

Neighbors said the woman had two dogs in the home. One was seen walking around outside the house after the explosion and is in the care of animal control. There is no word yet on the second dog.