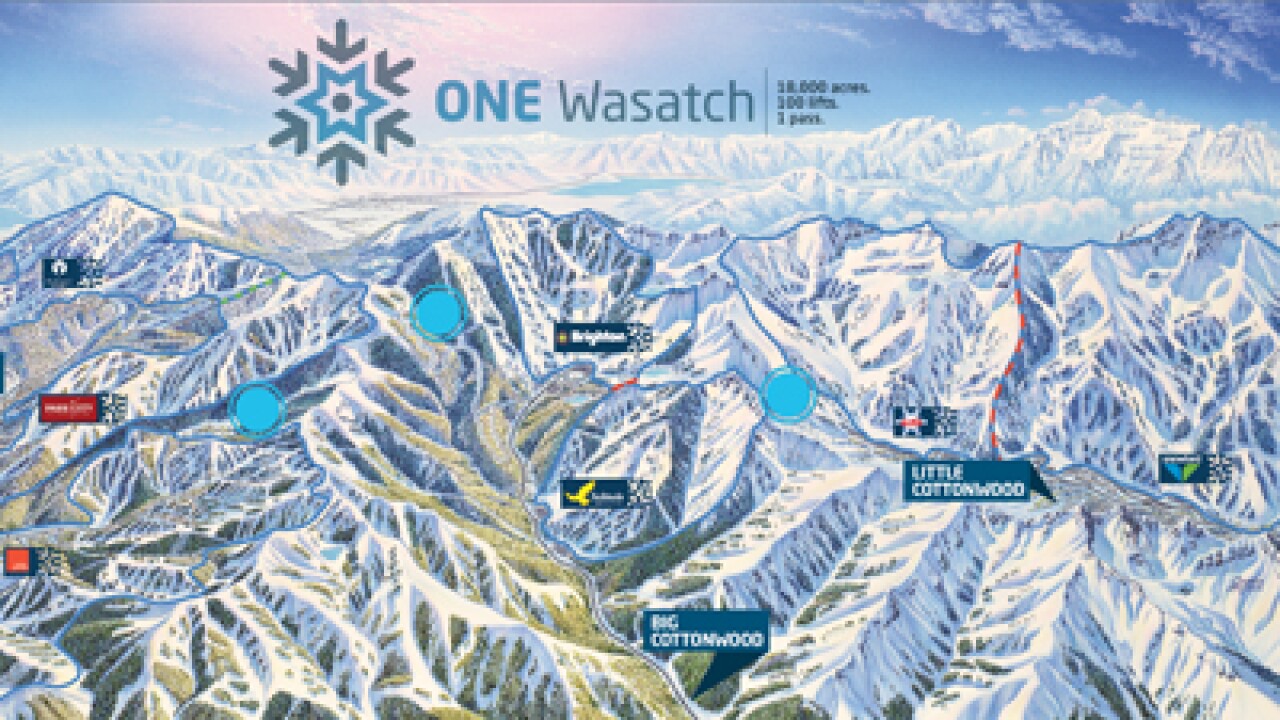 It’s a new concept that could change the face of Utah’s ski industry. The “One Wasatch” concept was announced Wednesday, and the vision is to connect the seven ski resorts in the Central Wasatch Mountains.

"All of the ski areas have their own personality already and we are not looking to homogenize that at all. If anything it will work to reinforce individual personalities and to give skiers and visitors a choice," said Bob Wheaton, Deer Valley Resort general manager and president.

The "One Wasatch" concept already has backing fro all seven resort General Managers, Ski Utah, and the state's tourism industry. Proponents say the benefits would be statewide and put Utah on the map.

"There are some big resorts, yes, but there is not a place in this country where you can have that experience of skiing from resort to resort," said Jenni Smith, Park City Mountain Resort general manager and president.

"We know that it will increase tourism here. It will bring more people here so we think that everybody will benefit by connecting these resorts," said Bob Bonar, general manger of Snowbird Ski and Summer Resort.

But not everyone is on board with the new concept.

"Back to the unique balance between developed resort and non developed backcountry, we've got something you cannot find anywhere else in the world. We believe that it's something that actually enhances our communities and it enhances the overall experience for winter recreationists. By interconnecting we take that away," Kent said.

FOX 13 caught up with some out of town skiers at Canyons Resort. What did they think of the "One Wasatch" concept?

"To have one pass where you can just ski all these great mountains would be phenomenal," said Zach Gramberry from Texas.

"Yeah I'd probably check out as many as I could. I don't know if I could get all seven," said Christopher Carroll from Pennsylvania.

Leaders behind the new concept say there is no timeline just yet. They tell FOX13 they have not talked about lift alignments or how much one of these passes would cost. They did say the cost to implement the concept would be privately funded and the infrastructure necessary would go on private land.

When asked about the controversial ski link proposal and where that stands, some resort general managers said it was on hold, and believed that "One Wasatch" is a viable alternative.

For more information on the "One Wasatch" concept, visit: http://onewasatch.com