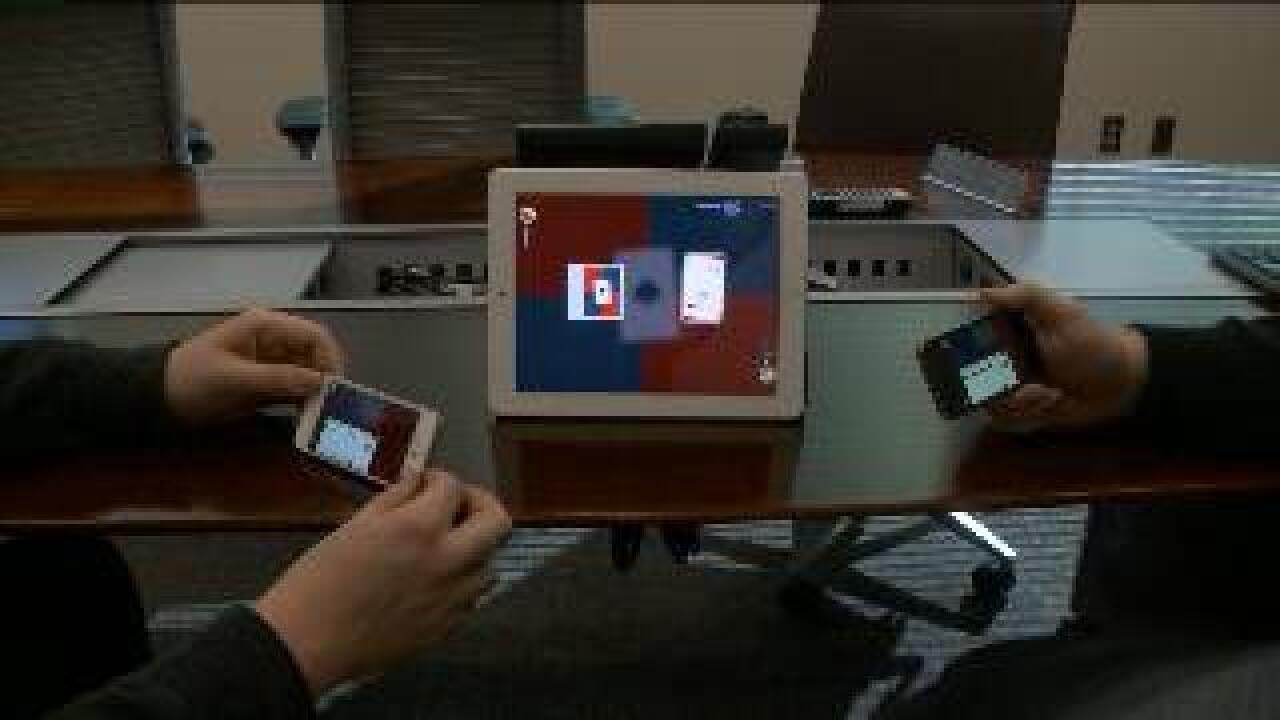 PROVO, Utah – Several students at Brigham Young University have developed an app for tablets and smart phones that they hope will encourage face-to-face interaction.

The app, The Card Table, allows an iPad to be used as the table or dealer and individual iPhones display each player’s deck of cards.

The three students created the app as part of the Marriott School of Business’ mobile app competition, and they took first place.

“When it came time to think of something to do for the mobile app competition, we said, ‘Well, why don’t we build a game that we would like to play with?’ And that’s where card table came from,” he said.

App Co-Developer Brendan Kingsford said promoting interpersonal interaction was part of their plan for the app.

“We decided to harness the power of these devices to make these games even more fun and still be able to interact with our friends and family,” he said.

App Co-Developer Porter Hoskins said, so far, the feedback has been positive.

“Being able to see that people are downloading it and talking about it online saying that it’s a cool idea: It just means everything, that’s why we do what we do,” Hoskins said.

The free application is available in Apple’s App Store.