SUNSET, Utah – This time police made sure the handcuffs were tight and secure as they arrested 26-year-old Nathan Ward for the third time Sunday.

It began with burglary call in Sunset; police had two suspects in custody when one of the alleged burglars, Ward, got loose.

“Who was somehow able to get the cuffs in front of him and took off running on foot," said Lt. Bruce Arbogast with the Sunset Police Department.

Police located and cuffed Ward at a nearby home, and it was then that he was loaded into an undercover officer’s vehicle.

“We were stopping by his residence, which is just around the corner here for a moment and in a two to three minute period he was able to get out of the belt, get the cuffs in front of him and took off in the unmarked vehicle," Arbogast said.

In the few hours Ward was missing, police were most worried about the cargo in the back of the stolen cop car.

“There are two weapons that are still in the vehicle, one is an AR-15 that has a fully loaded clip. There is also a less lethal shotgun that’s in the back as well," he said.

Around 5 p.m. Sunday, Ward was spotted on foot in Ogden near 23rd and Wall Avenue. Lt. Steve Zaccardi of the Ogden Police Department described the chase.

“Took off running, he went eastbound across wall into the IRS area here, and we kind of set up a perimeter quickly but lost him in there," he said.

Police said Ward ran into an abandoned building, and a K9 unit was called in to get Ward out of a crawl space--but officials said they didn’t end up having to use the dog.

“He said after we had arrested him that once he heard the K9 was on his way he didn’t want to have to get bit so he ended up giving up," Zaccardi said.

Ward is facing several charges, and has been booked into the Davis County Jail. 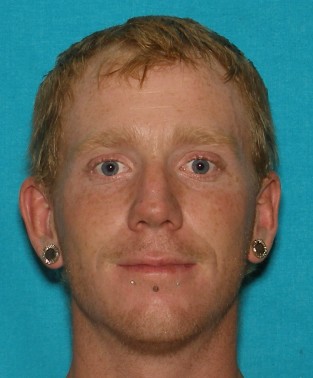