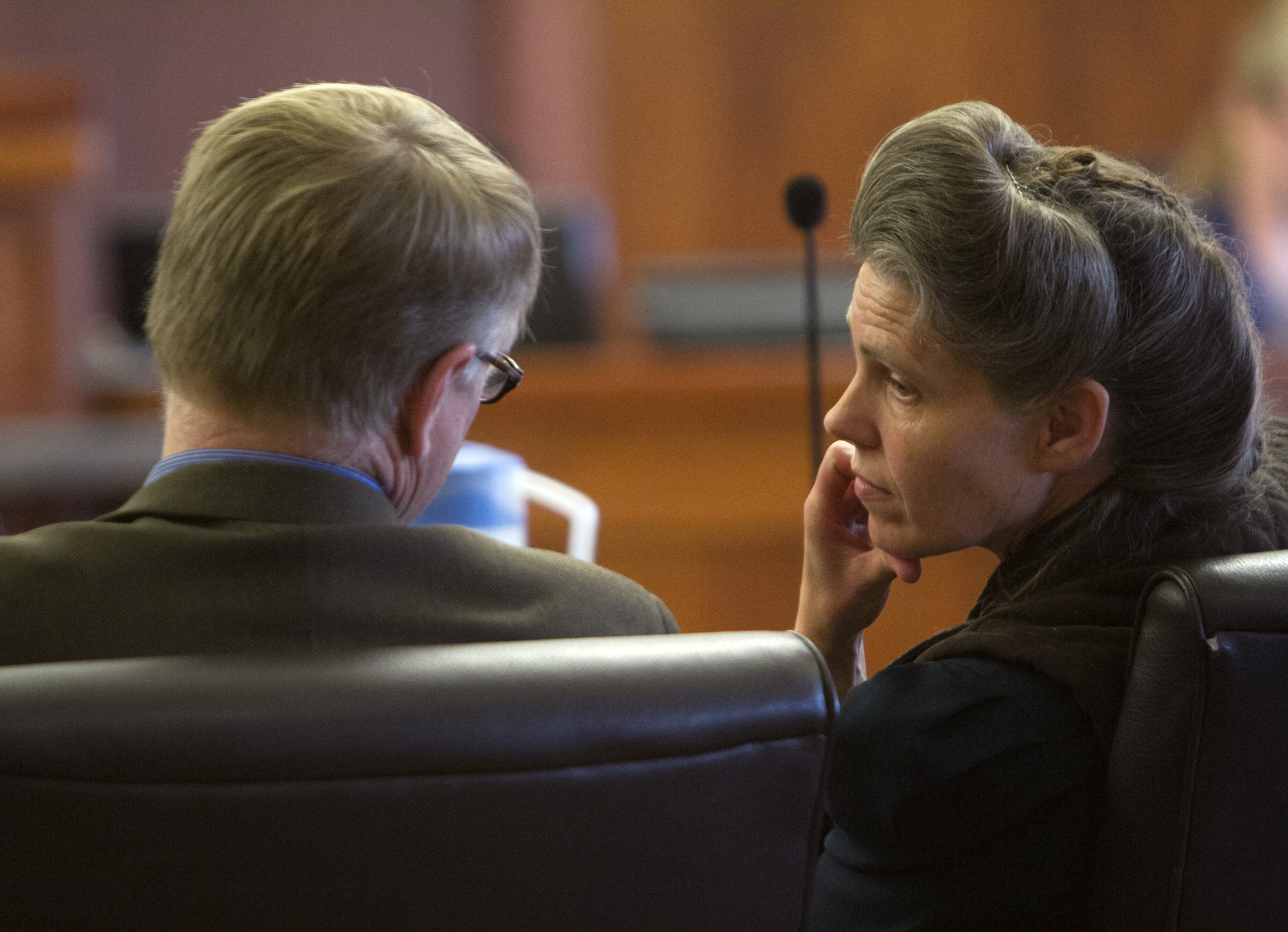 ST. GEORGE — Polygamist leader Warren Jeffs was called to testify in a child custody battle playing out in a courtroom here.

Appearing on monitors in the 5th District Courthouse, the leader of the Fundamentalist LDS Church gave a videotaped deposition in Lorin Holm’s lawsuit against his ex-wives. He has named Jeffs as a defendant.

Jeffs was deposed from a Texas prison cell where he is serving a life sentence for child sex assault related to underage marriages. Jeffs sat behind a mesh screen, sporting a white sweatshirt and glasses. His hair, shaved when he arrived at prison, had apparently grown back. Jeffs appeared gaunt.

As the testimony began, Holm’s ex-wife, Lynda Peine, got up and marched out of the courtroom. She did so every time evidence was presented about Warren Jeffs’ crimes. Holm’s lawyer, Roger Hoole, tried to have her brought back into the courtroom.

To almost every single question in the 3 1/2 hour deposition, Jeffs would not answer.

“I refuse to answer based upon my rights under the Fifth Amendment of the United States Constitution,” Jeffs said.

Judge James Shumate cut off the testimony, asking what Jeffs’ refusal to answer has to do with a custody case.

“We have a pedophile controlling the lives of these children,” Hoole said. “They need to see this.”

Hoole insisted the absence of an answer was impactful. Shumate took the deposition into evidence, but ended the playback of testimony.

Lynda Peine’s attorney, Rod Parker, has repeatedly objected to much of the testimony and evidence being offered in the trial. He argued that FLDS members were being stereotyped as operating in lockstep with leaders and that Holm was seeking to put the religion on trial.

On the witness stand, he described being ousted from the FLDS Church. He said leaders called him in and told him: “You have been found judged and you don’t hold the priesthood.”

His wives, Lynda Peine and Patricia Peine, left him and took their children. Holm testified they had declared him an “apostate.”

Holm said he later came to learn Jeffs had renounced himself as a prophet and had been sent to prison for child sex assault. That’s when he decided to sue for custody of his children.

Patricia Peine was unable to testify in the trial, but in an earlier deposition she indicated she believed Warren Jeffs is still a prophet.

“Is he still directing the church?” Hoole said, reading a question from the deposition.

“Yes, he is,” Patricia replied.