Officials identify woman killed in 14-vehicle pileup on I-84

TAGGART, Utah -- A woman died Friday morning in an incident involving five separate crashes and multiple vehicles near Taggart, and I-84 was closed in the area near the crashes for several hours.

The crashes occurred around 8:30 a.m. on I-84 near mile marker 109 when three semitrailers and 11 passenger cars collided in a chain reaction.

Sgt. Todd Royce of the Utah Highway Patrol said the victim was initially involved in a car crash and was hit by a semitrailer after she exited her vehicle.

"A semi commercial vehicle come into the same area, lost control and struck her while she was outside of her vehicle and she sustained fatal injuries,” Royce said.

A female in one of the other vehicles was transported to a hospital with minor injuries. There were no other injuries reported.

According to the Utah Department of Public Safety, the semitrailer that hit the woman and killed her had lost control and: "had no other route but to drive down the middle of the vehicles [stopped from the first crash]. The semi took out three vehicles on both shoulders and then hit the driver from the truck."

The semitrailer ran the woman over, collided with her truck and pushed the truck into another semitrailer that had stopped due to the earlier crash.

The westbound lanes of I-84 at mile marker 112 were closed for several hours.

“I came up and all the trucks were stopped, and that’s all I know; I just been sitting here,” said Truck Driver Michael Lovvorn, who was stuck for more than four hours.

Royce said it's important for drivers to remain in their vehicle after a crash.

“If you are involved in a crash, best place to be is back inside your vehicle if at all possible or off the road if possible; that’s going to be the safest place to be,” he said.

No citations have been issued, and officials said icy conditions contributed to the crash. 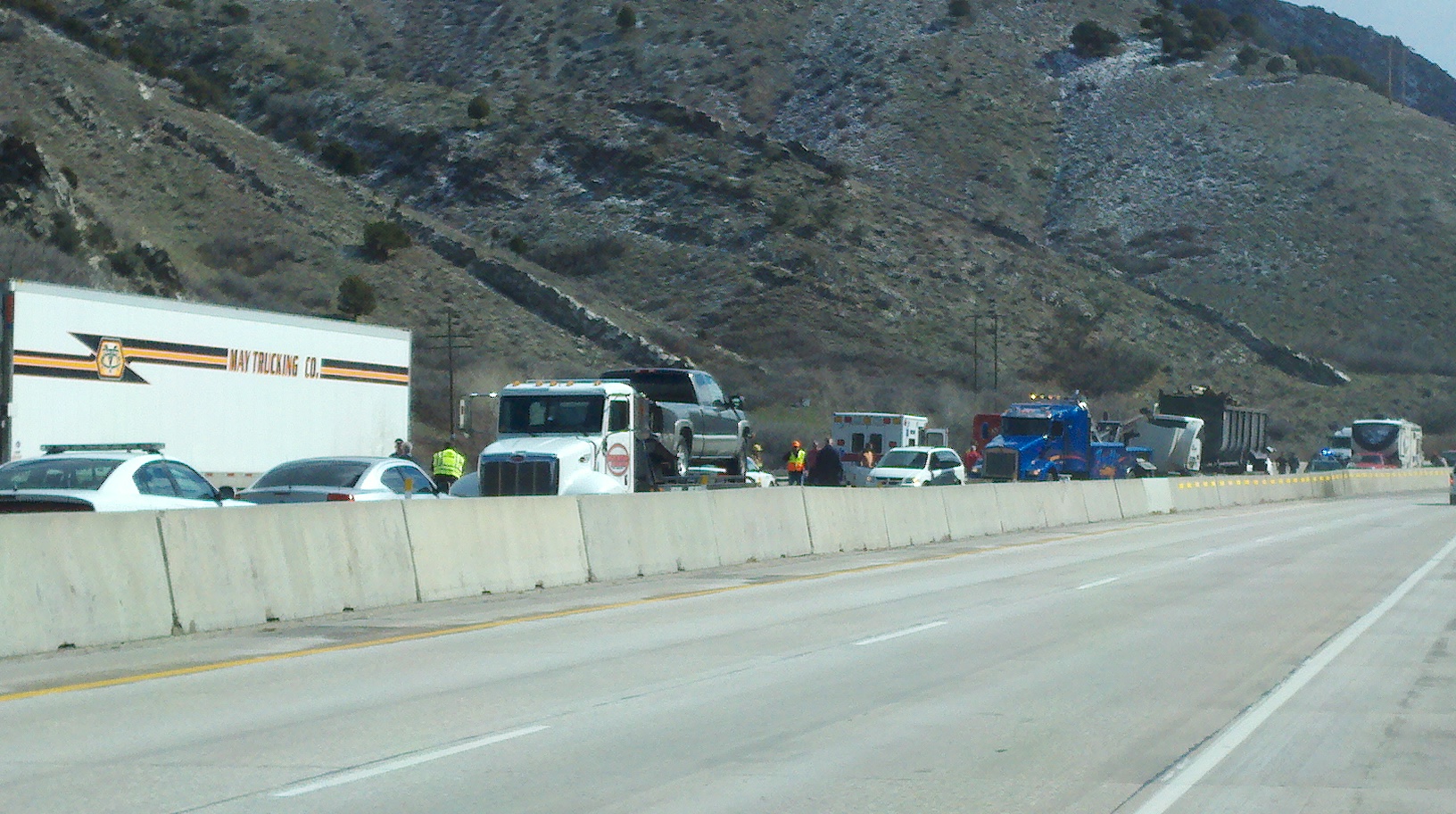