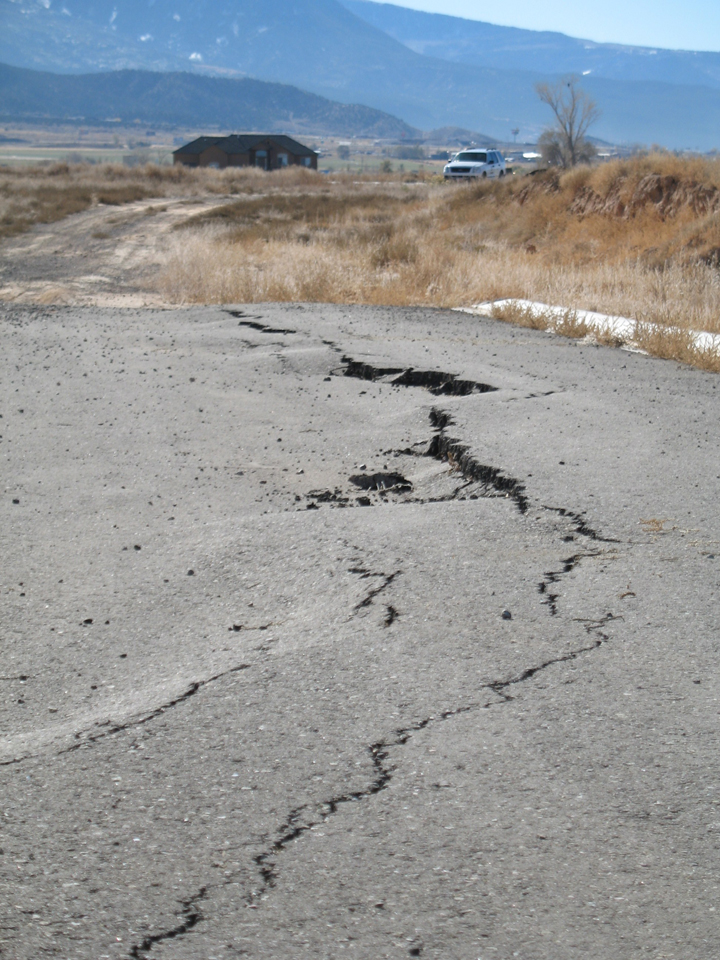 ENOCH -- Giant cracks running through an Iron County subdivision are the result of drawing too much water from the ground, according to a new state report.

The Utah Geological Survey released its report Monday after several years of research into the growing fissures.

The fissures first appeared in 2009, and when geologists started studying them, it was the first time fissures had been seen in an urban setting.

UGS project biologist Tyler Knudsen said up until then fissured had only been found in rural areas of the state.

“As farmers, the municipalities have all sunk wells into the valley, and started withdrawing water, the water table valley has lowered -- in some cases up to about 100 feet,” Knudsen said.

Knudsen said they’ve located close to eight miles of fissures throughout the Cedar Valley, and estimate the valley floor has been continually sinking since the 1930s.

Geologists estimate the Enoch fissure is moving at a rate of about 2 inches every year, and that it will keep on moving until those water issues are addressed.

The city of Enoch provides its own water to residents. City officials say the issue is something they’re already starting to look at, but they’re not the only ones drawing from the ground water, so it’ll take some coordination.

“We’re working together to actually come up with solutions that have been identified by this study,” said Enoch City Manger Rob Dotson. “And also solutions we can come up with to solve other problems.”

Among those importing water from other sources, allowing for recharging of the aquifer… and evening out the displacement. Central Iron County Water District executive director Paul Monroe said they have preliminary plans in place to address those concerns.

The full report can be found on the UGS website at http://geology.utah.gov/whatsnew/news/new0314b.htm.