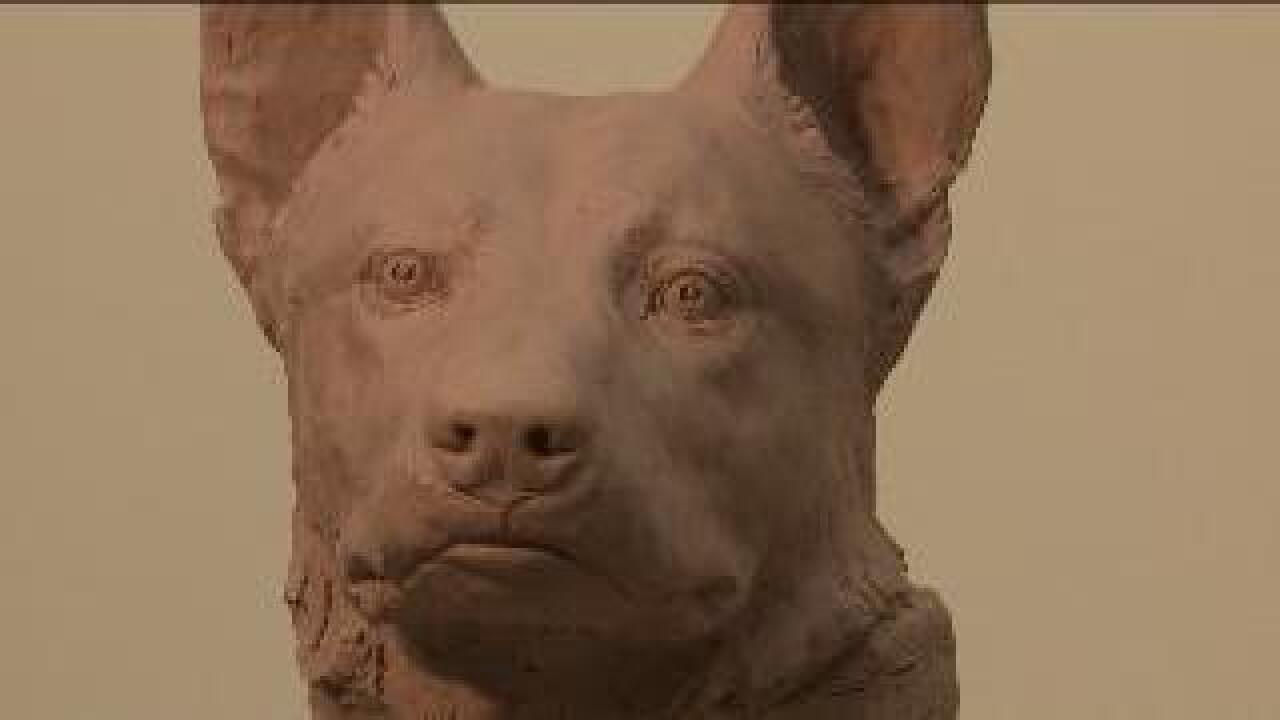 SALT LAKE CITY -- The military is full of many unsung heroes -- among them are the military dogs that often save the lives of the men behind them.

Utah sculptor Lena Toritch wanted to capture the essence and intensity of the four-legged soldier in her latest work.

The Marines’ Special Operations commissioned her to create a life-size K-9 statue that will stand in tribute to the many dog soldiers at Camp Lejeune, North Carolina.

“It's such a humbling experience and such a responsibility,” Toritch said.

For months the artist has refined the details, to prepare it to go to the foundry to be cast in bronze.

“The special operations K-9s are truly the elite of the elite. They are the dogs in the front line combat. They are selected for their strength and power and character. And they are saving lives,” said Sonja Nordstrom, a consultant on the project.

The Marines asked for the special depiction after seeing another K-9 Memorial Toritch designed.