ROCKVILLE, Utah – Utah officials who surveyed the Rockville area after a fatal rockslide had a simple message for nearby residents: Relocate or accept the possibly fatal risk of living in a high-hazard area.

The Utah Geological Survey began investigating the Rockville area after a rockslide destroyed a home and killed two people in December of 2013.

In addition, Utah Department of Transportation engineers conducting an evaluation submitted their results, and officials stated residents in those areas have two options:

"(1) accept the hazard and continue to live in the high-hazard area knowing that the consequences of that decision could result in significant property damage and may prove fatal, or (2) relocate from high-hazard areas."

The report from the UGS indicates that a second large rock mass is partially detached from the cliff face above the site, and officials stated it could “fall at any time.”

According to a press release from Utah’s Department of Natural Resources, the slope below that second mass is littered with boulders from the December slide, as well as fragments from earlier rockslides. Other areas of the site posed concerns to officials, based on the formation of the cliff face.

“The December 12 rock fall, and the frequency and distribution of past rock falls in Rockville amply demonstrate that residents living anywhere within high rock-fall-hazard zones in Rockville face the possible consequences of a large rock fall similar to the one that occurred in December,” stated Bill Lund, senior scientist for the UGS geologic hazards program, in the press release.

The press release stated the UDOT geotechnical engineers evaluated the possibility that intervention measures like fences or chatchment ditches might help, but found they would be “ineffective due to the large size and high energy of the typical boulders.”

The press release stated Rockville is responsible for making residents fully aware of the hazards. Officials recommended the city purchase property in hazardous areas so that structures could be torn down or relocated to safe areas.

Click here for the full press release: Rockville Report (The file may open in a new window or begin as a download, depending on your web browser and settings) 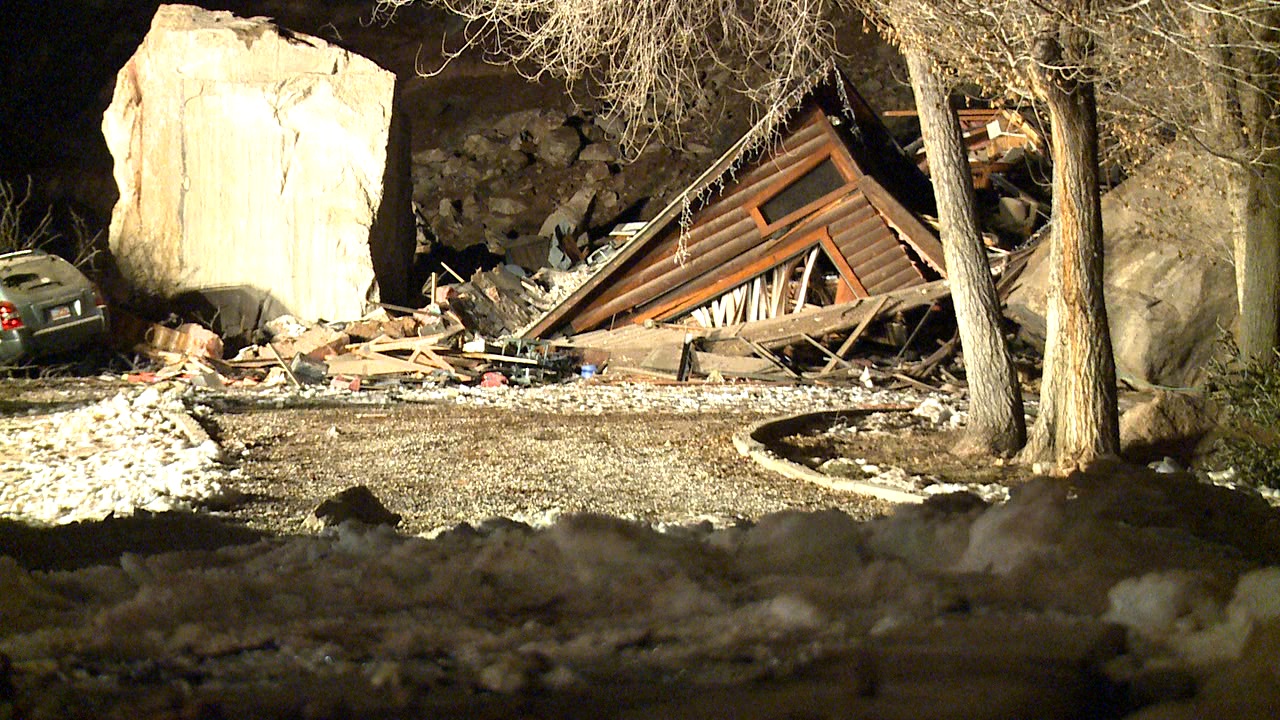