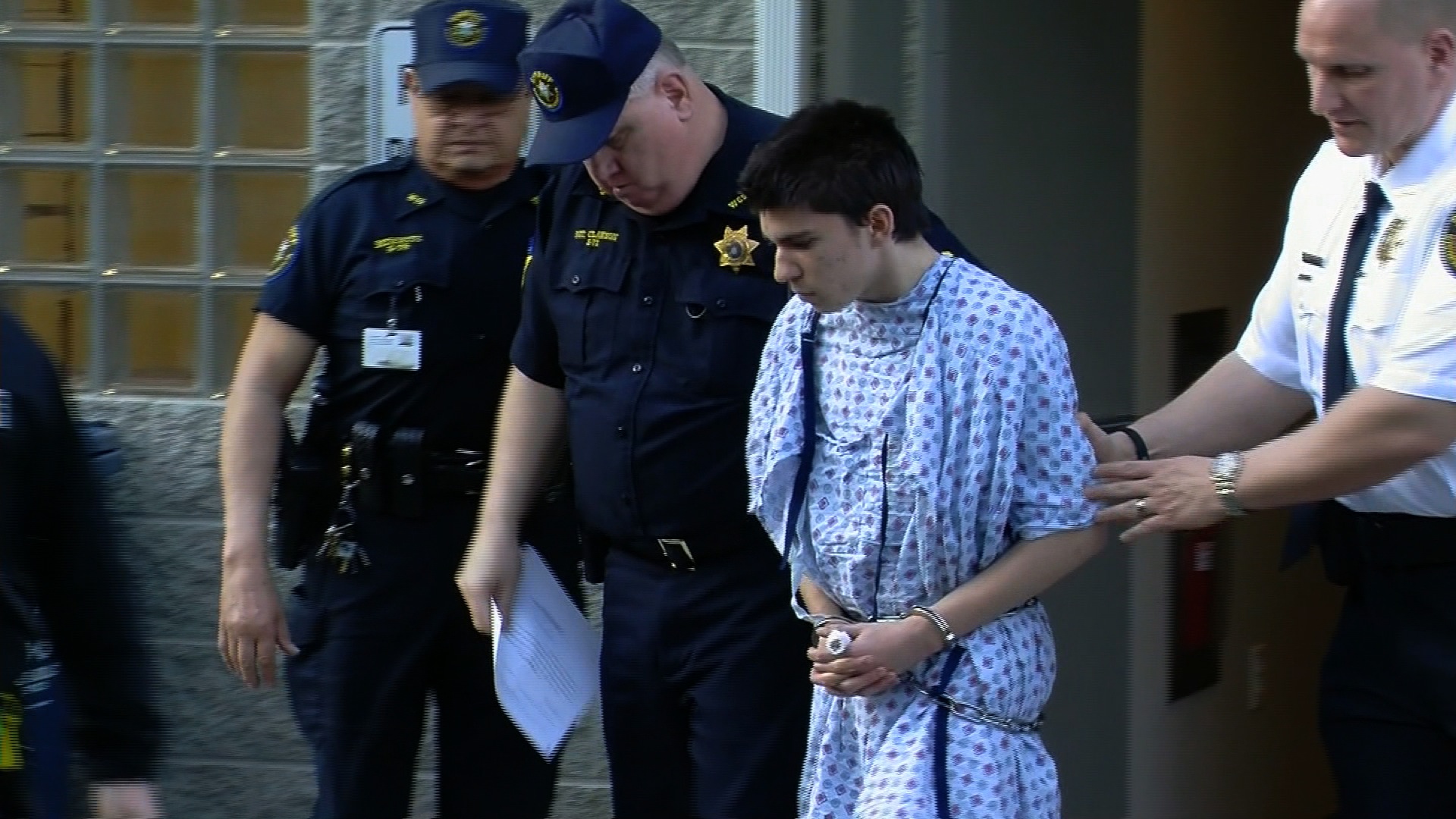 MURRYSVILLE, Pennsylvania (CNN) — A teenage boy wielding two kitchen knives went on a stabbing rampage at his high school in Murrysville, Pennsylvania, early Wednesday, before being tackled by an assistant principal, authorities said.

The accused attacker was been identified as 16-year-old Alex Hribal, according to a criminal complaint made public. Hribal, who was arraigned as an adult, faces four counts of attempted homicide, 21 counts of aggravated assault and one count of possession of a weapon on school grounds, the documents show.

“I’m not sure he knows what he did, quite frankly,” Hribal’s attorney, Patrick Thomassey, said, adding he would file a motion to move the case to juvenile court.

“…We have to make sure that he understands the nature of the charges and what’s going on here. It’s important that he be examined by a psychiatrist and determined where he is mentally.”

A doctor who treated six of the victims, primarily teens, said at first they did not know they had been stabbed.

“They just felt pain and noticed they were bleeding,” Dr. Timothy VanFleet, chief of emergency medicine at the University of Pittsburgh Medical Center, told CNN.

“Almost all of them said they didn’t see anyone coming at them. It apparently was a crowded hallway and they were going about their business, and then just felt pain and started bleeding.”

Arguing against bail for Hribal, the district attorney told the court that four of the victims were in critical condition, including one who was “eviscerated.” There’s a question whether the victim will survive, Peck said.

Hribal is being held without bail at the Westmoreland County juvenile detention center.

Authorities have not detailed a possible motive in the attack, but the district attorney said in court the teen made “statements when subdued by officials that he wanted to die.”

‘Don’t know what I got going down’

The carnage began shortly before the start of classes, when an attacker began stabbing students in a crowded hallway and then went from classroom to classroom.

Student Matt DeCesare was outside the school when he heard a fire alarm ring and then saw two students come out of the school covered in blood.

Then he saw teachers running into the building and pulling “a couple of more students out,” he told CNN. The students had been stabbed.

To stanch the bleeding, the teachers asked the students for their hoodies.

“We all took our hoodies off and handed them to the teachers to use as tourniquets to stop the bleeding,” he said.

Recordings of emergency calls released in the wake of the attack provide a soundtrack of sorts to the terror and chaos that played out inside the school.

“I don’t know what I got going down at school here but I need some units here ASAP,” one officer can be heard saying.

Minutes later in another call, another official, breathlessly, can be heard detailing casualties: “About 14 patients right now.”

Then another call for help. “Be advised inside the school we have multiple stab victims,” one of the officers said. “So bring in EMS from wherever you can get them.

‘Saw the kid who was stabbing people’

Student Mia Meixner was standing at her locker.

“I heard a big commotion like behind my back,” she told CNN. “And I turned around and I saw two kids on the ground.”

She thought a fight had broken out, but then she saw blood.

“I saw the kid who was stabbing people get up and run away,” she said.

Then she saw a girl she knew standing by the cafeteria. “She was gushing blood down her arm.”

Meixner dropped her books and went to help the girl.

“I started hearing a stampede of students coming down from the other end of the hall, saying ‘Get out, we need to leave, go, there’s a kid with a knife.’ Then a teacher came over to me and the girl I was trying to help. And she said she would handle the girl and that I should run out. So then I just ran out of the school and tried to get out as soon as possible.”

“He was very quiet. He just was kind of doing it,” she said. “And he had this, like, look on his face that he was just crazy and he was just running around just stabbing whoever was in his way.”

She said she didn’t know the boy, but he had been in a lot of her classes. “He kept to himself a lot,” she said. “He didn’t have that many friends that I know of, but I also don’t know of him getting bullied that much. I actually never heard of him getting bullied. He just was kind of shy and didn’t talk to many people.”

Hribal’s attorney described him as a “nice young man,” who has never been in trouble.

At least a dozen FBI agents could be seen going in and out of Hribal’s family home in the hours after the attack. Shortly before the agents arrived at the house, a man believed to be Hribal’s father drove up.

“My prayers go out to everyone who was injured today, and I hope they recover as soon as possible,” he told reporters.

Hribal’s attorney said the family was upset by the allegations. “They did not foresee this at all,” he said.

Tackled by an assistant principal

Assistant Principal Sam King is being credited with bringing to an end the 5-minute rampage that authorities say began about 7:15 a.m. ET.

The accused teen was being treated for injuries to his hands, the chief said.

Police Officer William “Buzz” Yakshe, who also serves as a resource officer at the school, helped subdue the suspect, said Dan Stevens, the county deputy emergency management coordinator. Yakshe is “doing fine,” Stevens said. “He’s more upset than anything else over what happened, because these are his kids.”

A fire alarm that was pulled during the attack probably helped get more people out of the school during an evacuation order, Seefeld said. Students were running everywhere and there was “chaos and panic.”

At one point, a female student applied pressure to the wounds of one of the male victims, possibly helping to save his life, said Dr. Mark Rubino, chief medical officer at Forbes Regional Hospital in nearby Monroeville, Pennsylvania, where seven teens were taken for treatment.

The students who were hurt range in age from 14 to 17, Stevens said. The injuries were stabbing-related, such as lacerations or punctures, he said.

The attack in Murrysville is the latest in a string of school violence that has occurred across the nation. But mass stabbings, such as the one at the high school, are rare.

The attack has rattled the town, a residential enclave with a population of about 20,000.

A message on the Franklin Regional School District’s website said all of its elementary schools were closed after the incident, and “the middle school and high school students are secure.”

Franklin Regional Senior High will be closed “over the next several days,” district school Superintendent Gennaro Piraino said. The district’s middle school and elementary schools will be open Thursday, and counseling will be available for the whole district, he said.

Information on what led to the stabbings and the conditions of the injured are still unfolding.