Creating body parts in a lab: ‘Things are happening now’

Scientists in the United States, Mexico and Switzerland grew reproductive organs and nasal cartilage in labs, and successfully implanted them in patients, according to two studies released in The Lancet on Thursday.

It is not the first time scientists have engineered body parts — in effect, creating organs where before there were none. What is different in these cases is the size and complexity of the organs.

“This is a move forward to even more challenging (organs),” said Ivan Martin, a professor of tissue engineering at University Hospital Basel in Switzerland, and co-author of the nasal cartilage study.

“All these incremental steps finally have demonstrated that it is possible to engineer tissue that can help patients.”

Tissue engineering has focused primarily on repair: burned skin, muscle shorn off during in an accident, a dysfunctional bladder. Recent advances go beyond repair to replacement.

One of the two new studies involves a group of four teenage patients born with a rare condition called Mayer-Rokitansky-Küster-Hauser Syndrome. The patients had either a missing or deformed uterus, an absent or ill-formed vagina, or some other dysfunction.

The process for recreating their reproductive systems sounds deceptively simple.

It begins with scientists creating a 3-D scaffold that mirrors the dimensions of the patients’ missing organs. They then take small swatches of muscle and tissue from the patients, and extract cells.

Those cells are then used to “seed” (or spread across) various surfaces of the 3-D scaffolds, where they grow for a few weeks outside the body.

“This is not like a defective organ that you augment or something you put in between two places,” said Dr. Anthony Atala, director of the Wake Forest Institute for Regenerative Medicine and lead author of the vaginal organ study. “We had to create the organ. We put it in de novo (anew).”

Organ scaffolds serve multiple purposes: They provide a framework upon which the new organ can grow. They also are made using a material that, over time, melts into the body. The scaffold is slowly absorbed while seeded cells continue to grow.

It is a delicate and complicated dance that — when properly performed — results in a fully functioning organ.

“The body recognizes the organ as its own,” said Atala, chairman of the department of urology at Wake Forest University. “And just like with normal organs, these organs also grow with (the patients).”

Just as important as a structurally intact new organ is the use of autologous (meaning from the same organism) cells to engineer tissue. Autologous cells keep the body from treating the organs as foreigners, an issue of serious concern when it comes to organ donation.

There’s a great need for readily available tissue to replace or repair diseased and damaged body parts, according to an editorial about the studies, also published in The Lancet. “The rapidly developing field of tissue engineering might offer innovating solutions,” the editorial authors write.

Another clinical need is creating viable cartilage, arguably one of the more difficult tissues to get right in a lab environment.

In the second Lancet study, five elderly patients had substantial chunks of nasal tissue removed after cancer surgery. Normally, surgeons would use cartilage from the ear, ribs or the septum to reconstruct the area — an inherently painful process.

Instead of recruiting from other areas of the body for reconstruction, these scientists carefully excised a piece of tissue, approximately half the size of the tip of a pen, from the patient’s nasal septum and allowed it to multiply.

Much like what was done in the vaginal organ study, scientists then seeded septal cells on a scaffold until they formed a thin layer of cartilage. The engineered cartilage was later laid inside the patient’s wound and allowed to grow.

What has scientists involved with this study excited is that patients emerged with their nasal structure, function and aesthetics intact. The scientists also were able to use biopsied tissue that was about 40 times smaller than would be used during conventional reconstruction.

In both studies, complications among patients were virtually nonexistent, even after years of follow-up.

Pilot studies like these are hampered by size: Studies involving so few patients are far from conclusive. These results beg for broader confirmation.

Still, the field is brimming with the hope that a broader patient group will one day benefit from these findings: Women whose reproductive systems are damaged because of trauma or cancer; or patients needing replacement cartilage in the knee or other body parts.

Martin is particularly excited by the progress. About 20 years ago, he said, the image of an engineered ear swelling from the back of a mouse raised hopes that lab-grown organs would, by now, be commonly used clinically.

Since then, he said, there have been some hiccups, but recent studies have resurrected that progress.

“It was all considered too easy 20 years ago,” said Martin. “But we made it; things are happening now.

“Tissue engineering is finally demonstrating that it can deliver on expectations.”

WARNING: Some may consider these photos to be graphic. 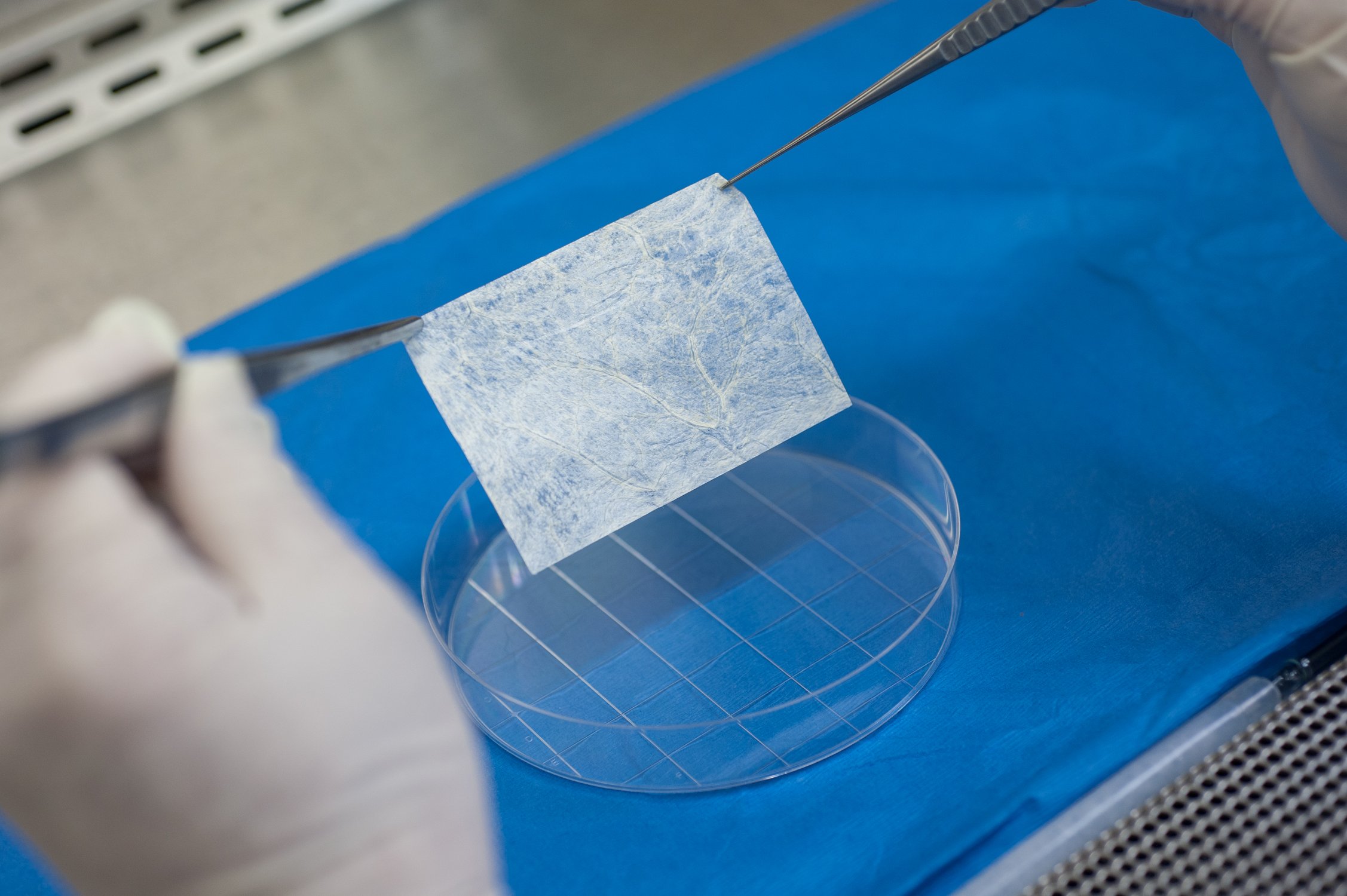