BLM officials release seized cattle in face of protesters, some armed, on horseback 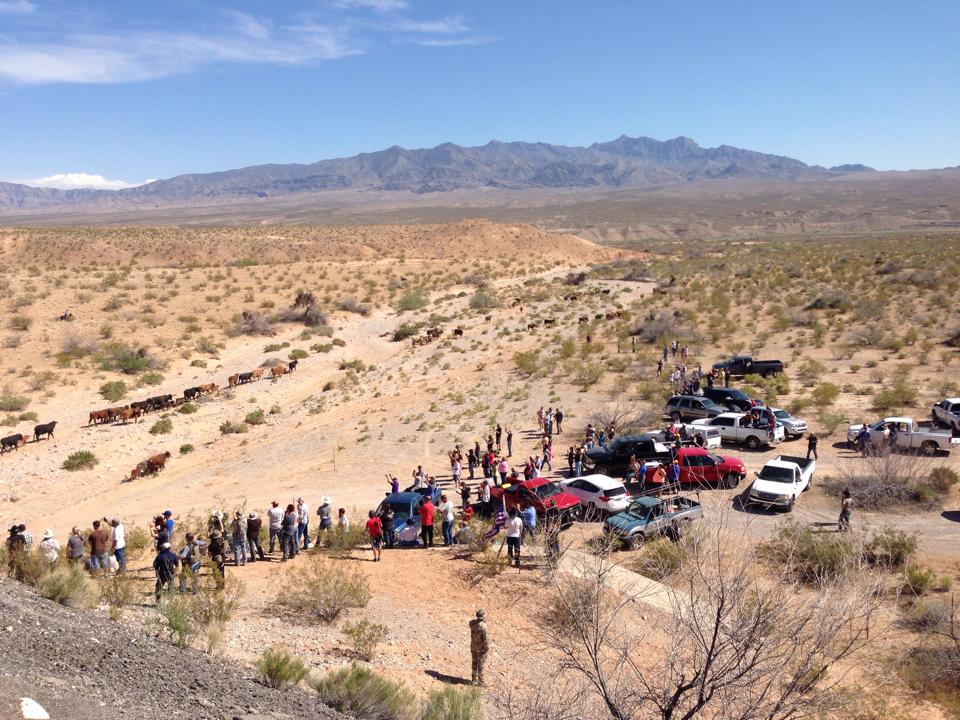 NEVADA — Officials with the Bureau of Land Management released cattle they had seized after a court ruling regarding grazing rights, and the move came after supporters of the rancher who owns the cattle protested for several days in a series of sometimes intense confrontations.

Piute County Commissioner Darin Bushman told FOX 13 News over the phone the cattle had been released late Saturday afternoon, and the photo above shows protesters watching the trail of cows moving away from BLM officials.

FOX 13 News reached out to several BLM officials Saturday for comment, but those phone calls had not been returned as of Saturday evening.

Photos show protesters, some armed and some on horseback, gathering near the location the cattle were being held Saturday prior to their release, and armed officials stood nearby. I-15 was closed in the area for some time as a result.

FOX 13 News sister station FOX 5 in Las Vegas reported earlier Saturday that a group of protesters had gathered in an effort to free the cattle that had been seized. FOX 5 later reported the cattle had been released with BLM officials citing a wish to “avoid violence and help restore order.”

Cliven Bundy, a Nevada rancher who says his family has been letting their cattle graze on the land since the 1800s, was ordered to remove the cattle by the courts. Bundy stopped paying grazing fees in the 1990s because he said the land his cattle graze on should belong to Nevada.

The BLM, however, has managed the public lands for the federal government for decades and said Bundy’s cattle are trespassing.

When Bundy refused to remove his cattle, the Bureau of Land Management moved to seize the animals, which led to a series of tense confrontations with the protesters who came from across the country to support Bundy. The protests went for about a week, and a member of the Bundy family was hit with a stun gun during a protest Wednesday.

“It’s just reached a point where we have to draw a line in the sand, and defend our constitutional rights,” protester Brand Thornton said earlier in the weekend.

Amy Leuders, Nevada State Director for the BLM, told FOX 13 News earlier this weekend that courts had ruled on the matter.