PLEASANT GROVE -- A 39-year-old woman was arrested Saturday after seven bodies of dead infants were discovered in a Pleasant Grove home, and officials said they believe that, over a 10-year period, she gave birth to six of the children then killed them.

Pleasant Grove Police responded to the home at 530 E. 200 North after residents who were cleaning out a garage found what they believed to be a dead infant in a container.

Capt. Michael Roberts, Pleasant Grove PD, said the residents found "a suspicious package with a pungent smell, and they opened the package partially and found what they believed to be a deceased infant in the box and they called police."

When they arrived, police found the infant to be at full term, according to a press release from the Pleasant Grove Police Department.

According to the press release, "During the course of the investigation information was obtained that; over a 10 year period a 39 year old female gave birth to the infants and then killed them."

According to a probable cause statement released Monday morning, Huntsman admitted to strangling or suffocating the babies immediately after they were born.

Click here to read the probable cause statement. [PDF, 135 KB]

Megan Huntsman was booked into the Utah County Jail and faces six counts of murder. Police officials later told FOX 13 News that there are six charges because investigators believe one of the seven was a stillborn child.

On Monday morning, a judge set Huntsman's bail at $1 million for each count of murder, for a total of $6 million.

FOX 13 News' Carly Figueroa spoke with neighbors and officials, see the video above for those interviews.

Huntsman had not lived in the home since 2011. Police said Huntsman had shared the home with her husband, a Mr. West, and they had lived there for some time. The man served nine years in federal prison on drug distribution related charges. Police told FOX 13 News the couple was estranged.

The home has two separate residences. The bodies were found in the upper residence with its attached garage, and that residence had not been lived in since 2011 when Huntsman left.

West was among those who found the first infant, and Roberts said, "there's a strong possibility," the man opened the box to find his own child dead inside.

Police said the home was owned by West's parents, who had overseen the home during the time Huntsman lived there while West was in prison.

West returned Saturday, which is when he started to clear out the home. That is when he and those helping him found a box that smelled bad and appeared to contain a dead infant.

Police said during the time Megan Huntsman was living at the home she was there with three children of hers and West's. Those children are now 13, 18 and 20.

Neighbor Kathie Hawker said Huntsman had moved out of the home after what they called a struggle with substance abuse.

Kathie's husband, Aaron Hawker, said it is shocking to learn Huntsman was allegedly pregnant so many times.

He said: "She always looked kind of slim, I mean, to have this many babies full term, it's like... Where were they?"

Police said several warrants have been issued in the case, including a search warrant for Huntsman's West Valley City home.

A law was passed in Utah in 2001 that allows people who have a child but aren't prepared to care for it to drop the child off with no questions asked and no liability. See the the video below for details on the Safe Haven law. 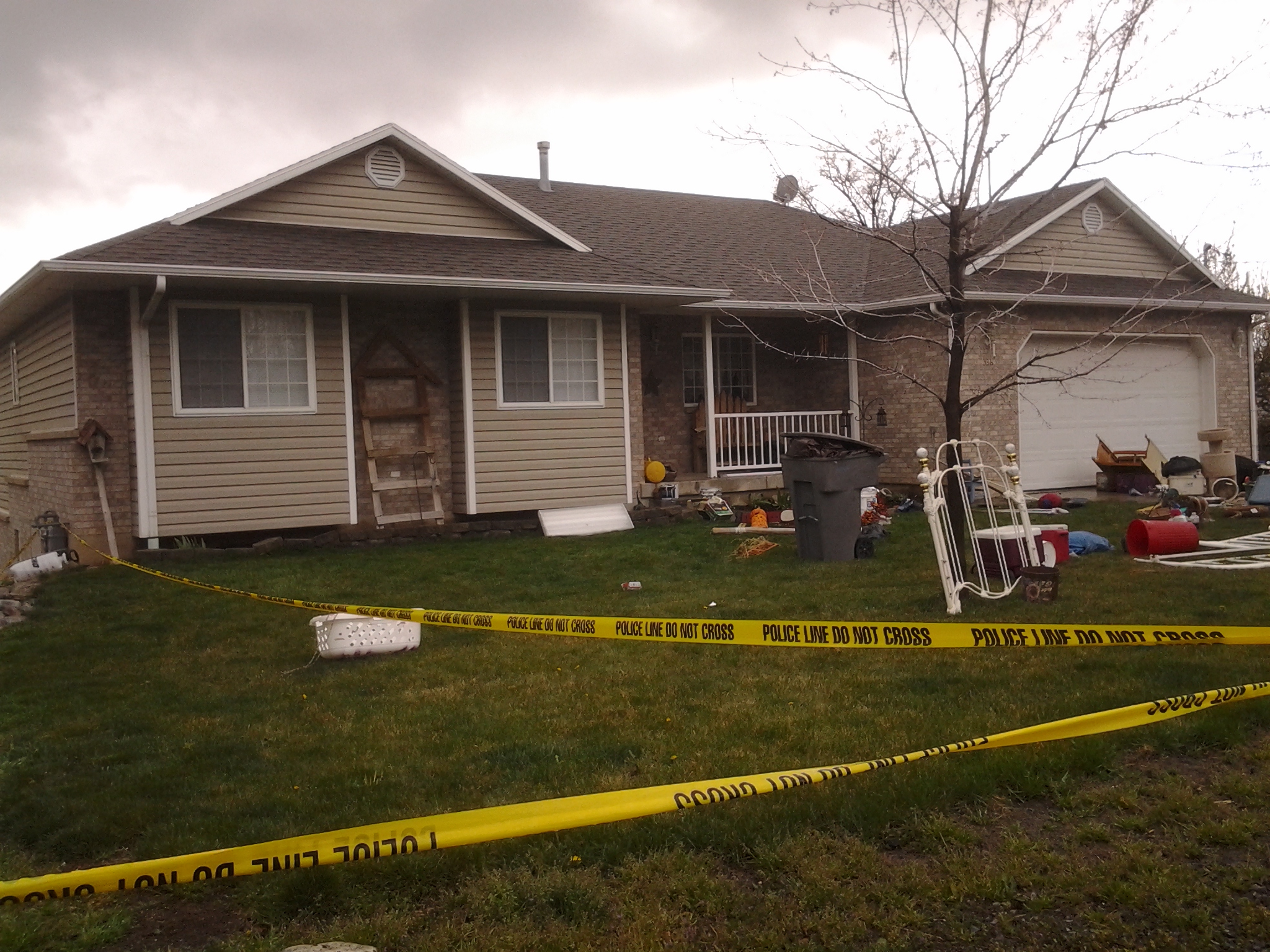