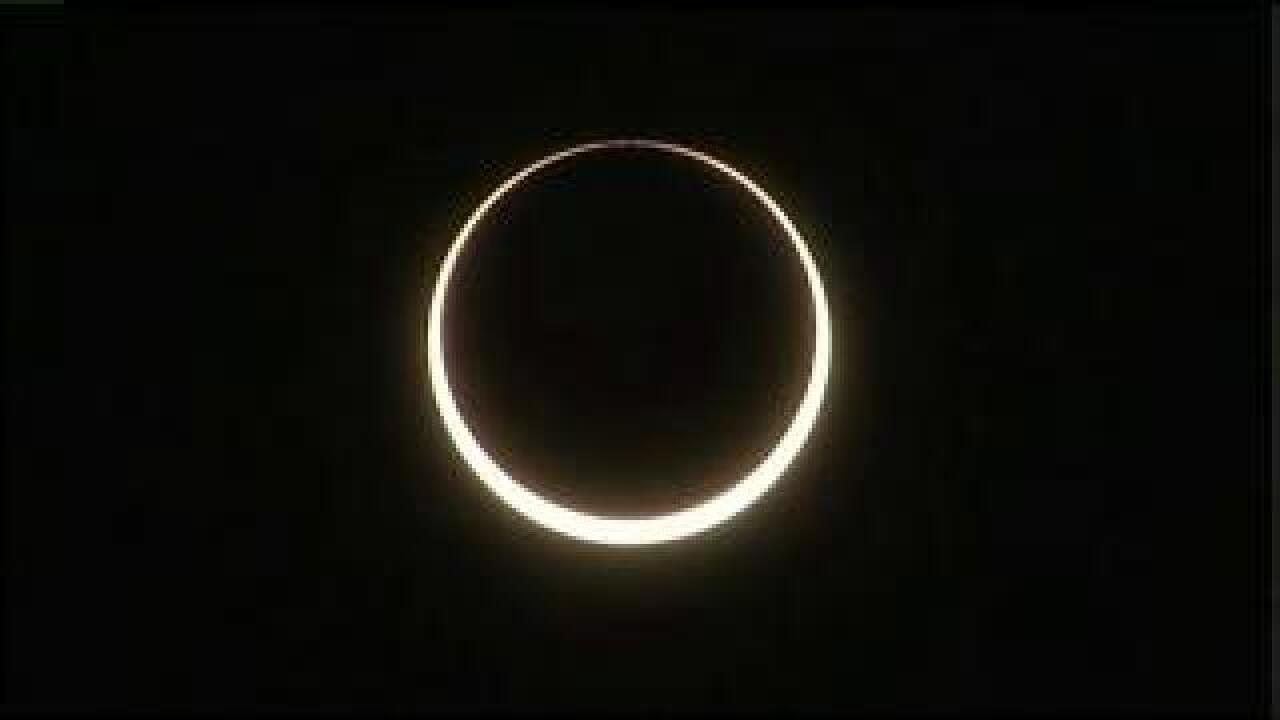 FOX 13 News' Nineveh Dinha spoke with local experts about the upcoming eclipse, see the video above for details.

(CNN) -- Prophecy loves signs from the heavens, and they will deliver Tuesday with a moonlight spectacle.

What will happen could sound sort of like this:

The moon will turn to blood as it aligns with Earth and sun Then do so thrice more ere a year and a half is done, 'Tis not the herald of the apocalypses Just the first of four total lunar eclipses.

In other words, get ready for an unusually beautiful moon to grace the night skies next week. There will be a total lunar eclipse Tuesday that will turn the moon a burnt reddish orange, NASA says.

It's called a blood moon, and this one is just the first in a series of four consecutive total eclipses.

Within a year and a half, North America will be able to see a blood moon a total of four times. The moon takes on this color during the eclipse as it passes through the Earth's shadow, which is the color of a desert sunset.

With that frequency, one might be misled into thinking that they are commonplace.

There are about two lunar eclipses per year, NASA says. Some of them -- penumbral eclipses -- are so subtle, they are vaguely visible and go greatly unnoticed.

Other eclipses just cast a partial shadow on the moon but lend it none of that brilliant sunset hue.

Lunar eclipses -- penumbral, partial or umbral -- occur in random order, NASA says. Getting four umbral eclipses in a row is like drawing a rare lunar poker hand of four of a kind.

Just like the poker players, astronomers have a name for that lucky draw. It's called a tetrad, NASA says.

"The most unique thing about the 2014-2015 tetrad is that all of them are visible for all or parts of the USA," longtime NASA eclipse expert Fred Espenak said in a prepared statement.

In the 21st century, there will be many tetrads, but look back a few centuries, and you'll find the opposite phenomenon, Espenak said.

Before the dawn of the 20th century, there was a 300-year period when there were none, he said. Zero.

That would mean that neither Sir Isaac Newton, Mozart, Queen Anne, George Washington, Napoleon, Abraham Lincoln nor their contemporaries ever had a chance to see one.

So, we're in luck. To take advantage of it, you'll have to stay up late from Monday night into Tuesday.

People in North and South America will be able to see the entire eclipse, while sky watchers in the western Pacific can catch only the last half. The moon will be setting in most of Europe and Africa during the eclipse, so residents there probably won't see much.

For gazing geeks, NASA has set up a live web chat to answer questions about the eclipse starting at 1 a.m. Eastern Time.

The heavenly curtain rises on Tuesday's lunar review around 2 a.m. ET, when the moon starts to slide into Earth's shadow.

It should turn into a blood moon -- a coppery red -- about an hour later and stay that way for over an hour, NASA says.

Tuesday's blood moon comes right on time for the Jewish festival of Passover, which commemorates the ancient Israelites' exodus from slavery in Egypt. According to the Bible, God cast 10 plagues upon the Egyptians, the final plague being the death of the firstborn. The Israelites painted lamb's blood on their doorways so that this plague would pass over their homes.