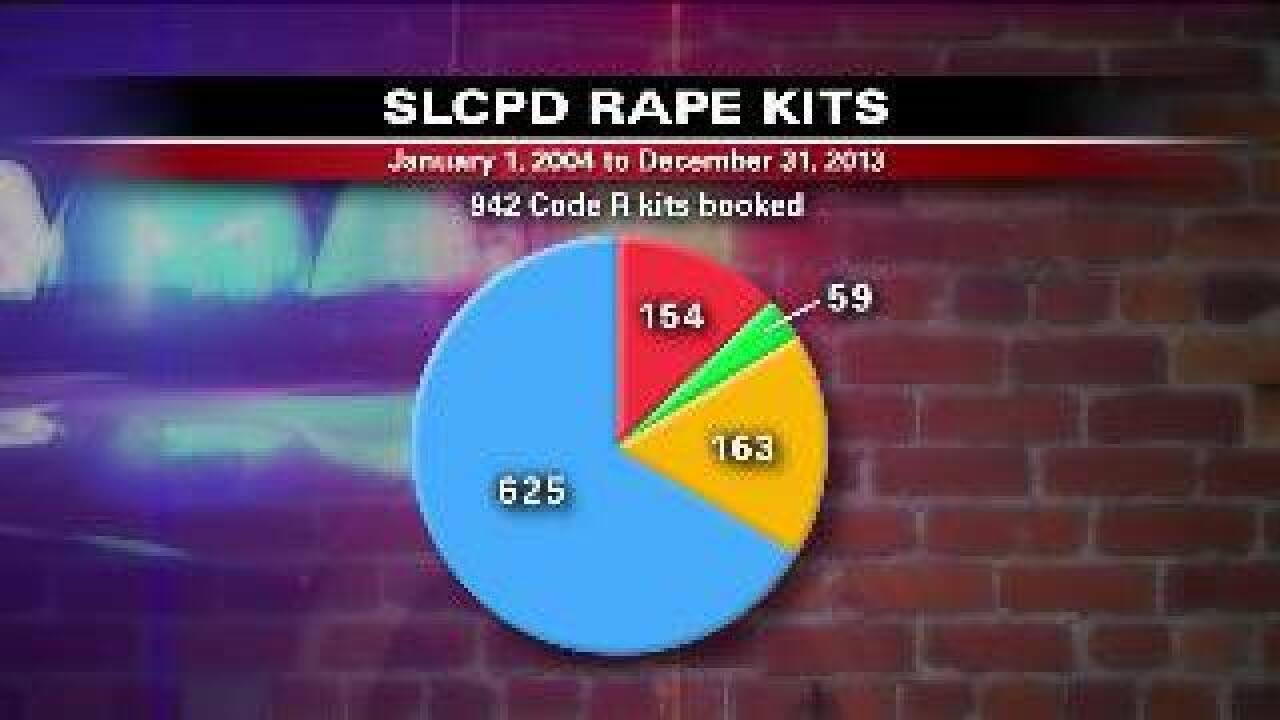 "It's absolutely mind-numbing how this could come into being!" he exclaimed at the end of a city council hearing on the issue. "Every victim of a sexual assault deserves complete justice. The fact that these kits have not been fully processed and fully entered into the database is of concern."

LaMalfa summoned Salt Lake City Police Chief Chris Burbank to appear before the council to talk about the untested rape kits. Burbank insisted the police were not shirking their duties.

"To say that we are not prioritizing certain cases... it's just not accurate," Burbank told FOX 13 outside the hearing.

Figures provided by the Salt Lake City Police Department revealed that from 2004-2014, detectives booked 942 "Code R kits," used to gather evidence of a sexual assault, into evidence. Of those:

Burbank said that in 2013 alone, the SLCPD collected more than 27,000 pieces of evidence.

"All of those potentially have some sort of DNA value," he told FOX 13. "To process every single one of those, it's not feasible. So we constantly are evaluating and making decisions."

Burbank said detectives were often able to obtain enough evidence to send to prosecutors for possible charges without having a Code R kit tested. It is somewhat expensive, about $1,100 per kit.

Holly Mullen, the executive director of the Rape Recovery Center, said she believes more needs to be done.

"Even if we don't test every single kit, we can test a lot more than we're doing right now," she said.

The Salt Lake City Council advanced the idea of a task force to see what the city can do to process the rape kits. Burbank said he believed his detectives were making the right decisions about what to do -- and said the kits were not being destroyed in case they were needed later.

Mullen said she understood Burbank's concerns, but believes that the decision to not process the rape kits sends a message to sexual assault victims.

"What the backlog and the delays tell them is, 'Your case is not important,'" she said. "There's also some judgment they feel that, 'They don't believe me. They think I lied, that I deserve this.' I'm not saying that the police believe that in any way. But this is the way a victim internalizes what's happening when days, weeks, months go by -- even years without the disposition of a rape kit."