Man buried, injured when project caved in shares his story

CENTERVILLE, Utah -- A Centerville man buried waist deep in mud and debris digs himself out.

The construction worker was excavating a swimming pool when the walls caved in, and now Luke Marti is still recovering at Intermountain Medical Center.

"It's clear as day and it's still emotional to talk about because it was so real," Marti said in an interview from his hospital bed. "It was, you've got to get yourself out or you're going to die."

It's still painful for him to go back in time. Last Wednesday was the day the 34 year old almost died.

Luke remembers, "I was making my way down the trench, about half way down..."

About half way down is when the dirt walls where the construction worker was digging a trench to make way for a sump system for a swimming pool caved all around him and water and mud came crumbling down.

"I was buried in mud, water and dirt up to my hips and my legs were trapped underneath me and I was kind of sitting forward with my hands in the water," he said.

"It's almost like when he was standing there, it would be like a big boulder coming down the hill and knocking you out, it's very powerful, it had trapped him and pushed him down to the ground and he was just chest high above water," said Jeff Bassett, the Chief for South Davis Metro Fire.

The pictures of the rescue show firefighters trying to shore a stable structure, but it would be nearly an hour before crews could reach him. With broken bones and a ruptured spleen, there seemed to be no way out. Luke began digging deep, with his hands and his heart.

"When I made the decision to get out of that mess, I remember thinking about my family and my three little boys and it was like a portrait of my family had been installed in my mind and it never left me and I used that as my strength to get myself out," he said.

"It's that will to survive," Chief Bassett said.

A will to live is what kept him going and he wasn't alone. Luke said it was like the hands of heaven reached down, lifted him out of the dirt and saved him.

"I still don't know the firefighter's name, but I hope someday I can embrace him and thank him," Luke said. "He reached down and put his arms around me; it was literally like an angel picked me up."

Bassett told FOX 13 News once Luke is doing better they plan to throw him a pizza party, and that's where the father of three will meet the firefighter he credits for saving his life.

Luke's injuries will take anywhere from three to eight months to heal. 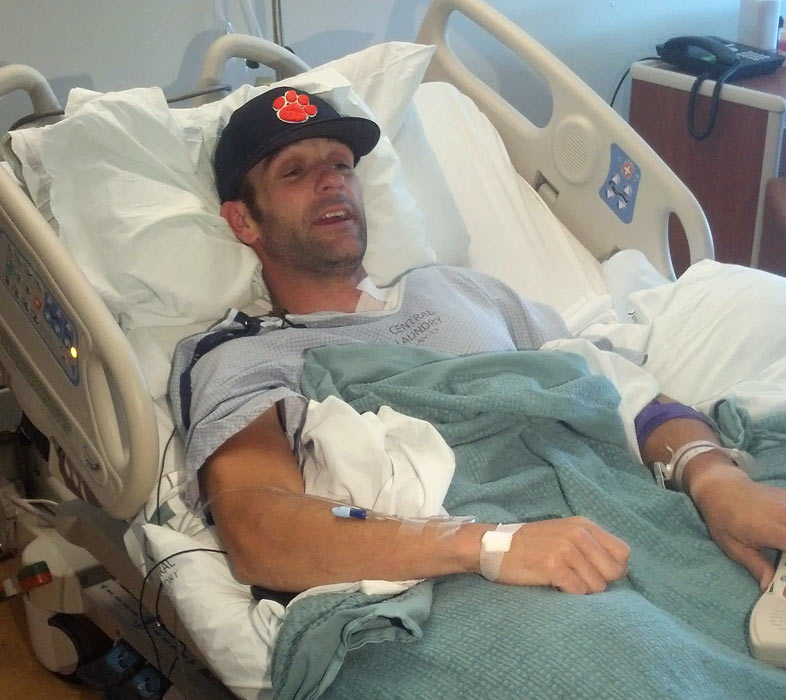