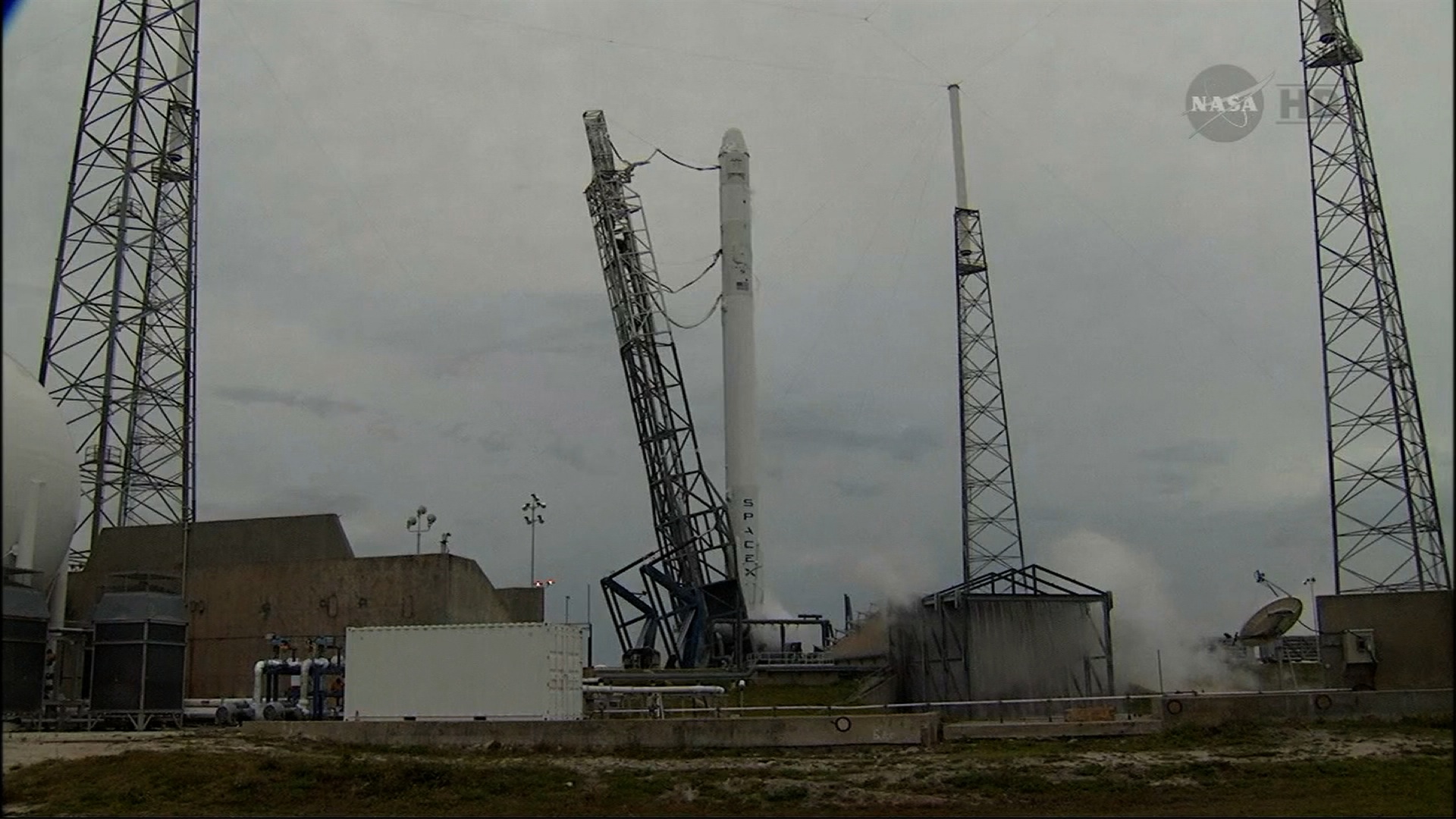 “I’m feeling pretty excited. This is a happy day,” said SpaceX founder and CEO Elon Musk on NASA’s space blog after the craft roared into space atop a Falcon 9 rocket.

The Dragon is scheduled to rendezvous with the International Space Station Sunday morning. The station’s robotic arm will capture the space freighter, bringing it in for a berth at the Harmony module port, NASA said.

The space freighter is carrying 2.5 tons of cargo in its third resupply mission to the ISS, according to a NASA statement.

The spacecraft’s payload includes some 150 experiments that range from growing plants efficiently in space to investigating how the human immune system functions in microgravity.

William Gerstenmaier, NASA’s associate administrator for Human Exploration and Operations, said the planned experiments represent important research for the space program. The research “will help us improve our understanding of how humans adapt to living in space for long periods of time and help us develop technologies that will enable deep space exploration.”

The cargo mission will also deliver a set of high-tech legs for Robonaut 2. The legs will allow the robotic torso, which is already aboard the orbiting laboratory, better mobility to help with a variety of tasks aboard the space station.

SpaceX is achieving some success with tests on reigniting the Falcon 9 rocket’s first stage on descent, Musk said on the NASA space blog. The hope is that by refiring the stage for a soft ocean landing, it can be recovered intact and reusable.

The Dragon will remain at the ISS for a month. When it leaves, it will bring back almost 3,500 pounds of scientific experiments, hardware, supplies and tools. It’s scheduled to splashdown in the Pacific Ocean, west of Baja, California, on May 18.