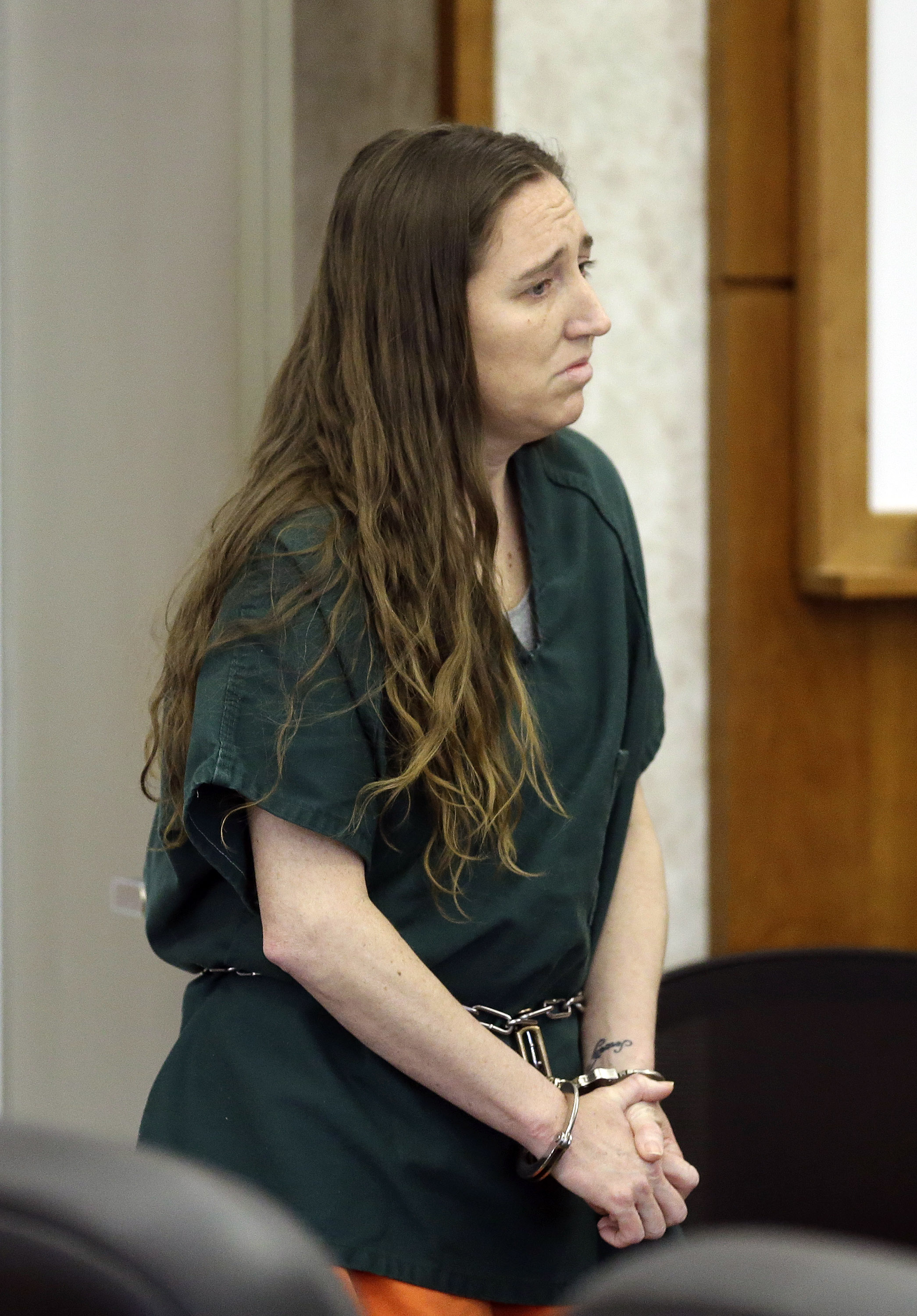 PROVO -- With her hands and ankles shackled, a Utah mother accused of murdering six of her infant children appeared in a Provo courtroom Monday.

Megan Huntsman was arrested more than a week ago, but formal charges have yet to be filed. The county attorney is asking for more time to review the detailed forensic evidence in this case. It's still unclear who fathered all the infants and whether they are boys or girls.

Huntsman made a very brief appearance in court. It only lasted five minutes.

The 39-year-old was shackled in handcuffs and leg irons as she stood in front of a judge and was told she's eligible for a court-appointed attorney.

"As you saw in the probable cause statement, she did admit she's done this...as far as motive we're not prepared to talk about that yet," said Det. Dan Beckstrom with the Pleasant Grove Police Department.

Police say the mother of three teenage daughters, confessed to suffocating six of her seven newborns over a ten year span, from 1996 to 2006. Her estranged husband Darren West, who recently came back to Utah after serving a stint in federal prison on drug charges, found the corpses on April 12.

They were packaged in cardboard boxes in the home they used to share in Pleasant Grove. Huntsman, who was arrested at her trailer in West Valley City, claims the seventh baby was stillborn.

While detectives piece together the forensic evidence from the medical examiner's autopsies, which were finished last week, the county attorney is asking for more time.

"We don't expect to have it all by next week but it'll put us farther down the road...we want to be careful, make sure that anything we do file is the right charge with the right dates and we want to make sure we don't file erroneously," said Jeff Buhman, Utah County Attorney.

There are still so many unanswered questions, mostly because the DNA testing isn't done yet. Prosecutors say according to Huntsman's confession, West fathered all the babies she's accused of killing.

"Right now the indications from Megan are there's one father and it's Darrin, but we don't know for sure if that's true and the DNA tests will help us determine that," Buhman said.

West, the estranged husband now has a lawyer. The county attorney and detectives met with him Monday afternoon. They say he's being cooperative and is not a suspect.
Meantime, Huntsman who is in jail on a $6 million cash-only bail is due back in court next on April 28.