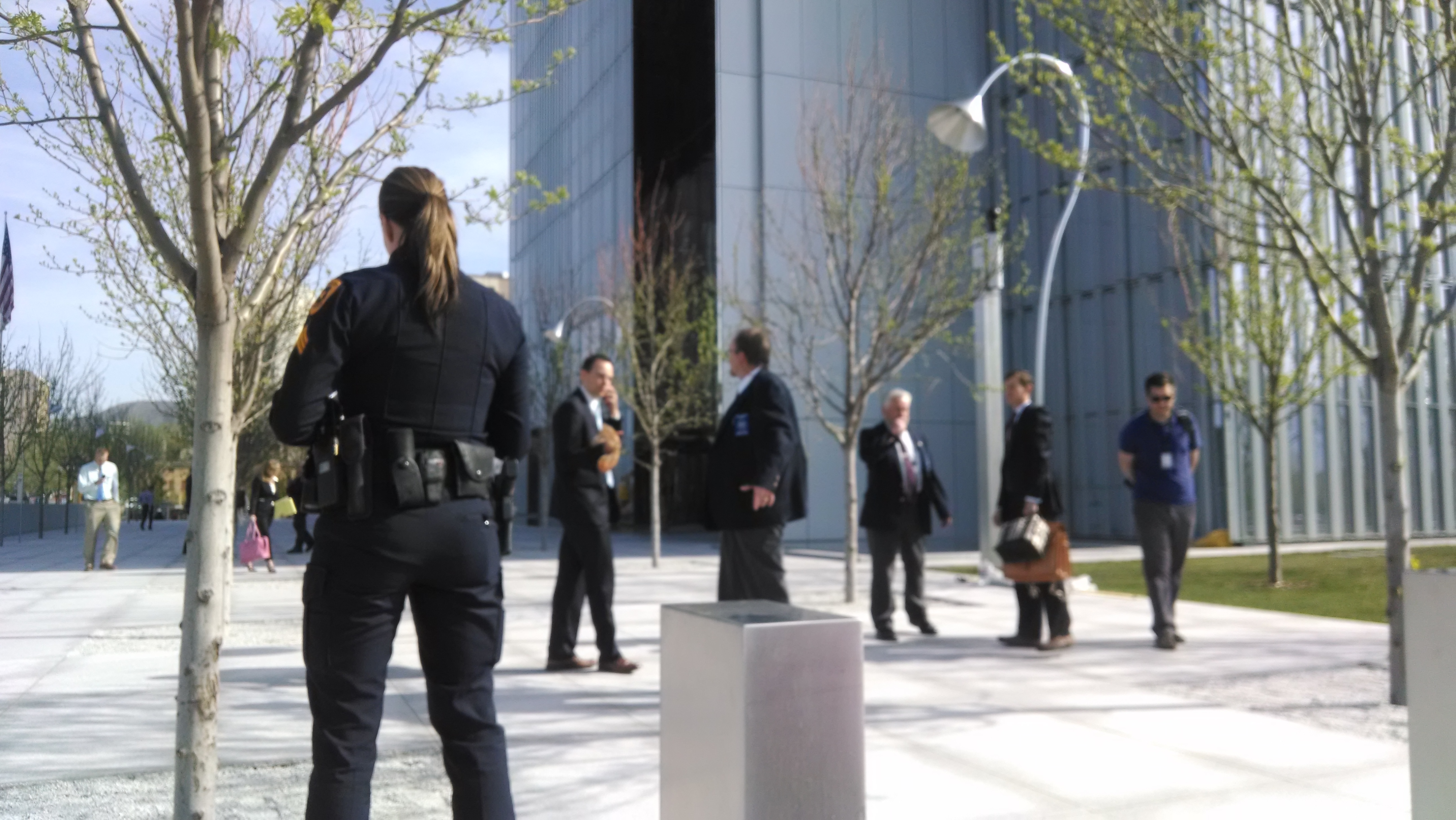 SALT LAKE CITY -- A U.S. Marshal shot-and-killed an alleged gang member who charged at a witness testifying against him during a trial at the federal courthouse here.

Siale Angilau, 25, was facing trial on mafia-style racketeering charges. Witnesses in the courtroom told FOX 13 that an inmate witness, who apparently was a former member of Angilau's gang, was testifying about life inside the gang.

FBI Assistant Special Agent-in-Charge Mark Dressen said Angilau grabbed a pen from the table and rushed up to the witness.

"There were people yelling at him, telling him to stop and he just didn't stop," said Sara Josephson, who was in the courtroom. "He kept going forward with his furiousness."

Perry Caldwell said someone in the courtroom shouted "Get on the floor!" and people ducked behind benches. The FBI said a U.S. Marshal, assigned to provide security for the courtroom, was to the side of the witness and the jury and shot Angilau.

"He (Angilau) was falling as he was still shooting him," Caldwell told FOX 13. "When he was on the ground, I think he got shot like four times on the ground."

The FBI would not say how many times Angilau was shot.

"I believe he was shot in the chest multiple times," Dressen said.

Angilau was rushed to a hospital where he was pronounced dead hours later. His attorney, Michael Langford, declined to comment except to express concern for his client.

The federal courthouse, a silver cube that stands out on the Salt Lake City skyline, has been open for only a week and Angilau's trial was the first jury trial in the new facility. It was locked down for hours. People inside the building were evacuated.

"We're all OK," U.S. Magistrate Judge Brooke Wells told FOX 13 as she was escorted out of the courthouse.

U.S. District Court Judge Tena Campbell, who presided over Angilau's trial, left the courthouse surrounded by security and personnel. She declined to comment to FOX 13.

Campbell immediately declared a mistrial after speaking to jurors who said they were "too shaken up" to continue. The trial had barely begun after a jury had been seated on Friday, the U.S. Attorney's Office for Utah said.

In an order issued late Monday, Judge Campbell extended the jury's term for the purposes of them receiving counseling.

Angilau was a member of the Tongan Crip Gang, which had been systematically prosecuted by the U.S. Attorney's Office on racketeering charges. Angilau was the final defendant in the massive case, which stretches back to 2008.

Federal prosecutors in Utah have targeted street gangs on RICO charges, labeling them as "organized crime" enterprises. Other defendants in the case have been convicted and sentenced to federal prisons across the nation, dismantling the gang's leadership.

Federal authorities would not identify the U.S. Marshal involved in the shooting, except to say it was under investigation. In a statement late Monday, federal authorities said courthouse security was not compromised, nor did they believe Angilau secreted a weapon into the building.

Caldwell said he believed the shooting was justified.

"I think it was warranted because I don't see how you could break up that fight that was happening," he said. "They were on each other. I do believe he (the U.S. Marshal) did the right thing."

The Utah State Prison in Draper and the Central Utah Correctional Facility in Gunnison have gone on lockdown as a security precaution because of the incident, according to the Utah Department of Corrections. Visitation is suspended until further notice.