UPDATE, April 24: The evacuation was lifted at 11:20 a.m. Thursday and residents were allowed to return home in Opal, Wyoming, according to a spokesperson with Wyoming Emergency Management.

The Wyoming Department of Transportation reopened US 30 and WYO 240 near the Opal-Kemmerer area Thursday as well.

ORIGINAL: OPAL, Wyo. — A small town in Wyoming was evacuated Wednesday afternoon after an explosion at a gas plant, and officials said the fire burning as a result will eventually burn out on its own.

Emergency officials confirmed to FOX 13 News Wednesday afternoon that the town of Opal was evacuated, and a press release from the Wyoming Department of Transportation stated that there had been an explosion at the Williams Gas Plant near Kemmerer at about 2 p.m.

Officials said Wednesday around 7:40 p.m. it wasn't clear when residents would be able to return and that it could be hours or days, depending on various factors.

Stephen Malik, Lincoln County public information officer, said there have not been any injuries reported.

“Last information we have, there’s still no confirmed reports of any injuries, and we’ve evacuated the town of Opal as a precaution,” he said.

Resident Ray Terkelson was among the evacuated.

"We could feel the shake, the house shake," he said of the blast.

Malik said the fire is under control but still burning.

“It sounds like they’ve got the fire contained I think, but it is right now, it is still actively burning and probably will for the near future,” he said.

Officials tell FOX 13 News' Annie Cutler the gas has been shut off at the facility, as is standard safety procedure, and they said the fire will eventually burn out on its own.

The cause of the fire remains unknown, and will likely remain unknown until crews are able to get inside the plant to investigate. There were about 30 people inside the plant when the explosion occurred.

George Angerbauer is a public outreach representative for the Williams Gas Plant, and he said they are being careful.

"There is residual gas even in full shut down--operating pipelines there, so technically there is a risk, that's why we're taking every precaution we can," he said.

The explosion forced Wyoming officials to temporarily close US 30 and WYO 240 near the Opal-Kemmerer area. Both roadways have since reopened, a representative for the Wyoming Department of Transportation said Thursday morning.

According to data from the 2010 census, there are about 100 people who live in the town, which is located in Lincoln County.

Malik said those who have been evacuated are sheltering at nearby hotels, including Little America and a Best Western. 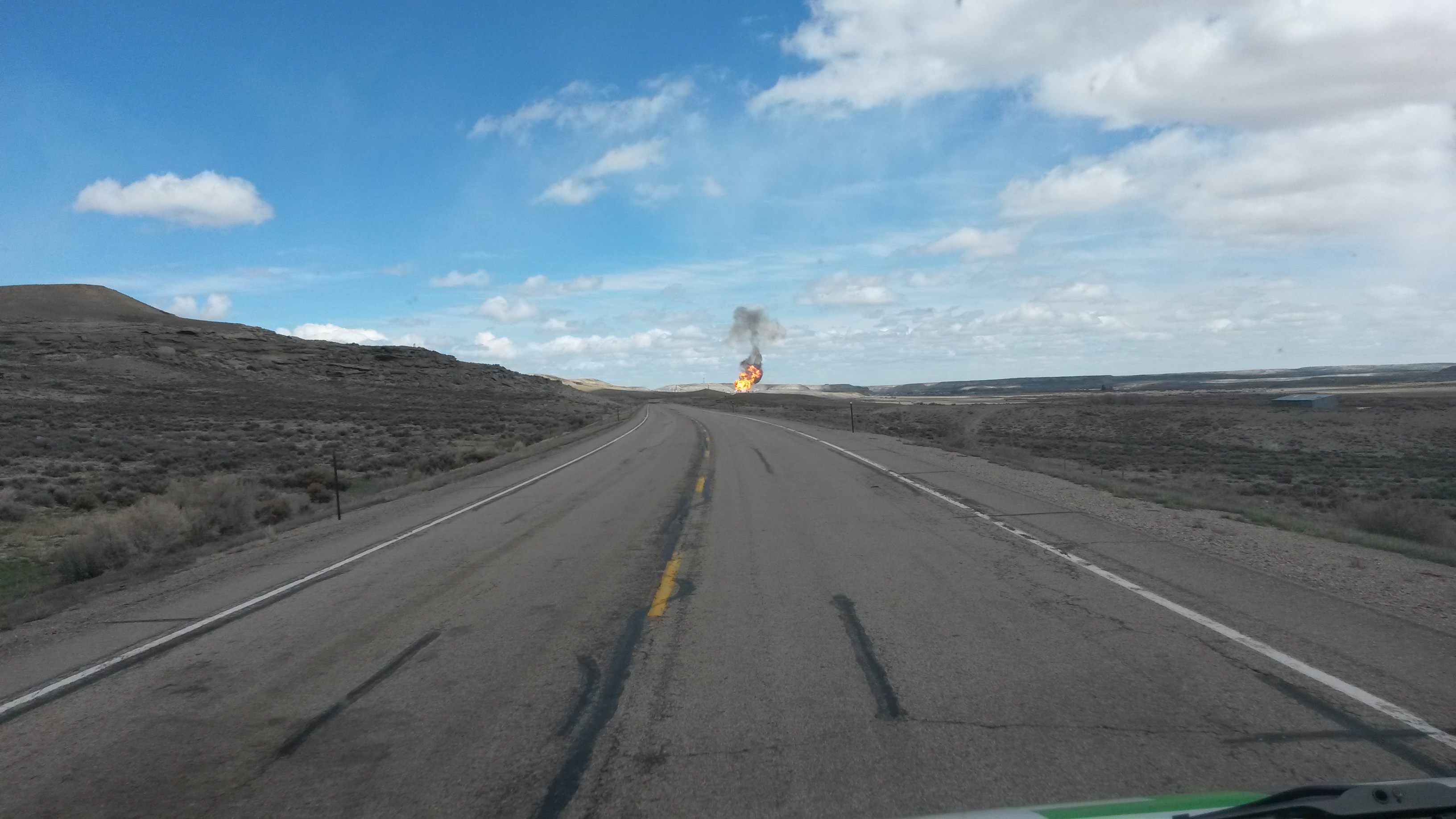