SALT LAKE CITY -- Two Salt Lake City motorcycle officers who were injured Thursday in a collision with a car have been released from the hospital.

Police said the motorcycle officers were traveling west bound on the one-way section of 500 South when they collided with a driver in a car.

The accident happened at the height of Thursday evening's commute, and police said the officers were going about 35 miles an hour. Detective Cody Lougy, Salt Lake City Police Department, said the crash occurred as they neared the intersection of 200 East.

"This vehicles appears to have turned in front of these three motorcyclists," he said of the two injured officers and their companions.

That vehicle was a Honda Fit driven by a woman in her 20s.

Megan Leonard was one of the first people on scene. She said she didn't see what happened but heard the crash.

Another witness who didn't want to be identified tells FOX 13 News she spoke with the driver of the car immediately after the crash.

"She said she looked carefully and didn't see anybody and she was changing lanes," the witness said. 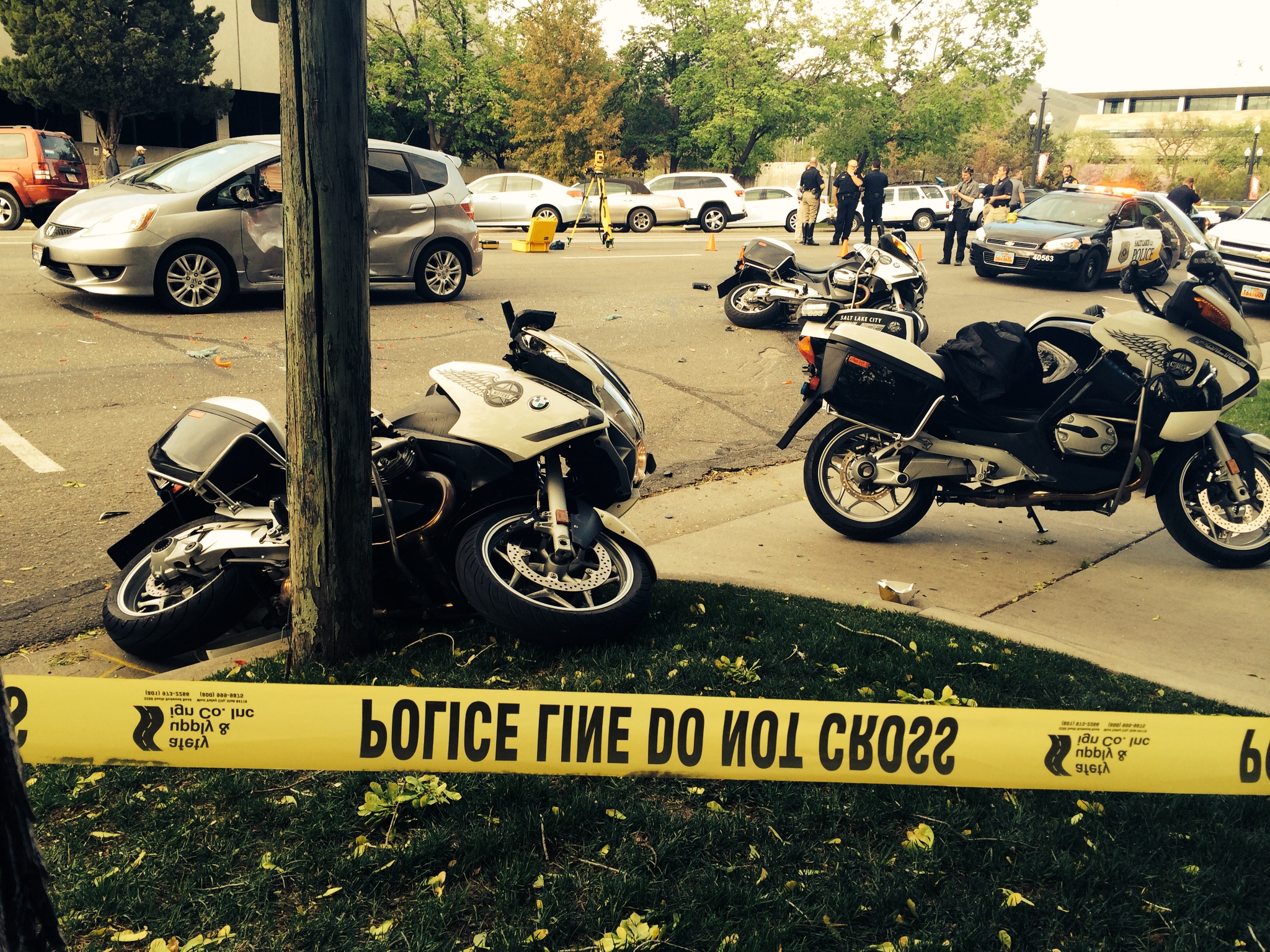