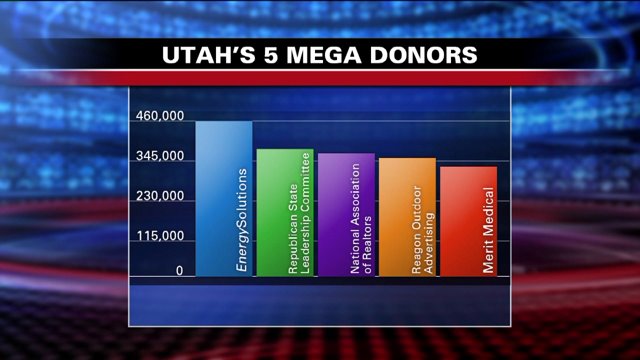 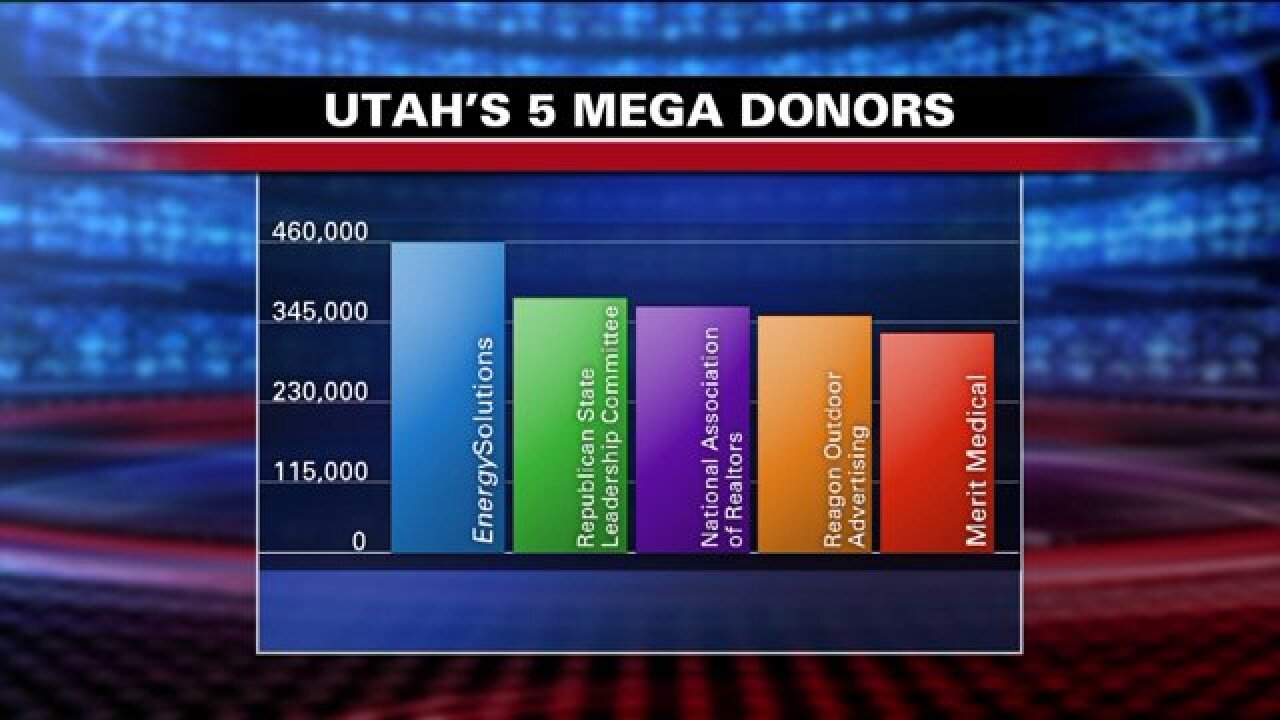 FOX 13 News crunched the numbers for corporate political donors to learn which companies give the most and how much they are giving to state politicians.

Campaign finance law in Utah is governed by one principle: Sunlight is the best disinfectant.

In other words, there are no limits to how much a corporation or individual can give a campaign, so long as they disclose the amount in a timely manner.

"In any election, there's millions going through with contributions being received and expenditures being made," said Mark Thomas, the state Director of Elections.

Thomas said new laws passed in 2014 give his office more authority to demand proper disclosure, but that is only effective if the public pays attention.

"Anytime we can provide some of that information, the trends, the categories, I think it can only be helpful to people who look at it," Thomas said.

And the 12 Super Donors:

State Senator Todd Weiler said donations from big companies started rolling in uninvited. In 2012 he ran as an incumbent after having been appointed to the office.

"When I was up for reelection in 2012 because I came in as a midterm appointment, without ever asking I received over 20,000 dollars of checks mailed right to my house. I mailed every one of them back," Weiler said.

Weiler doesn't accept corporate contributions, a practice he continued from his predecessor in the state Senate, Greg Bell.

Weiler said his reasoning has more to do with public perception than concerns about influence, though he thinks companies must think the donations benefit business.

"I have to assume they're doing it to get a return on their investment," Weiler said.