HIGH POINT, N.C. — Investigators looking into a fatal crash that occurred Thursday morning in North Carolina believe the driver may have been posting to Facebook in the seconds before the crash.

WGHP FOX 8 in North Carolina reports the accident occurred on the Business 85, and 32-year-old Courtney Ann Sanford may have posted about a song right before crossing the median and crashing head on into a truck.

“The Facebook text happened at 8:33. We got the call on the wreck at 8:34,” Lt. Chris Weisner with the High Point Police Department told FOX 8.

Weisner told FOX 8, “In a matter of seconds, a life was over just so she could notify some friends that she was happy.”

Officials said the story is a grim reminder about the dangers of distracted driving. Click here for more on this story from WGHP FOX 8. 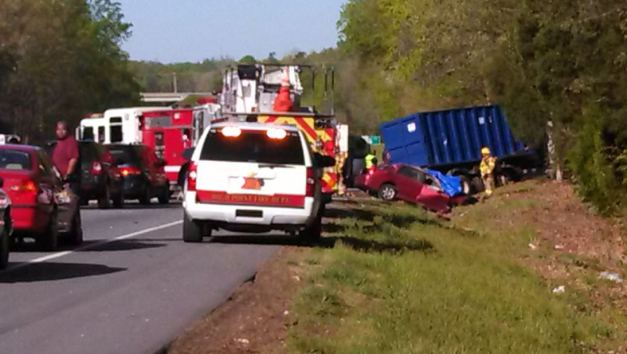