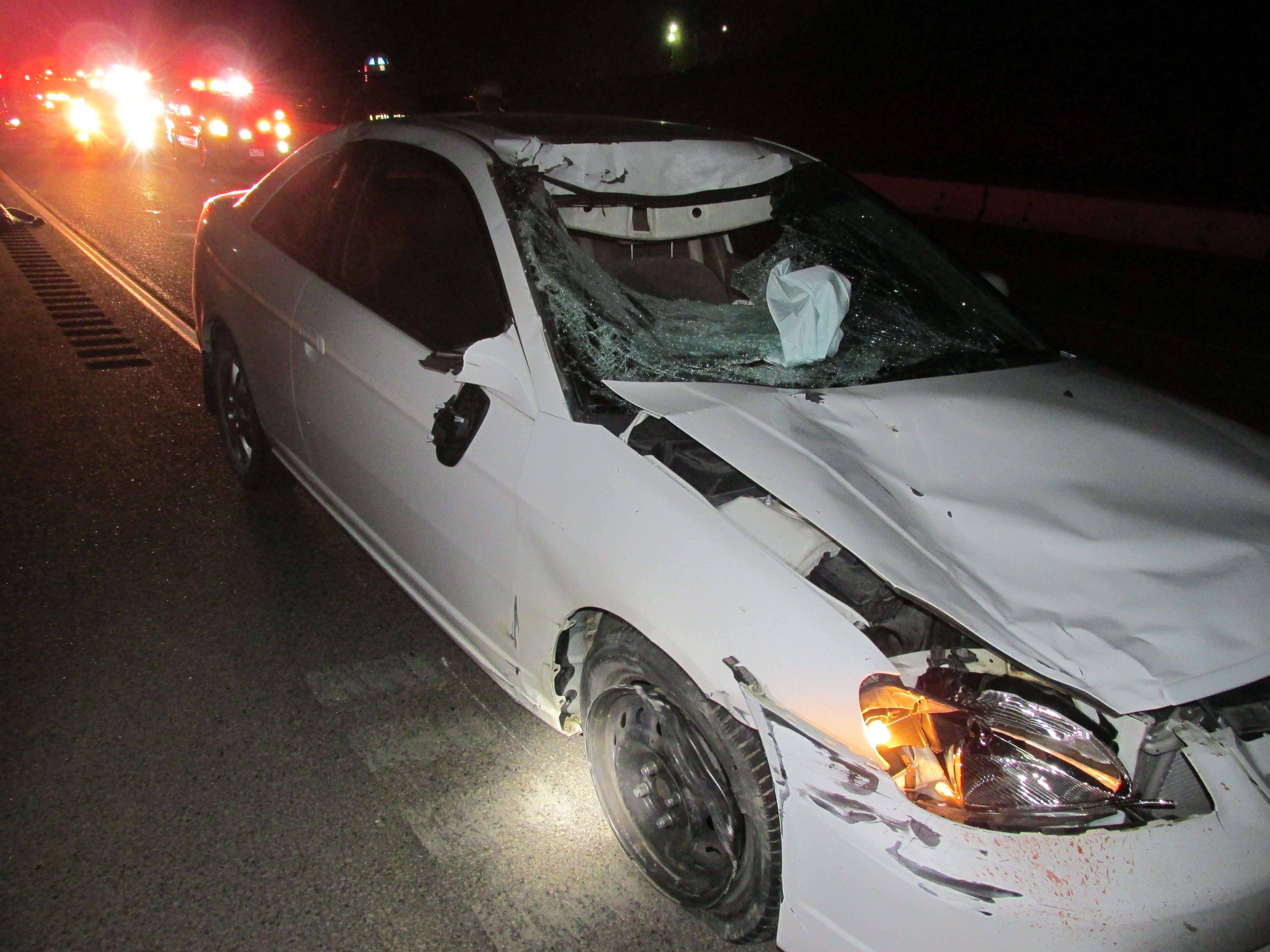 LEHI, Utah – One person is dead and another in extremely critical condition after a crash in Utah County early Saturday morning.

The Utah Highway Patrol says a semi-truck had broken down and was pulled over to the southbound shoulder on I-15 near milepost 285 in Lehi. Two people were standing on the side of the road as the semi was being hooked up to a tow truck.

The driver of a Honda Civic heading southbound apparently fell asleep at the wheel and drifted off the side of the freeway between the semi and some jersey barriers, hitting the two male drivers of the semi.

Just before 5 p.m., police released the names of those involved in the accident. Police officials said Boyd Miles, 42, of Franklin County Virginia was killed at the scene. Christopher Crandall, also of Franklin County, was taken to a hospital in critical condition. The driver of the Honda, 27-year-old James Warren, was not injured.

Miles died at the scene from the direct impact of the car, and officials said he was dragged about 150 feet. Crandall was thrown over a barrier and onto a nearby frontage road. Crandall was transported by medical helicopter to a nearby hospital.

The freeway was briefly shut down to let the medical helicopter land, but it has since reopened.