SALT LAKE CITY -- A 14-year-old boy who vanished from This is the Place Heritage Park has been found, safe.

Steven Smith was discovered in a backyard in a home in the upper Avenues neighborhood, more than a mile from where he disappeared on Wednesday afternoon. The boy has a mild form of autism, his family said, and was drawn to traffic. Police were worried he could be struck by a car.

"Thank you, thank you everybody for looking for my son, they found him," said Marie Smith, Steven's mother. "I'm so happy. I'm crying, but I'm so happy."

A Yorkie terrier named Sammy Girl alerted her owner to Steven's presence in his backyard. Sammy Girl is partially blind due to a previous cougar attack.

"The little kid was just laying back against the gate in the weeds," said Lynn Dixon. "Sammy can't see but she can hear! Amazing!"

Salt Lake City police said it was fortunate that things worked out so well. Surrounded by his family, Steven gave short answers to reporters about where he had been for the past 16 hours.

"Where did you sleep last night?" his father, David Smith, asked.

"On the grass," Steven replied.

"Did you get cold, Steven?" FOX 13 photographer Doug Eldredge asked him.

"How did you stay warm?"

"What did you think about?"

The search for Steven brought out many other parents of children with autism. Tricia Nelson said her child has wandered off before, terrifying her.

"It's the worst feeling in the world to not know where your child is, and to know they may be in danger," she said.

Nelson and other mothers showed up Thursday morning to offer their assistance. They wiped away tears as Steven was reunited with his family.

Nelson, who also serves on the board of the Utah Autism Academy, said it is important for families and law enforcement to recognize the special circumstances of children with autism.

Nelson said she recommends parents of autistic children contact emergency dispatchers to have their home addresses flagged. That way if they ever call 911 on a missing child, law enforcement could immediately know the urgency of the situation.

She praised Salt Lake City police for their quick response.

"Generally when a child with autism goes missing, everybody should be put on immediate alert like what was done in this situation," Nelson said. "Because it's important to realize these kids don't recognize dangers. He could wander into a road or fall into some water." 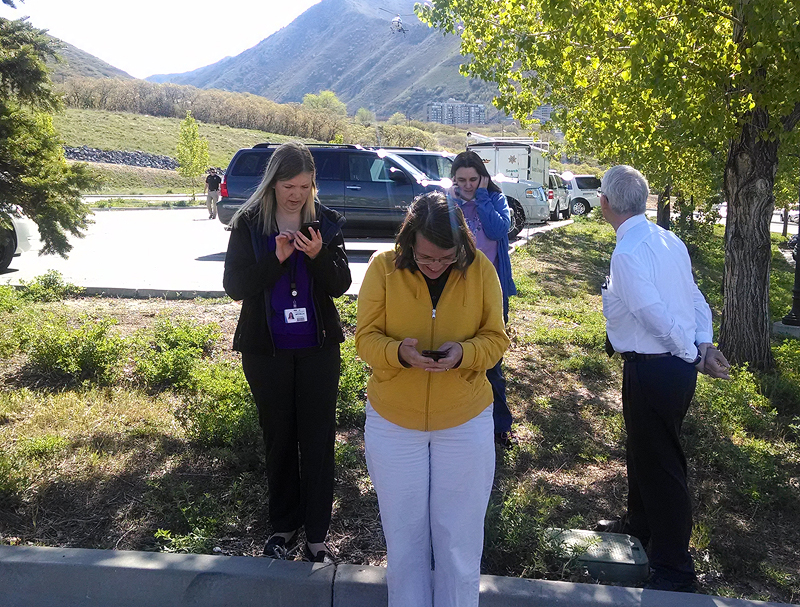