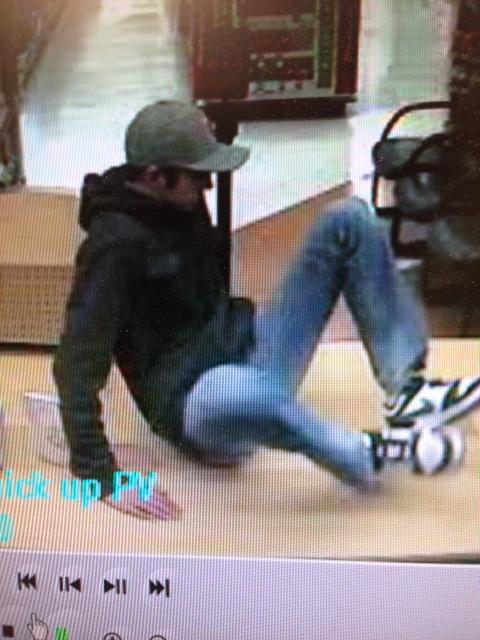 SOUTH OGDEN, Utah – Police are searching for three suspects who allegedly assaulted a pharmacist and stole prescription medication and cash from a pharmacy.

The incident occurred at around 9:30 p.m. Wednesday at a Walgreen Store located at 3600 S. Riverdale Road in South Ogden.

According to a press release from the South Ogden Police Department, one suspect acted as a lookout while the two other suspects jumped over the counter and assaulted the pharmacist. The suspects forced open a locked cabinet to take prescription pills, and they also allegedly forced the clerk to open the register, which allowed them to steal a small amount of cash.

The suspects are pictured above and described as follows in the press release:

“A skinny white male, in his early 20’s, approximately 5’10”, with sideburns. Wearing a grey jacket, blue jeans, and a light colored ball cap with a Hurley symbol on it.

A black male, heavy set, 6’ tall, early to mid 20’swith short hair, wearing a white or grey jacket with a 1” red stripe running down the sleeves.”

The clerk did not require medical attention. Officials stated in the release that the suspects were “violent, brazen, and methodical.”

Police said the suspects’ methods lead them to believe the men have experience carrying out similar robberies.

Anyone with information about the suspects or the alleged crime is asked to call police dispatch officials at 801-629-8221.