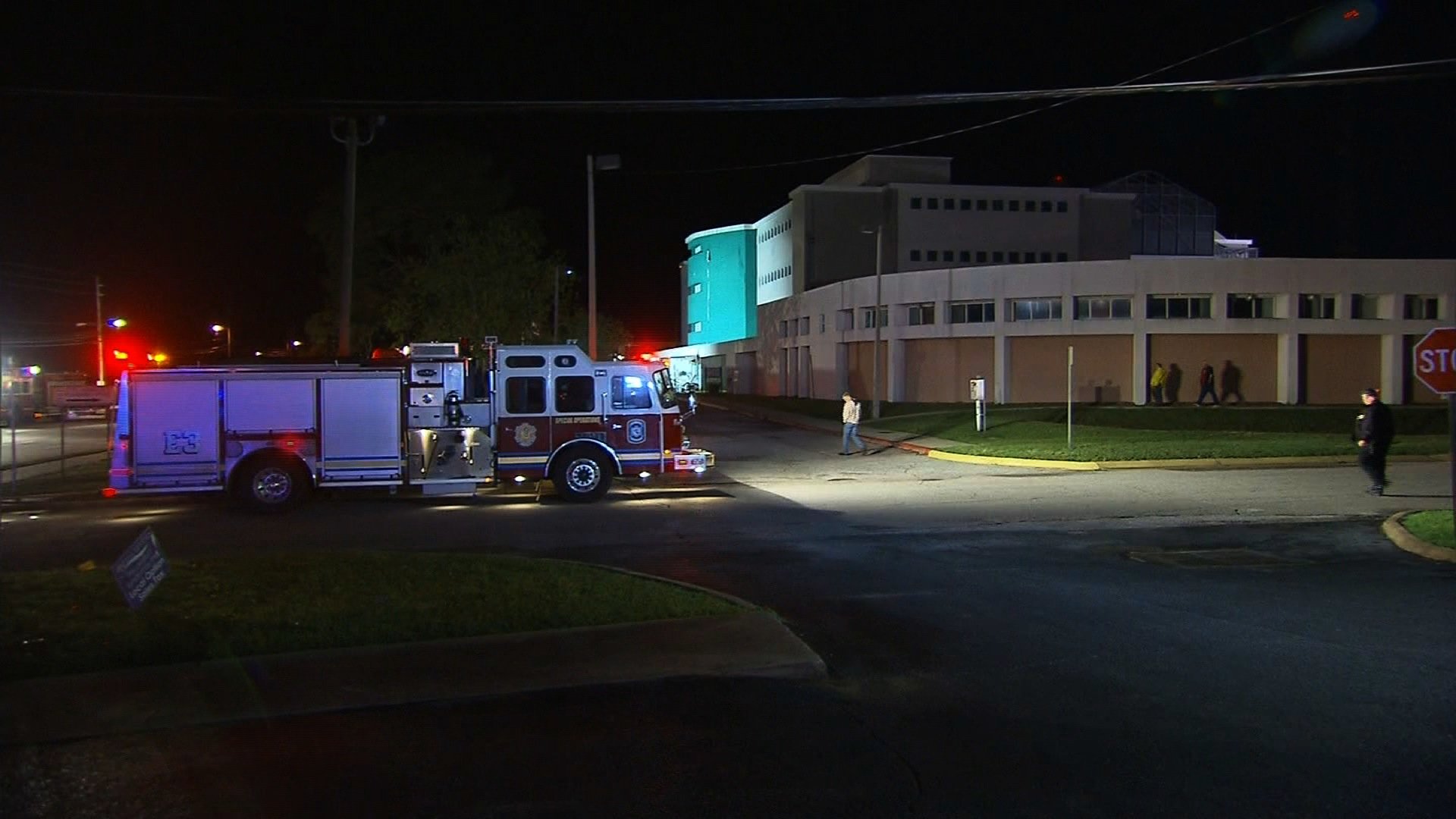 (CNN) — Part of the Escambia County, Florida, jail collapsed after an apparent gas explosion, killing two inmates and injuring about 100 others.

The explosion happened late Wednesday night in the Pensacola jail’s central booking area, county spokeswoman Kathleen Castro said. About 600 inmates were in the building at the time, she said.

About 100 to 150 inmates and jail workers were hurt, Castro said. Two inmates died.

A total of 155 patients were treated at five nearby hospitals, according to officials with those facilities. All of the patients suffered non-life-threatening injuries such as neck and back pain, and many were treated and released, the officials said.

The inmates who weren’t injured were taken to other jails.

By early Thursday, authorities had completed two sweeps of the building. Search and rescue work was ongoing.

It appeared the roof and part of a wall collapsed, Castro said.

The building had been “heavily damaged” by flooding caused by more than a foot of rain that fell this week but was still inhabitable, she said.

It was too early to say if the explosion was related to the flooding, she said.

“I don’t know, I can’t speculate whether that had something to do with what we believe was an explosion this evening,” she told CNN on Wednesday.

Relatives gathered at the scene to get details on their loved ones.