LINDON, Utah – Police in Lindon are looking for two male suspects who allegedly robbed a bank while armed with firearms, stun guns and pepper spray Friday.

The incident occurred around 12:27 p.m. Friday at an AMBank located at 144 South State St. in Lindon.

According to a press release from the Lindon Police Department, the suspects were “extremely aggressive and threatening to bank employees as they sought compliance with their demands.”

Sgt. Cody Cullimore of the Lindon City Police Department said from start to finish, the suspects were forceful.

"They came through the doors, they already had handguns in their hands, they were very intimidating, ordering employees to the ground," he said, later adding, "pointing guns at people's heads, put them on the ground, actually pepper-sprayed one individual directly in the face."

A male employee at the bank was pepper sprayed directly in the face by the suspects, and he suffered non life-threatening injuries. The same employee was hit several times with a what officials called a "'Stun Gun' type device."

"He [the employee] stated to us that he saw the individuals enter the bank, thought it was some kind of joke, thought it was someone playing a prank or something," Cullimore said. "He approached them and was immediately pepper sprayed and then was hit three times with a stun gun."

Other employees had firearms held to their heads and were exposed to the pepper spray.

"They were completely covered, honestly we could just see their eyes," she said.

The bank remained closed Friday afternoon as victim counselors worked with those who were present during the robbery.

The two suspects are described as males possibly in their 30s who are light-skinned or Hispanic. They were wearing business suits, one dressed in a light color the other a dark color. They were wearing heavy boots, black wigs, sun glasses and false beards.

The suspects fled with an undisclosed amount of cash. Police said it is possible they were in a dark or maroon-colored sedan or cross-over style SUV.

Anyone with information about the suspects or the alleged crime is asked to call police. 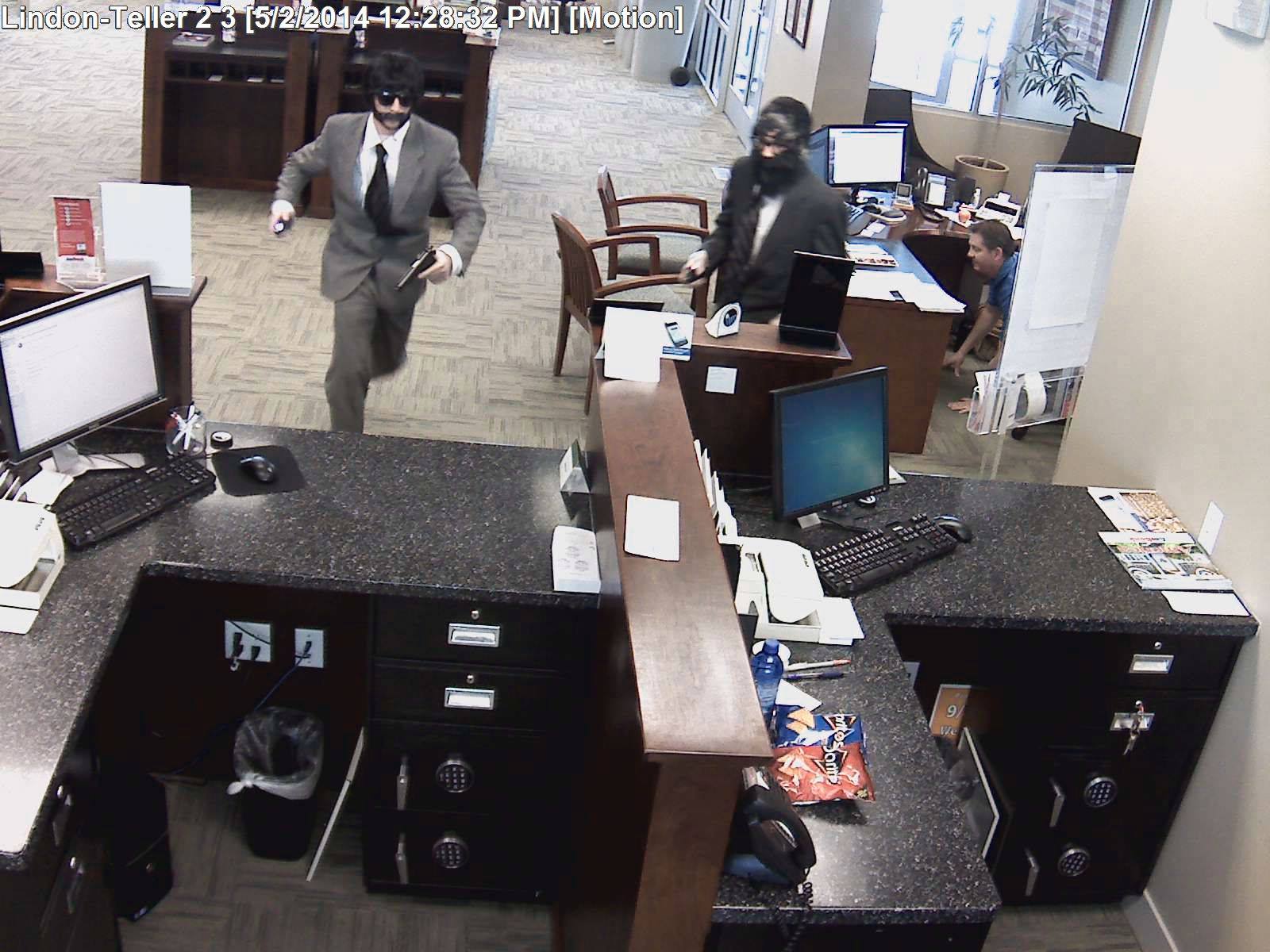