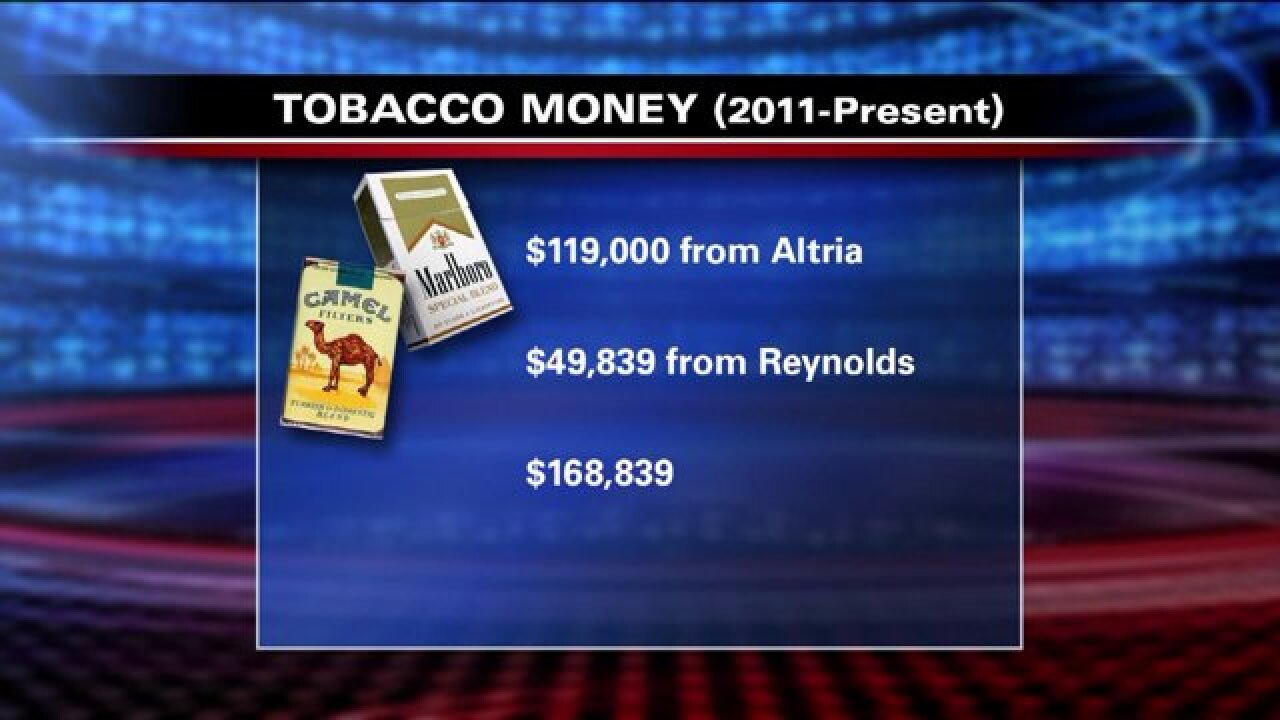 SALT LAKE CITY -- Contributing to candidates you believe in is a patriotic act, but the Center for Responsive Politics says fewer than 10% of voters have ever given to a candidate at any level of politics.

That leaves the field to wealthy individuals and corporations, and often the most generous corporations are the ones who face the greatest government scrutiny.

Take the two biggest cigarette makers in the country: Altria, makers of Marlboro, and Reynolds American, makers of Camel.

The two tobacco giants contribute millions around the country and tens of thousands in Utah. They also hire high-profile lobbyists.

Neither could talk to Fox 13 about the company, Curtis saying his contract doesn't allow it, but the former Speaker did refer us to an Altria Spokesman named David Sutton.

"We provide contributions to candidates and elected officials who understand the issues that are important to Altria and its businesses," said Sutton.

Beverly May, the Regional Director of the Campaign for Tobacco-Free Kids, says competing with the big dollars and big names is a challenge.

"It's not easy in the state of Utah to work on tobacco issues," Mays said, "We have probably more lobbyists in Utah that are full time lobbyists for the tobacco industry than a lot of other states have."

Tobacco companies also give disproportionately to Republicans in Utah. Fox 13 Examined all of Altria's contributions to candidates and PACs from 2011 to the first quarter of 2014 and found Altria gave Republicans more than 95% of their total Utah political contributions.

Fox 13 invited the top five recipients of Altria's money, listed in our broadcast story to comment, but had no takers.

"I accept lawful contributions which are fully disclosed. People know that when they donate to my campaign they are supporting someone who votes on the merits of each issue and does what I think is right for my constituents and in accordance with my principles."

"These contributions represent a very small percentage of my total campaign donations over the four year period you are reviewing. I receive campaign funds from a broad range of Interests. It is important to me to not allow any one group to dominate. First and foremost, I represent my constituents in Senate District Nine and their interests. I don't want to see anything conflict with that."

Here is the amount Altria gave lawmakers from 2011-April 2014 in descending order...