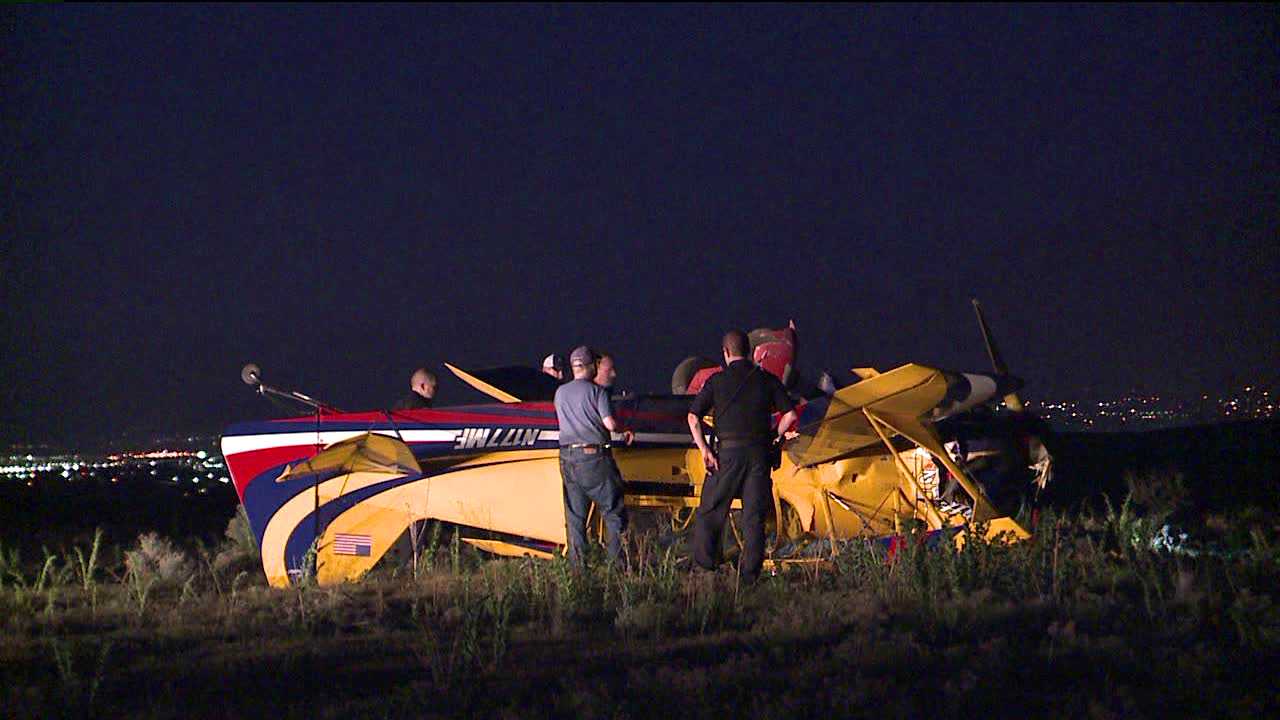 Officials said a husband and wife were flying from Washington to Provo when they began to have engine trouble over Draper. Police said the pilot has 39 years of flight experience.

“The pilot was able to look for an open field away from any residence, away from any highways, get to this field and managed to land his aircraft without any major injuries to any of the people aboard,” he said.

Photos from the scene show a small plane resting upside down on the ground.