TAYLORSVILLE, Utah -- Unified Police Department officials said Wednesday they had located a 15-month-old child after issuing an endangered missing advisory for her on Tuesday.

According to information from the Unified Police Department issued at about 2:40 p.m., Sophea Larsen was located and is safe.

Officials said on Facebook: "She was dropped off at a family members home and they contacted UPD. She has been reunited with her mom."

FOX 13 News' Robert Boyd spoke with officials regarding Sophea's return, see the video above for his live report.

Sophea was in the care of Jamie Webb when a court order was issued to take the child away and have her turned over to her mother, police said.

Danielle Larsen, Sophea's mother, spoke with FOX 13 about Webb and Sophea on Wednesday.

"I didn't want this and I wasn't trying to screw him over. This is about Sophea. This isn't about me and him. I never took her from him and he shouldn't have taken her from me," Danielle Larsen said.

Salt Lake County Sheriff Jim Winder said Danielle Larsen had been taking the right steps to get her daughter back.

"The bottom line is she's now done what any, I think very appropriately, what any concerned parent would do in this and she's said 'Dog gone it, I want my baby back.' She's gotten this court order," said Salt Lake County Sheriff Jim Winder. "From our standpoint, she's a mother deserving of her child being returned and we're gonna do all that we can do to that."

Police said Webb is a transient and has an outstanding warrant for his arrest.

UPD officers located Webb Tuesday and attempted to serve him with the court paperwork.

Police said Webb did not have the child with him and fled on foot from officers.

The child was not located in the vehicle Webb left behind. Detectives said they followed up on all known locations the child could be but did not find her during that search.

Police said they issued an endangered missing advisory because they were concerned for Sophea’s welfare.

In an interview with FOX 13, Sophea's mother, Danielle Larsen, said the little girl was taken from her after Webb choked her. She said that was in February.

Larsen tearfully described to FOX 13's Ben Winslow how Webb taunted her over text messages about her daughter.

"He told me I missed her first steps," she cried.

Larsen said Webb had been texting her, refusing to take the little girl to a doctor's appointment because he was afraid he would be arrested.

Since Sophea disappeared in February, Larsen said she had been trying to get the court and police to listen to her. But because Webb is considered Sophea's father, and because it was considered a domestic dispute, police could not do as much as they wanted. On Tuesday, Larsen was granted a writ of assistance from the courts allowing the police to take Sophea into protective custody.

When they attempted to serve it, Unified Police said, Webb fled. Sophea was not with him. 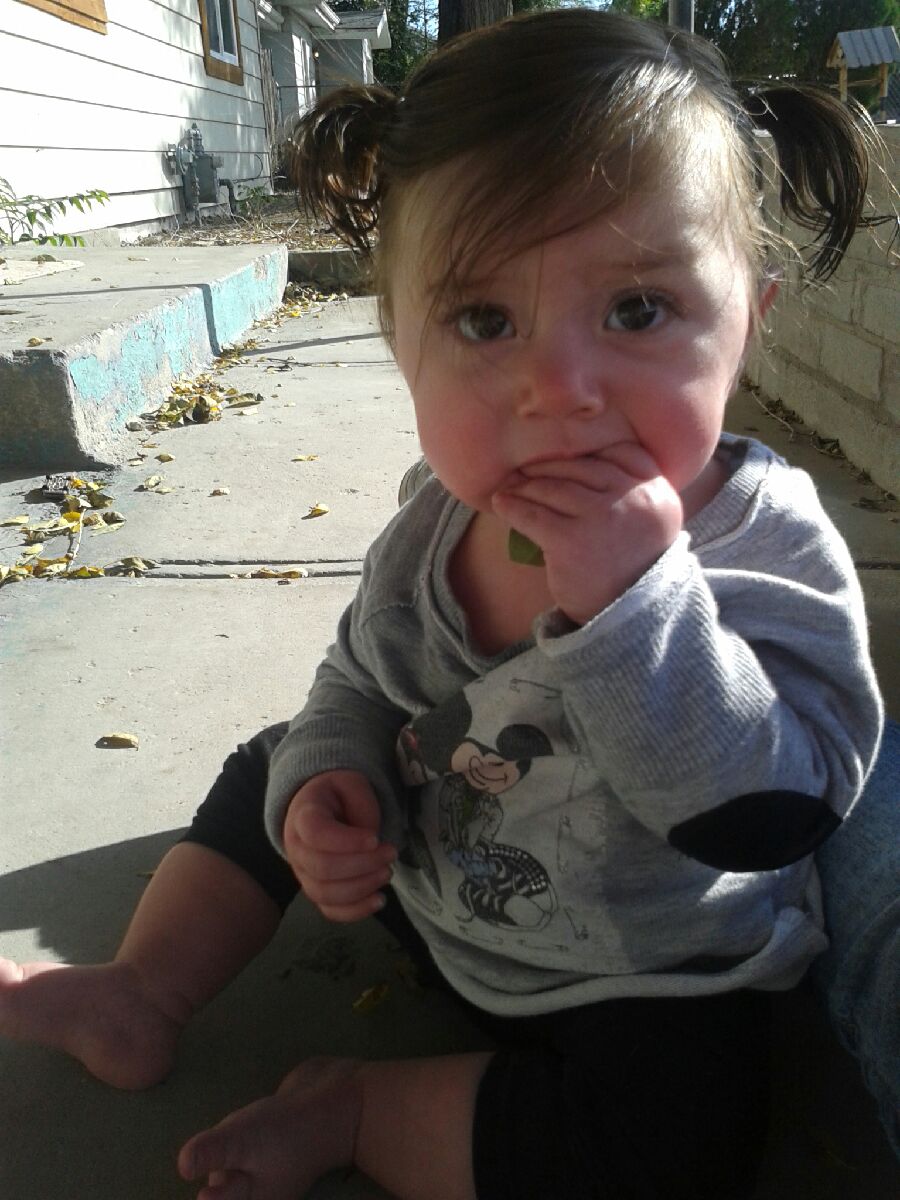