The accident occurred around 2:30 p.m. near 3365 S. 900 West when a white pickup truck was speeding eastbound on 3300 South; officials said when it entered the intersection at 900 West it struck an SUV that was either making a left turn or a U-turn.

The truck struck the SUV on the front passenger side, and the SUV spun 180 degrees. The truck was launched up and into the bus stop. Two males in their 20s who were in the pickup truck were in critical condition. Two women in the SUV were in serious condition.

The truck landed at the bus stop, which is in front of Unified Police Department's headquarters.

Sgt. Cammie Skogg, Unified Police Department, happened to witness the accident as she was fueling a vehicle at a nearby gas station, and she said the two men staggered out of the truck seeking help.

"Both were talking, one was kind of in and out, so very critical I would say, both in shock, but from what I understand now had actually climbed themselves out of the vehicle and then collapsed on the lawn," she said.

There was not anyone at the bus stop at the time of the accident. The cause of the crash is under investigation. 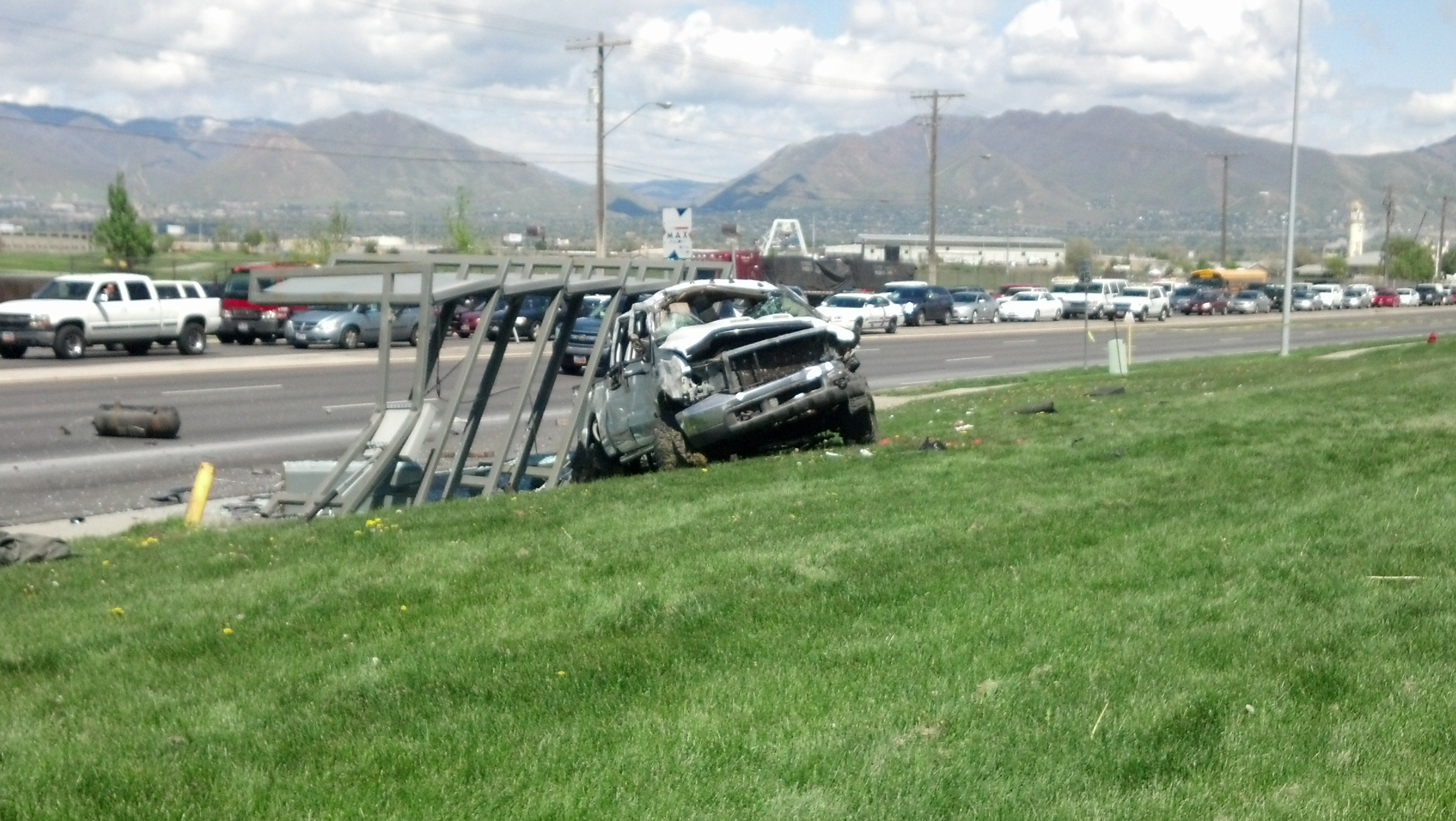