Have you visited any of these movie locations? 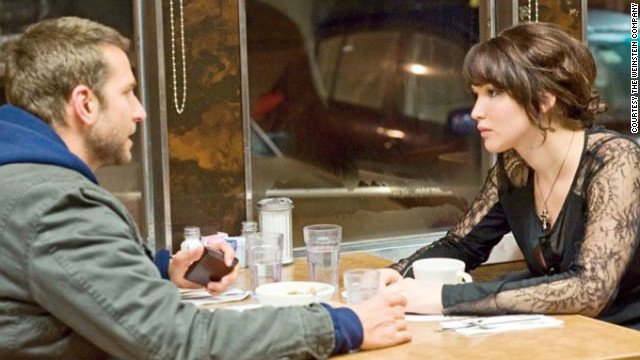 By Jordan Rane* for CNN

(CNN) — Nothing against L.A. studios, the Manhattan skyline, the Golden Gate Bridge and those tax-credit incentive states — “Lights, Camera, Georgia!” — that know how to reel in a big movie production.

But some of our favorite films have daringly lit out for all that other photogenic territory out there:

Places that tend to get far less screen time often turn in great performances when they do.

Is Liberal, Kansas, ready for its closeup? We’ll let you and Toto decide on that one.

If you haven’t seen (or re-seen) the following worthy titles lately, don’t forget to admire the work of that other vital main character: the actual location in which they were shot.

The most doomed-but-triumphant father-son road trip on Oscar-nominated film, “Nebraska” rolls across America’s high (but also rather lowish) Midwestern plains from Billings, Montana, to Lincoln, Nebraska.

Several stops en route include the fictional Nebraskan town of Hawthorne, a nice place for a mythical dysfunctional family reunion.

Hawthorne is a compilation of Nebraska communities orbiting the small city of Norfolk (Johnny Carson’s hometown).

Is any long drive in these parts complete without that mandatory pull-off at Mount Rushmore?

And is there any other classic movie scene that slaps four American presidents in the face at once?

“It’s just a pile of rocks,” barks Woody (Bruce Dern) to son David (Will Forte) when asked if he wants to stop by the monument.

“It looks unfinished,” he moans when they get there.

Mount Rushmore National Memorial; visitors traveling by car on I-90 should exit at Rapid City and follow U.S. Highway 16 southwest to Keystone and then Highway 244 to Mount Rushmore. Visitors coming from the south should follow Highway 385 north to Highway 244, which is the road leading to the memorial.

Less Wall Street than Long Island where the “Wolf’s” firm Stratton Oakmont was based.

According to real estate outfit Redfin, Belfort’s actual Old Brookville digs (an 8,700-square-foot mansion set on 2 acres that sold in 1991 for $1.55 million) wasn’t quite as extravagant as the film’s more screen-friendly mock-Tudor residence in nearby Oyster Bay.

The classic martini-swilling, war-chanting lunch between a young Jordan Belfort (Leonardo DiCaprio) and his LF Rothschild boss Mark Hanna (Matthew McConaughey) takes place in New York on the 41st floor of 666 Fifth Avenue at Top of the Sixes, according to eater.com.

Later, Belfort forms his own lowlife army of get-rich-quick recruits at Shalimar Diner (“Kancandes Diner” in the movie) in Rego Park, Queens.

The heart, soul and suburbs of Philadelphia.

“The movie celebrates and embraces the underdog spirit that Philadelphia knows and loves so dearly,” notes visitphilly.com, which now offers a Silver Linings Playbook-based two-day itinerary.

So does the West Philly adjacent neighborhood of Upper Darby, where Pat (Bradley Cooper) lives and dines/discourses with Tiffany (Jennifer Lawrence) at the Llanerch Diner.

The former hotel now houses private apartments, with an ornate dance floor that can be rented for special events (such as a climactic movie scene).

You can get just about anything at the 24/7 Llanerch Diner. The 12-page menu covers everything from quesadillas to Greek specialties to the William Penn Special (scrambled eggs on an English muffin with cheese sauce).

The worst place a solo hiker could get his hand pinned under a boulder for more than five days before being forced to self-amputate: a remote canyon in the middle of nowhere in southeast Utah.

Based on the amazing 2003 survival story of climber Aron Ralston.

Much filming was done on a set at the actual site, Blue John Canyon. It’s situated beyond the northwest boundary of Canyonlands National Park, about 30 miles from the nearest highway and a two-hour drive from the closest town.

In recent years, the rugged, isolated area has seen a spike in fatalities, injuries and rescued hikers attempting to retrace Ralston’s path.

Getting to the area where Ralston got stuck, requires a difficult 10-mile hike over rough, tricky terrain.

The spectacular subterranean pool from the opening scenes is somewhere else entirely: Homestead Crater at Homestead Resort in Midway, near Park City, Utah.

Known locally as a “hot pot” (there are many such formations in the area, though this is the largest), the dramatic crater is covered by a limestone dome.

It’s open to the public for soaking, snorkeling or diving by appointment through Homestead Crater.

An eerie coastal community isolated by bridges, giant spruce trees and herds of strangely agitated deer prove to be the ideal sequel hideout for a demonic dead girl wreaking havoc with an overwhelmed single mom and her freakish young son.

Astoria, Oregon, aka the oldest American city west of the Rockies.

This is where the mighty Columbia River meets the Pacific Ocean, and where Lewis & Clark reached the ocean during their own psychological thriller.

Washington is just a 4.1-mile bridge crossing away.

Creepy movie aside, friendlier Astoria’s own scene stealer is the Columbia River waterfront and a quaint hillside lined with Victorian homes and B&Bs.

The town has been featured in other films as well, including “The Goonies,” “Kindergarten Cop” and “Free Willy,” so a visit may bring back numerous cinematic memories.

Who would have predicted this to be the perfect canvas for an indie hit about a colossal high school nerd trying to get his equally unpopular friend, Pedro, elected school president?

With a population of a little more than 5,000, it’s the biggest town in southeastern Idaho’s Franklin County, and a friendly stopover for people who find themselves somewhere between Yellowstone National Park, Craters of the Moon National Monument and Utah — with or without tetherball skills.

Napoleon’s alma mater, Preston High School, and the nearby tetherball courts are the biggest hits on the movie location trail, all in and around Preston.

The suffocatingly pleasant drive along southeastern Idaho’s 127-mile Pioneer Historic Byway gives an additional sense of the place that made Napoleon go “Gaaaaaaah!”

A picturesque slice of California wine country framed by a Scandinavian-themed village just up the road (but otherwise light years away) from Los Angeles.

What better spot for an incompatible pair of SoCal buddies to enjoy a tragicomic bachelor week of carousing, round-the-clock arguing and unrelenting self-hatred.

It’s hub town of Solvang gets the “Danish Capital of America” tag, complete with cobblestone streets, bakers in costume and huge fake windmills.

More than 100 wineries are spread across the undulating Santa Ynez landscape, studded with oaks and the odd cow pasture, sort of perfect for impromptu picnics.

If you’d rather sit at a table, the Hitching Post II in neighboring Buellton (where Miles met Maya in the movie) is legendary for its barbecued steaks and well-paired vintages.

It still gets a nice little bump from the movie, which opted to do the filming somewhere else.

An easy 51 miles from central Chicago, the film’s stand-in for Punxsutawney launched its own Groundhog Day festival after the film’s release.

Events include a movie screening and a free walking tour of filming sites.

Woodstock’s celebrity stay is the Royal Victorian Manor Bed & Breakfast, an 1894 hilltop home built and resided in by a county judge for its first 20 years.

Nearly a century later, it would portray “The Cherry Street Inn” where time-trapped newsman Phil Connors (Bill Murray) overnights — over and over again.

A small Iowa town sporting a homemade baseball diamond in the middle of an Iowa cornfield — built by a dreamy farmer who hears a voice telling him to do this.

Twenty five years and one huge hit movie after the perfect farm was cast in this eastern Iowa community, 65,000 annual visitors flock to The Field of Dreams Movie Site.

A larger baseball-themed project is now in development at the recently sold property.

Built in 1893, downtown L.A.’s most hallowed commercial building and a staple site on the Los Angeles Conservancy’s Historic Downtown walking tour is otherwise easy to walk right past.

It was perfect for the “Blade Runner” climactic rooftop showdown between androids and Rick Deckard (Harrison Ford), as well as cameos in “Chinatown” and several other movies.

Specifically Muncie, Indiana, where electrical power repairman Roy Neary (Richard Dreyfuss) lives — and where none of the movie ended up being shot.

The majority of filming took place on enormous hangar-style sets at a former air force base in Mobile, Alabama, and in the city’s surrounding suburbs.

But the film’s star set piece is hiding more than 1,500 miles away in northeastern Wyoming.

Wyoming’s Devils Tower National Monument is a 1,267 foot igneous intrusion and the chosen landing site for the movie’s alien mothership.

Visitors have described an elevated sense of well-being and serenity at this small park’s signature volcanic pillar, a sacred site to more than 20 Native American tribes and perhaps certain extraterrestrials.

MGM Studios (now Sony Pictures Studios) in Culver City, California, where the entire movie was filmed (indoors) on the lot.

Back in real world Kansas, the tiny town of Liberal (population just above 20,000) features “Dorothy’s House & the Land of Oz,” a Sunflower State roadside attraction honoring the most famous movie that ever called Kansas “home.”

Featuring a converted 1907 farmhouse and a homespun Oz museum connected by a yellow brick path, tours are led by Dorothy-clad guides — yes, in ruby slippers.

“Liberal has the friendliest people in the world,” notes executive director JoAnne Mansell. “Had Dorothy grown up in Kansas, there’s no question this is where she would have lived.”

*A Lowell Thomas Award recipient from the Society of American Travel Writers, Jordan Rane’s writing has appeared in more than 50 publications. He won the grand prize in the 2013 Scriptapalooza scriptwriting competition.