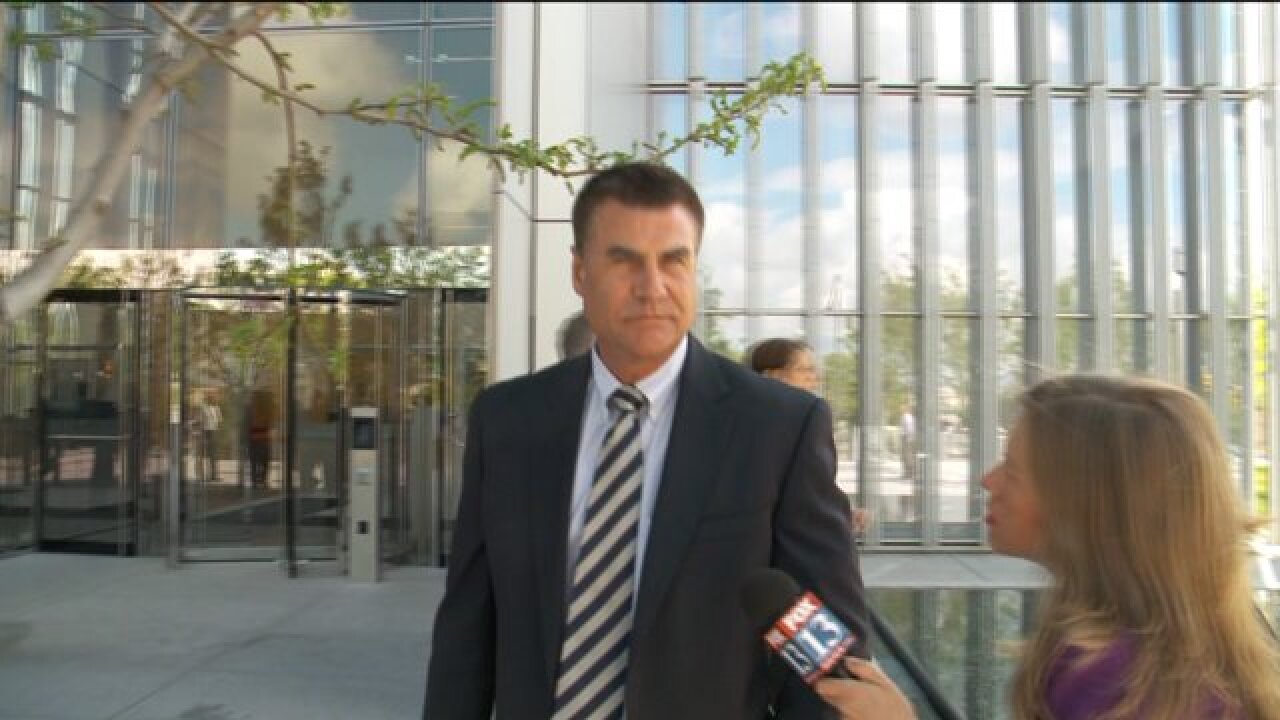 SALT LAKE CITY -- He was an expert on wealth management on CNBC and a blogger for the Wall Street Journal, but on Thursday Curtis DeYoung had no comment for FOX 13 News outside of U.S. District Court in Salt Lake City.

The founder and CEO of American Pension Services in Riverton, DeYoung, is accused of squandering millions from investors who setup self-directed retirement accounts (IRA) with his company.

“Unfortunately for Mr. DeYoung, he admitted to the misappropriation of funds to employees of American Pension Services and quantified those funds, which is 24 million dollars,” said Daniel Wadley, trial counsel for the U.S. Securities and Exchange Commission.

In April, the SEC filed a lawsuit against DeYoung, accusing him of defrauding investors out of millions of dollars. Since 2005, they allege DeYoung used customer dollars, without their consent, to make unauthorized and risky investments in companies belonging to his friends. When those produced no returns, investigators said DeYoung attracted new clients to make up for some of the deficit.

“This is the hard earned, in this case retirement accounts, of individuals who rely and depend upon this as a source of income for the rest of their lives and certainly has a significant impact on their livelihood,” Wadley said.

Many of DeYoung’s clients packed a courtroom on the 7th floor to face him for the first time since the allegations surfaced.

“I’m glad if there was any malfeasance that it was caught early,” Investor Brad Parkin said.

APS holds a single real estate note for Parkin, which he doesn’t believe has been affected. When he decided to invest with them a few years ago, he said DeYoung seemed trustworthy.

“He’s a stand-up guy,” Parkin said. "He’s a good guy. My meeting with him a month ago had nothing to do with my investment at APS, and frankly as I just mentioned to you a moment ago, he was just oozing with confidence and professionalism.”

The SEC took control of DeYoung’s office on April 24 and froze the company’s assets to protect customer accounts. According to court documents, DeYoung violated the asset freeze on April 28 by transferring at least $150,000 to accounts at different banks for family members.

“It was given to an individual who was employed at APS,” Wadley said. “And it was deposited in newly formed bank accounts, apparently in an effort to make those funds available to Mr. DeYoung.”

Last week, attorneys for the commission searched DeYoung’s home in Draper after learning he may have removed documents from his office to store there.

“We would be interested in any and all possible assets that could be used to repay investors,” Wadley said.

Salt Lake County records show DeYoung’s home was most recently assessed to be worth approximately $630,000. Investigators have not said if DeYoung owns any other property.

It has yet to be determined how the SEC can recoup the funds lost and which APS customers will be reimbursed. Some of the money from the APS’ approximately 5,500 clients was commingled in a main account, which can make the losses hard to trace to specific people, according to investigators.

Wadley said: “That’s one of the big challenges, right? And the receiver and the commission, with the court’s participation, will look at any and every opportunity to recoup the funds, to pay back the defrauded investors.”

The SEC had filed a motion for a preliminary injunction, in hopes of making the temporary receivership, appointed by the court, more permanent.

However, because DeYoung’s assets have been frozen, his attorney expressed concern to the court about how his client will pay him for services. He requested the court provide him time to draft an argument for releasing some of the frozen assets.