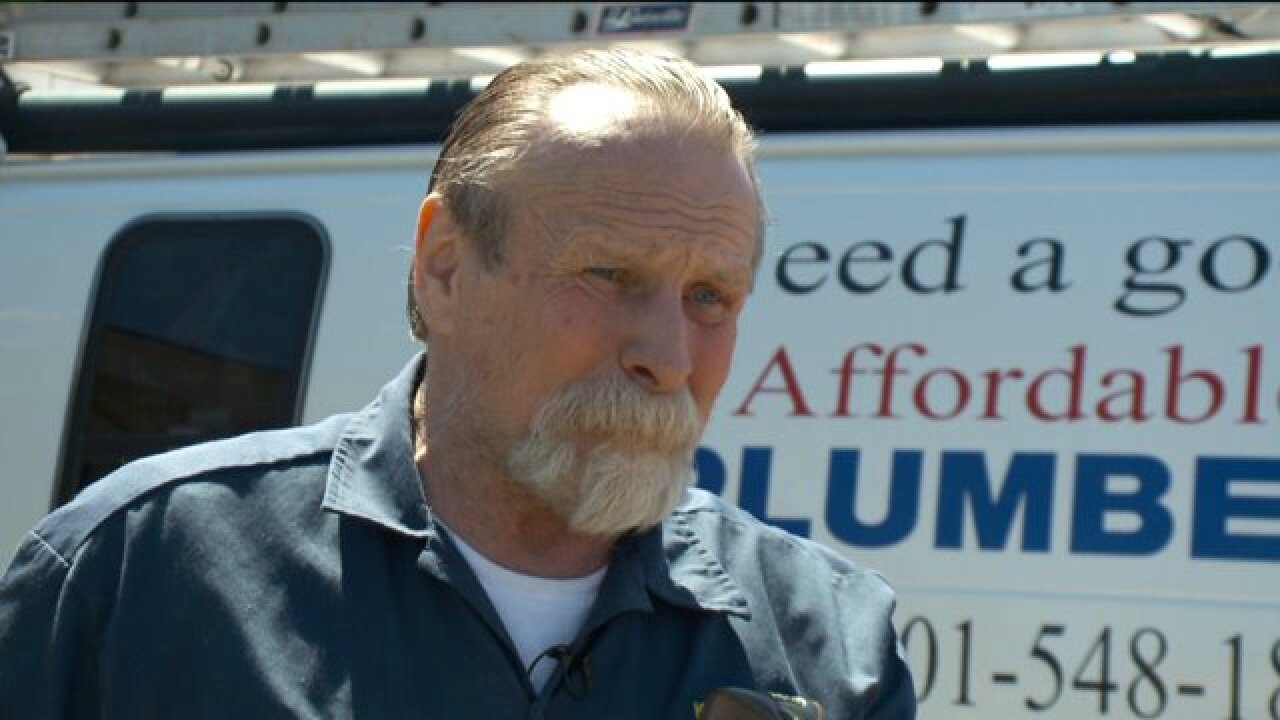 WEST VALLEY CITY, Utah -- In the 1980s, he was a drug dealer put away for attempted murder, but today, a West Valley City man is making good on his past by paying it forward.

“I ended up doing about an even 20 years, counting parole,” Karl Winsness said.

He was sent to prison in 1988 for attempted criminal homicide of a police officer.

“They served a no-knock warrant; I fired two warning shots,” Winsness said. “I fired two more shots as I retreated. One of the officers on the other side of the wall got wounded.”

While Winsness was behind bars, his two daughters didn’t have it so easy.

Decades later, he decided to make up for the lost time. Using his plumbing business, he started funding an operation on the side, known as The Willy the Plumber Scholarship, a foundation titled after his nickname, Willy.

“If you get a divorce or a parent dies, you get Social Security or benefits from Social Security, or you get child support from the divorce: If you go to prison, you get nothing,” Winsness said.

With the help of community donations, his foundation seeks to fund college scholarships for the children of inmates.

The scholarship provided $3,500 in scholarships for Utah students in 2013, including Mariah Williamson, a freshman at the University of Utah.

“You really are like the shadow of your parents that are incarcerated because people just assume you’re going to be the apple that doesn’t fall far from the tree and end up like her,” Williamson said.

The social work major was mostly raised by her grandmother, while her mother served time behind bars.

Along with receiving a full scholarship to the U, Winsness’ foundation provided her with a $1,000 scholarship.

“The U was always my goal,” Williamson said. “I always dreamed of coming up here and being the biggest U.”

Next year, her cousin will be joining her on campus.

“I used to live with my mom when I was little, and she was in jail most of my childhood, I guess you could say,” said Selena Montoya, who hopes to major in biology.

For them, college never seemed possible. But now, they’re leading new lives for themselves.

“I’m so proud of my little cousin for wanting to pursue her dreams and coming past her mom’s trials and tribulations, herself,” Williamson said.

While Winsness was once not much different from their parents, he’s using his life after prison to make a difference in the lives of others.

“When I’m long gone and buried, I think this will still be going,” Winsness said.

All donations made to the Willy the Plumber Scholarship are handled by the Community Foundation of Utah. If you would like to help, you can find more information by clicking here.